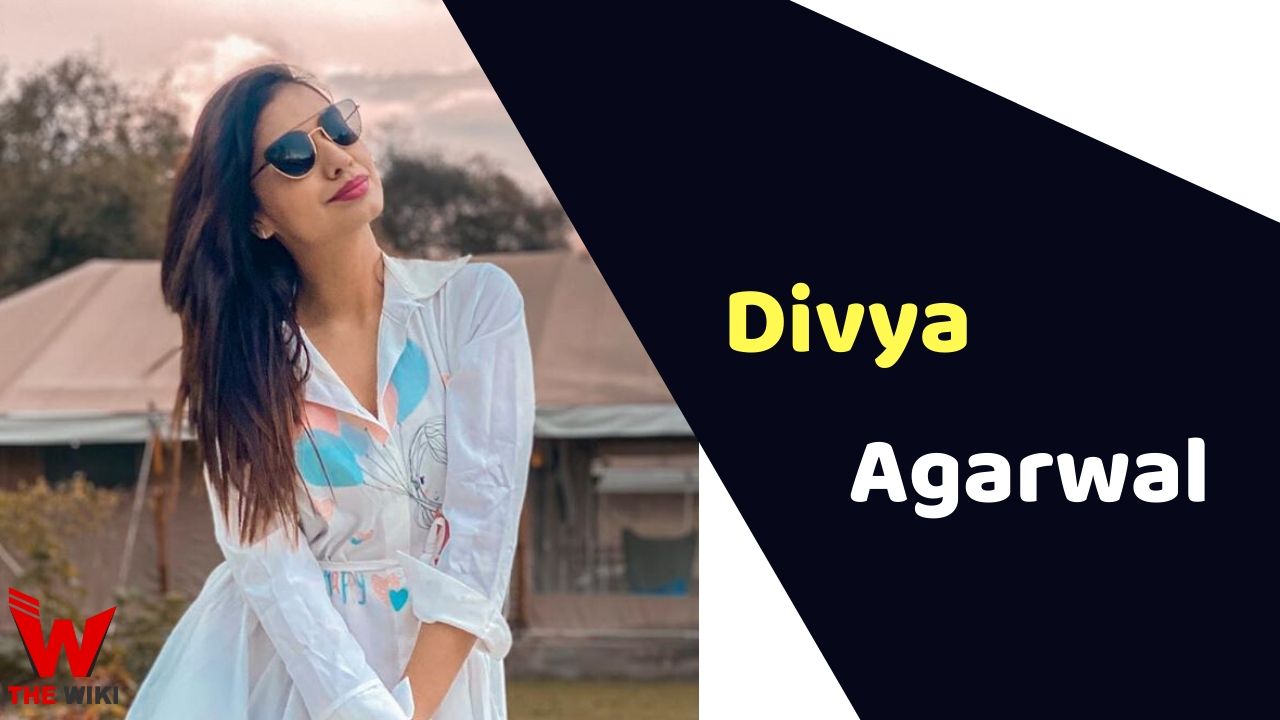 Divya Agarwal is an Indian actress, model and VJ. She is known for the television shows Splitsvilla 10 and Ace Of Space. In 2020, she participated and won first season of Bigg Boss OTT. Divya has been active in the modeling industry since 2015.

Divya Agarwal was born on 4 December 1992 in Mumbai. She is the elder daughter of Sanjay and Rosy Agarwal. Apart from her, she has younger brother Prince Agrawal in the family. Divya was fond of dancing since childhood. This passion brought her into the Mumbai modeling and television industry.

Divya received her early education from Mumbai’s Xavier’s High School. After which she completed graduation from Sanpada College of Commerce & Technology, Mumbai. She has completed her graduation in Mass Communication. She also followed her dance passion while studying and received a diploma in dance from Terence Lewis’s Dance Academy.

Divya Agarwal started her career as a model. She has been a part of many modeling events and ramp walks. Divya gained recognition in the modeling industry with titles like Miss Navi Mumbai, Miss Tourism International India and Indian Princess. After bagging the titles, she appeared in the MTV channel show Splitsvilla 10. The TV show was hosted by Sunny Leone and Rannvijay Singh. She was the runner up in this show.

Divya later appeared in other MTV shows like Date To Remember, Ace Of Space and MTV Roadies. She made her acting debut with the horror web series Ragini MMS: Returns 2.

Divya Agarwal got engaged with Apurva Padgaonkar, a restaurateur on her birthday. The news comes just months after she broke up with her longtime boyfriend Varun Sood. She previously dated Priyank Sharma and Varun Sood.

Some Facts About Divya Agarwal

If you have more details about Divya Agarwal. Please comment below we will update within an hour.