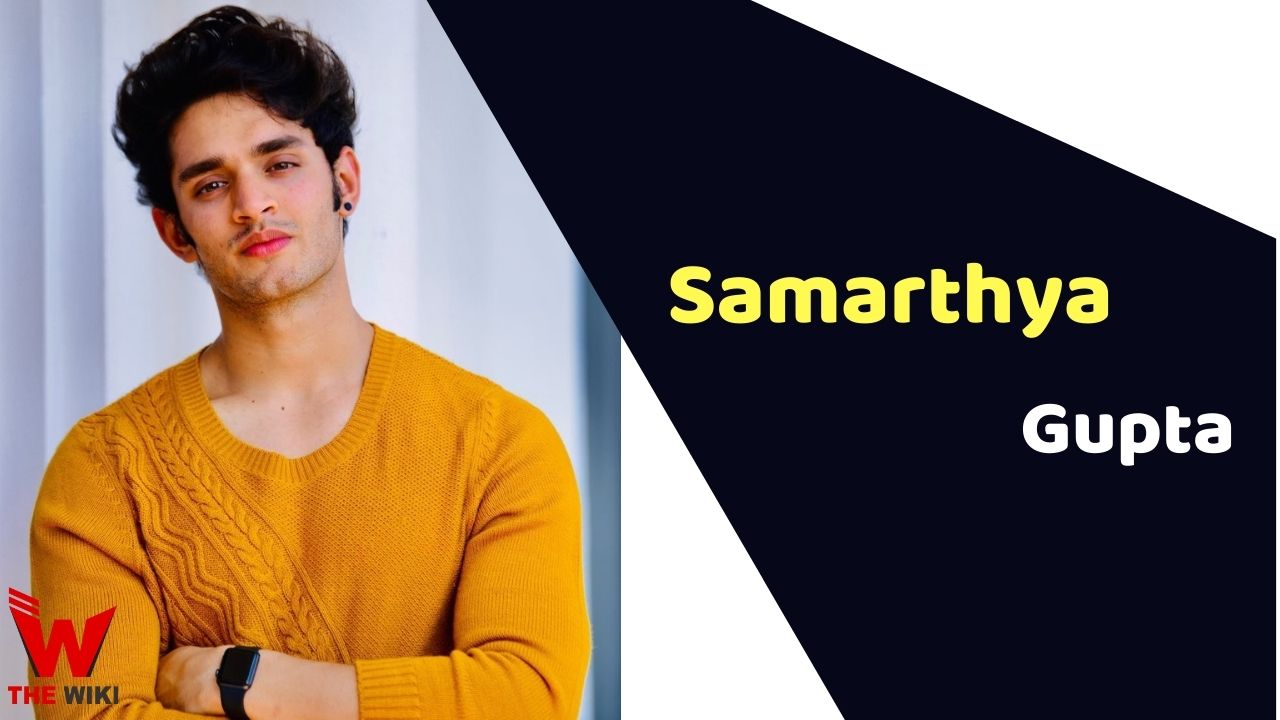 Samarthya Gupta is an Indian model from Jammu. He is mainly known for runner-up of the Mr. India 2019 and winning the titles like “Mr. India Jammu and Kashmir” and “Mr. India Most Popular”. In 2021, he participated as a contestant in MTV Splitsvilla X3 in 2021.

Samarthya Gupta was born on 17 April 1995 in Jammu to a well-settled Hindu family. His father is business man and his mother Rachana Mahajan is housewife.  He also has a brother Aashray Gupta. Samarthya did schooling from a KC Public school, Jammu and Shri Mata Vahino Devi Gurkul, Jammu. He did his graduation from Shri Mata Vashino Devi University, Jammu in Bachelor of Technology in Computer Science. He later moved to Mumbai to boost his career.

Samarthya started his career as a model in the industry and took part in many fashion pageants. He was runner-up of the Mr. Indian 2019 and received titles like “Mr. India Jammu and Kashmir” and “Mr. India Most Popular”. He gained a huge popularity as a model after that and earned a lot of modeling assignments after that and walked on ramps of many fashion shows with many renowned designers and famous brands.

He was also featured in music video ‘Rasam Riwas’ in 2018 and played the role of IAF officer. In 2019, he was selected in Navy from the Naval Selection Board Visakhapatnam (Nsb). Samarthya appeared as a guest of honor at Jammu Star Awards in 2019.

He became contestant of season 13 of a dating show MTV Splitsvilla, hosted by Sunny Leone and Rannvijay Singha. He compete with 22 more contestants in the show.

Some Facts About Samarthya Gupta