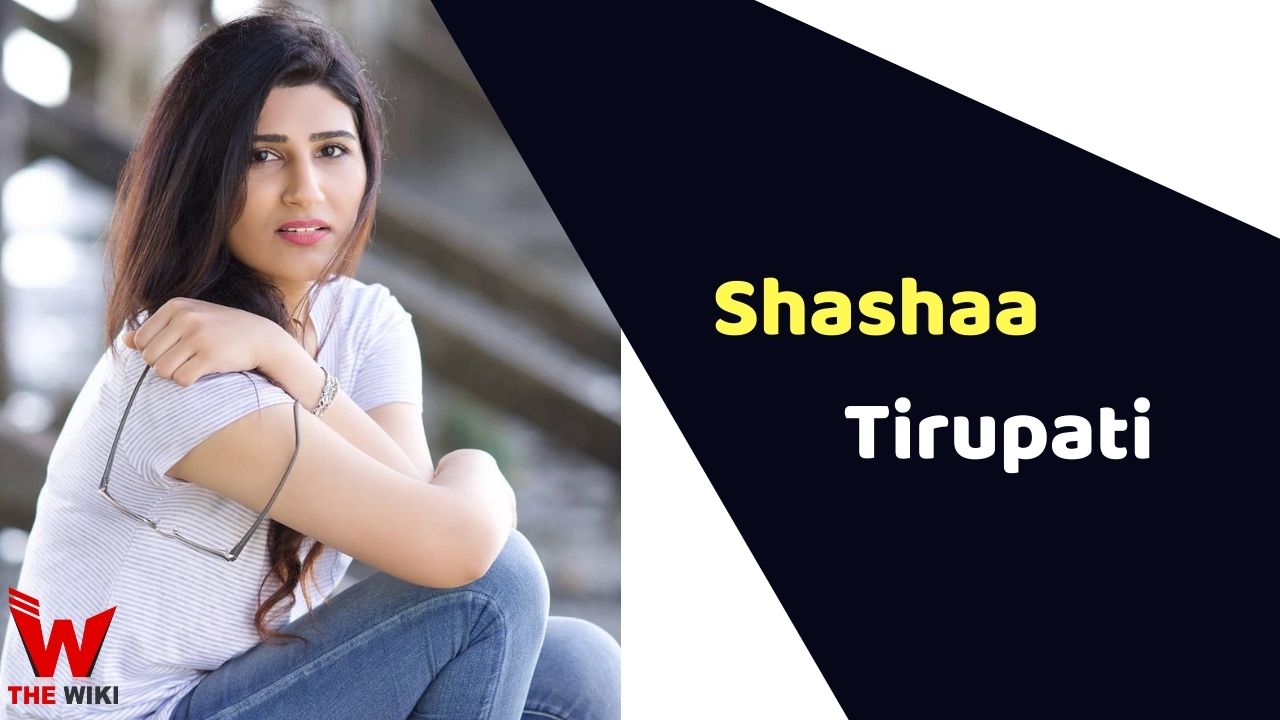 Shashaa Tirupati is an Indo-Canadian musical artist. She has won several awards in the Indian music industry as a playback singer. Besides, mainstream singing she is also a theatre artist and motivational speaker.

Shashaa Tirupati was born on 21 December, 1989 in Srinagar, Kashmir, India. However, Shashaa moved to Canada. She completed her schooling from LA Matheson Secondary School in Surrey, Canada in 2005 and earned a prestigious scholarship for her under-graduation studies at the Simon Fraser University.

Tirupati began her musical training from the early age of six. She began singing for the local radio stations and became the first Red FM Idol at the age of sixteen in Vancouver, Canada. Her training in Hindustani music was given by Kamala Bose in Prayagraj.

She has also been trained under the legendary Girija Devi of the Benaras Gharana. She continued to perform in concerts and festivals while studying, however after her schooling she focused on making a career in playback singing in Bollywood, Mumbai.

Shashaa Tirupathi’s voice was recognized by AR Rahman in Coke Studio season 3 and soon she professionally working under him. She has recorded several solos for him in musical projects and regional albums.

Tirupathi gained popularity in the Tamil music industry and was soon lending her voice to several music directors. She was featured in Tamil songs by AR Rahman in 2015 and also in their Telugu versions. Soon she began singing in not just Tamil but Telugu, Kannada, Punjabi, Marathi, etc.

Some Facts About Shashaa Tirupati

If you have more details about Shashaa Tirupati. Please comment below we will updated within a hour.