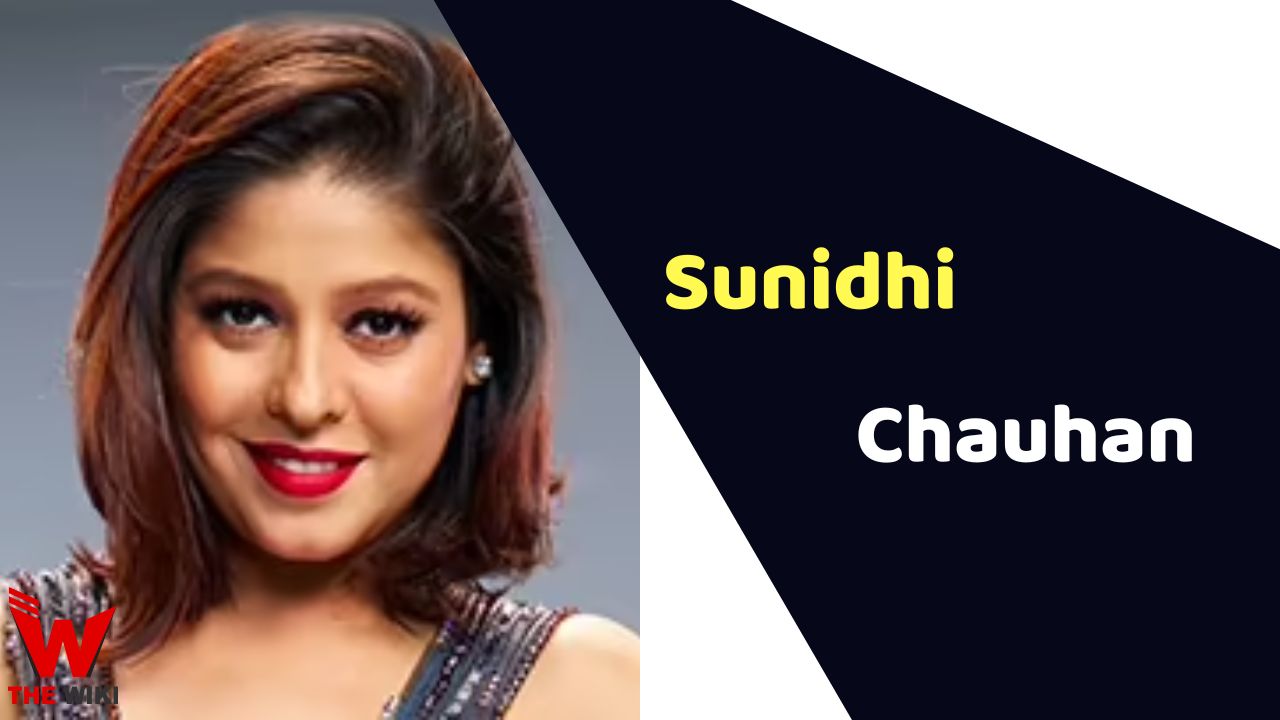 Sunidhi Chauhan is an Indian playback singer. She is known for her versatility as a vocalist. Sunidhi has sung popular songs like Aaja Nachle (2007), Sheila Ki Jawani (2010), and the Udi song of the movie Guzzarish (2010). She has also appeared as a judge on several television reality shows. She also appeared in the Forbes celebrity 100 of India, four times in a row.

Sunidhi Chauhan was born on 14 August 1983.In New Delhi India to a Rajput family. Her father’s name is Dushyant Chauhan, who was a theatre artist at Shriram Bhartiya Kala Kendra. Her mother is a homemaker. She has also a younger sister Sneha Chauhan. Her family background influenced her to pursue a career in music.

She began performing in local gatherings at the age of 5 and made her career debut at the age of 13, with the film Shastra (1996).

Sunidhi did her schooling at Greenway Modern School, Dilshad Garden of New Delhi. After schooling, she left her studies to pursue her career in music. She started taking her formal training in Indian classical music from Gautam Mukherjee.

Sunidhi started her career with the song Ladki Deewani Dekho for the movie Shashtra in the year 1995. She sang this song alongside the legendary Udit Narayan and she was given break by the music director Aadesh Shrivastava who heard her voice at the 40th Filmfare Awards with the group Little Wonder.

In 1995, She released her first album Aira Gaira Nathu Khaira. Sunidhi then worked as a background vocalist for two years. She made her breakthrough with the song Ruki Ruki Si Zindagi from the film Mast (1999). She received two Filmfare nominations for the song.

Sunidhi has also made several guest appearances in the movies like Bhoot (2003), Hawaa Hawaai (2014), and Rangoon (2017). Her first appearance was in the film Ehsaas: The Feeling (2001). She also acted in the short film titled Playing Priya in the year 2016.

Sunidhi married Bobby khan in 2002 but because of the marriage she got distanced from her family and they disowned her due to some problems in their relationship Sunidhi and Booby got separated after a year of their marriage.

She then came into a relationship with Hitesh Sonik, who was her childhood friend. They decided to get married on 24 April 2012 and now they are blessed with a son named Tegh Sonik (born on 1 January 2018).

Some Facts About Sunidhi Chauhan

If you have more details about Sunidhi Chauhan. Please comment below we will update within an hour.