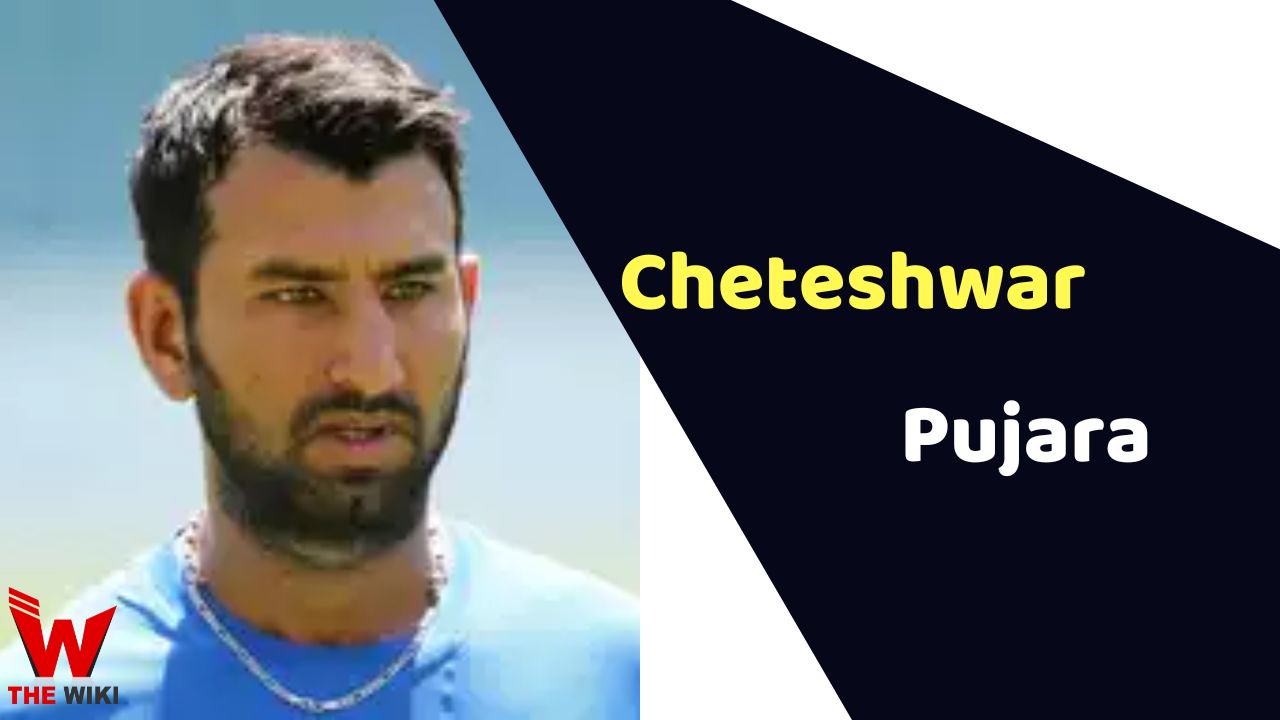 Cheteshwar Pujara is an Indian international cricket player. He is a right-handed batsman, who plays test cricket for India and is the representative of the Saurashtra cricket team in domestic cricket. In 2021, he is ranked as the World No. 14 Test batsman by ICC Player rankings.

Cheteshwar Pujara is born on 25 January 1988 in Rajkot, Gujarat to Hindu Brahmin Family. His father Arvind Pujara is a former Ranji Trophy player for Saurashtra. His mother Reema Pujara died due to cancer when he was just 17 years old.

Cheteshwar started his career by playing in Under-19 cricket. He played first match against England in 2005 and scored 211 runs in opening innings which helped India to win by 137 runs. He was later included for the 2006 Under-19 Cricket World Cup and became leading run-scorer of the Under-19 World Cup where he scored 349 runs from 6 innings, including three fifties and a century.

Cheteshwar made her debut in Ranji Trophy on 17-20 December 2005, in Rajkot against Vidarbh, in which he scored 11 and 14 runs in two innings. He came into limelight when he scored 203 not out against Madhya Pradesh at the Saurashtra Cricket Association Stadium at Rajkot to qualify Saurashtra for the 2012–13 Ranji Trophy quarter-finals.

Pujara became leading run-scorer for Saurashtra by making 437 runs in four matches in the 2017–18 Ranji Trophy and directly helped the team to reach finals. Later in Syed Mushtaq Ali Trophy, he scored his maiden T20 century and became the first batsman for Saurashtra to score a century in a T20 match.

Cheteshwar was included in Indian Cricket Team for the two matches Test series against Australia in 2010, replacing Yuvraj Singh. He opened in second Test on on 9 October 2010 at Bangalore when Gautam Gambhir and VVS Laxman both injured. In August 2012, he made a comeback into the team and made his first International Test century, 159 against New Zealand at Hyderabad. Since then, he is integral part of Indian Test Team. He scored approx. seven thousands runs in 96 matches for India.

Cheteshwar played his first International ODI match on 1 August 2013 in Bulawayo when India tour of Zimbabwe. He scored only 13 runs in 24 balls in debut inning.

Cheteshwar married Puja Pabari on 13 February 2013 in Rajkot. The duo got blessed with a baby girl named Aditi on 23 February 2018. He also been appointment as brand ambassador of Gujarat by the election commission in the year 2014.

Some Facts About Cheteshwar Pujara

If you have more details about Cheteshwar Pujara. Please comment below we will update within an hour.