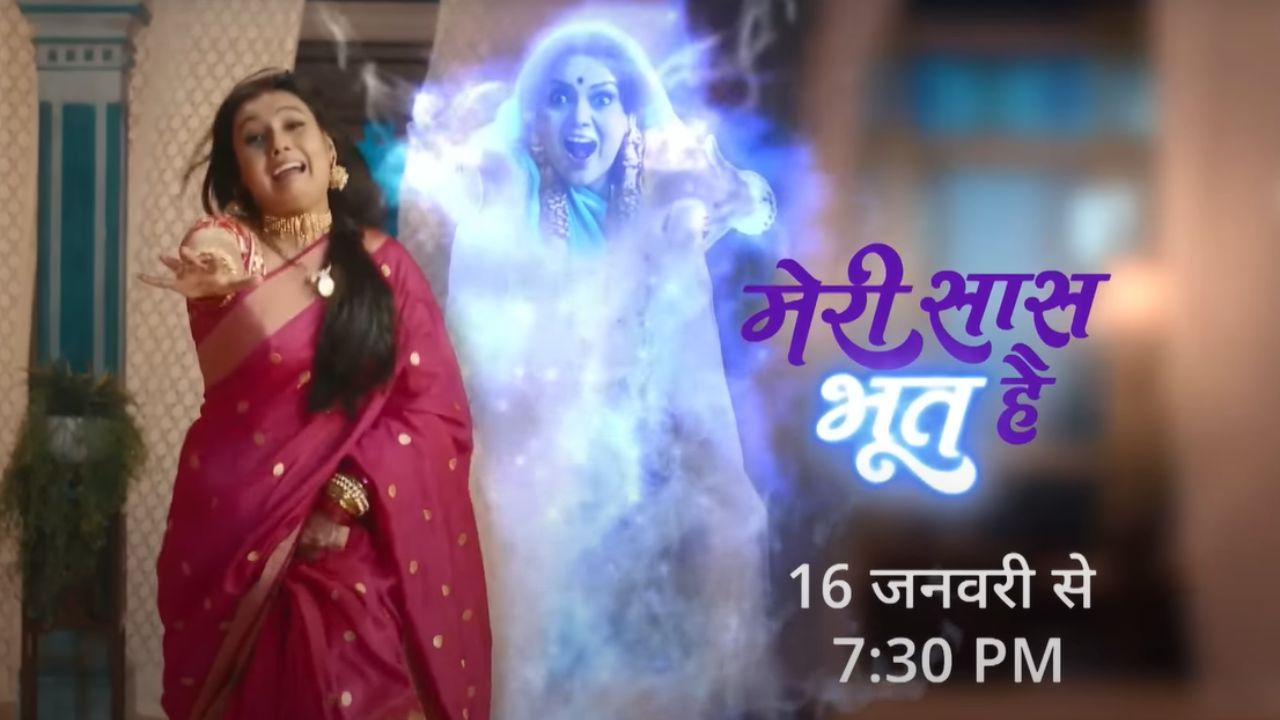 Meri Saas Bhoot Hai is an Indian horror-comedy television serial produced by Rupali Guha and directed by Rahib Siddiqui. It stars Kajal Chauhan, Vibhav Roy and Susmita Mukherjee. It is made under the banner of Film Farm Productions. The show is premiered on 23 January 2022. The show is is based on Star Jalsha’s 2019 series Chunni Panna.

Meri Saas Bhoot Hai is telecast from Monday to Friday at 7:30pm on Star Bharat channel. The show is also available for online streaming on Disney+ Hotstar. Its first promo was launched by the channel on 20 December 2022. The show was initially to release on 16 January 2022 but shifted for a week.

If you have more details about the show Meri Saas Bhoot Hai, then please comment below down we try to update it within an hour