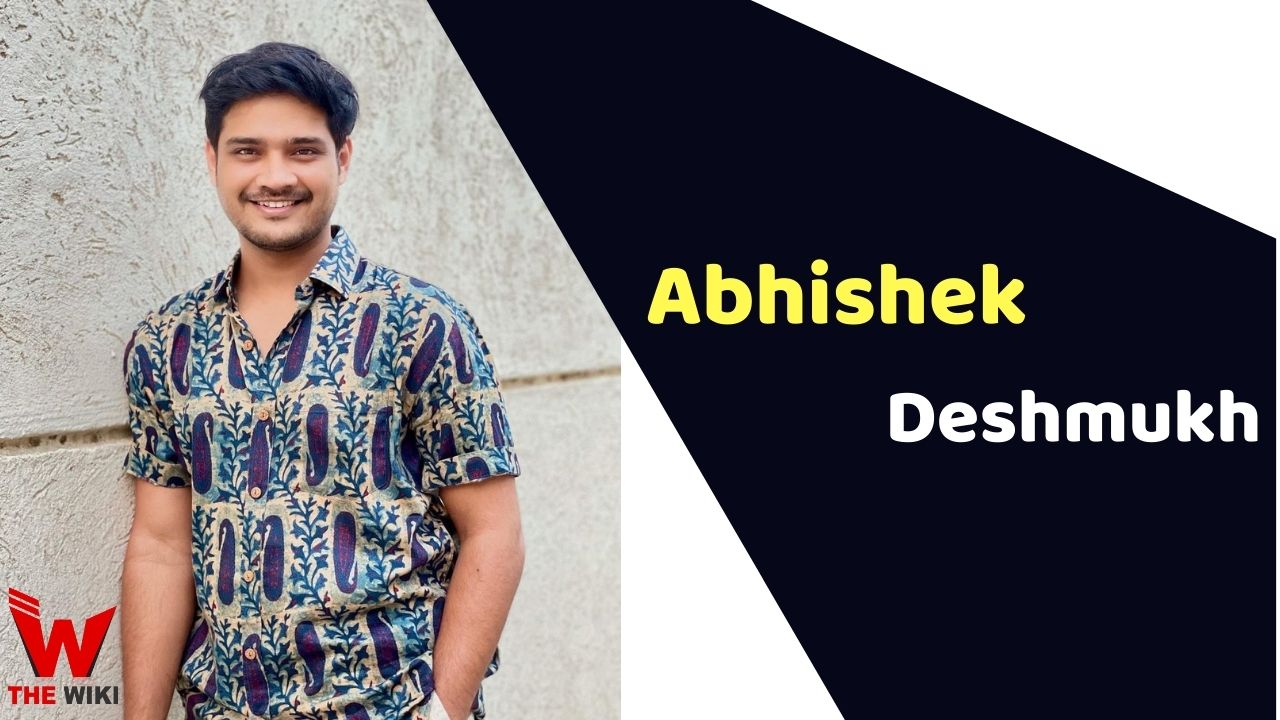 Abhishek Deshmukh is an actor and writer. He is known for playing role of Yash Deshmukh in popular Marathi television show Aai Kuthe Kay Karte aired on Star Pravah channel.

Abhishek as a freelance wrote and directed plays like Doan Goshti (long act), Karve…by the way! (solo act) and O! Frida (solo act). He has also written a musical show Paighaam. His solo act Karve by the way was based on the life of R. D. Karve. He also acted in the Maharashtra Cultural Centre’s Grips play Ekda Kay Zale. Some of his works include Marathi television program Passant Ahe Mulagi. His best known feature film is Home Sweet Home.

His plays Hey Frida! And Karve… Tase were also listed for international festivals in Bulgaria 2015 and Egypt in 2016. He is currently he playing Yash Kumar (Arundhati’s son) in Marathi daily soap Aai Kuthe Kay Karte!. The show is based on the Bengali series Sreemoyee on Star Jalsha. It talks about a middle-aged housewife whose life is dedicated to her husband and children. The show airs on Star Pravah in Marathi.

Abhishek got married to actress Kritika Dev in 2018, who is known for her work in FilterCopy’s popular YouTube video ‘Perks Of Being Short’. She also worked in films like Delivery Girl and Panipat.

Some Facts About Abhishek Deshmukh

If you have more details about Abhishek Deshmukh. Please comment below we will updated within a hour.