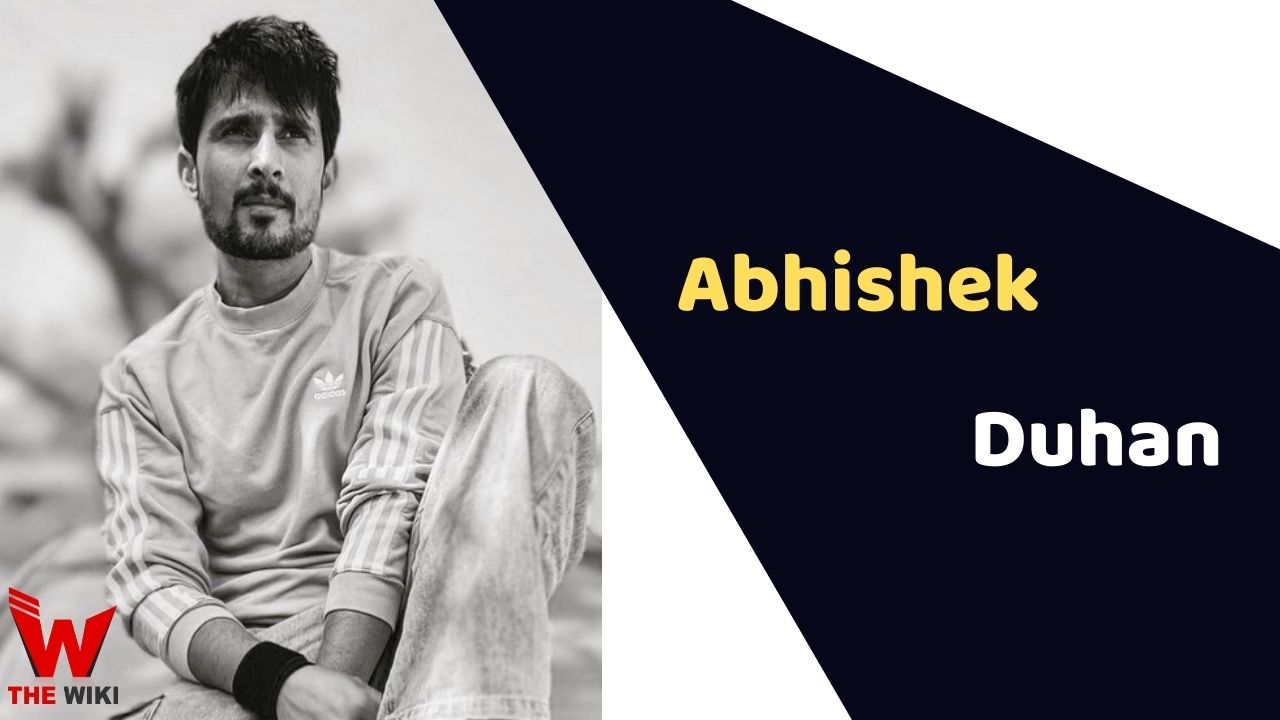 Abhishek Duhan is an Indian television and film actor. He is popularly known for his work in Sultan, Golmaal Again, and Pataakha. In 2022, he played lead role of Hari in MX Player’s web series Dhahanam.

Abhishek Duhan was born in Haryana. He started his career with the television drama series Shubh Vivah as Madan in 2012. He acted in the crime drama-mystery series CID as Kartik in 2014. Abhishek debuted with the action drama-romance movie Teraa Surroor as Haider in 2016. The the same year, he appeared in the action drama-sport film Sultan as Titu followed by My Father, Godfather as Titoo.

In 2018, Abhishek did a comedy-romance movie Veerey Ki Wedding as Kakka. He played the role of Vishnu in the 2018 action comedy-drama film Pataakha, based on the short story of Charan Singh Pathak Do Behnein. The Next year, he figured as Babloo Chaudhary in the comedy crime-drama movie Ek Ladhki Ko Dekha Toh Aisa Laga in 2019.

He got featured in the crime series Dhahanam as Hari, a Naxalite rebel functioning out of the forest using guerilla combat against the landowners in 2022.

Some Facts About Abhishek Duhan

If you have more details about Abhishek Duhan. Please comment below we will updated within a hour.