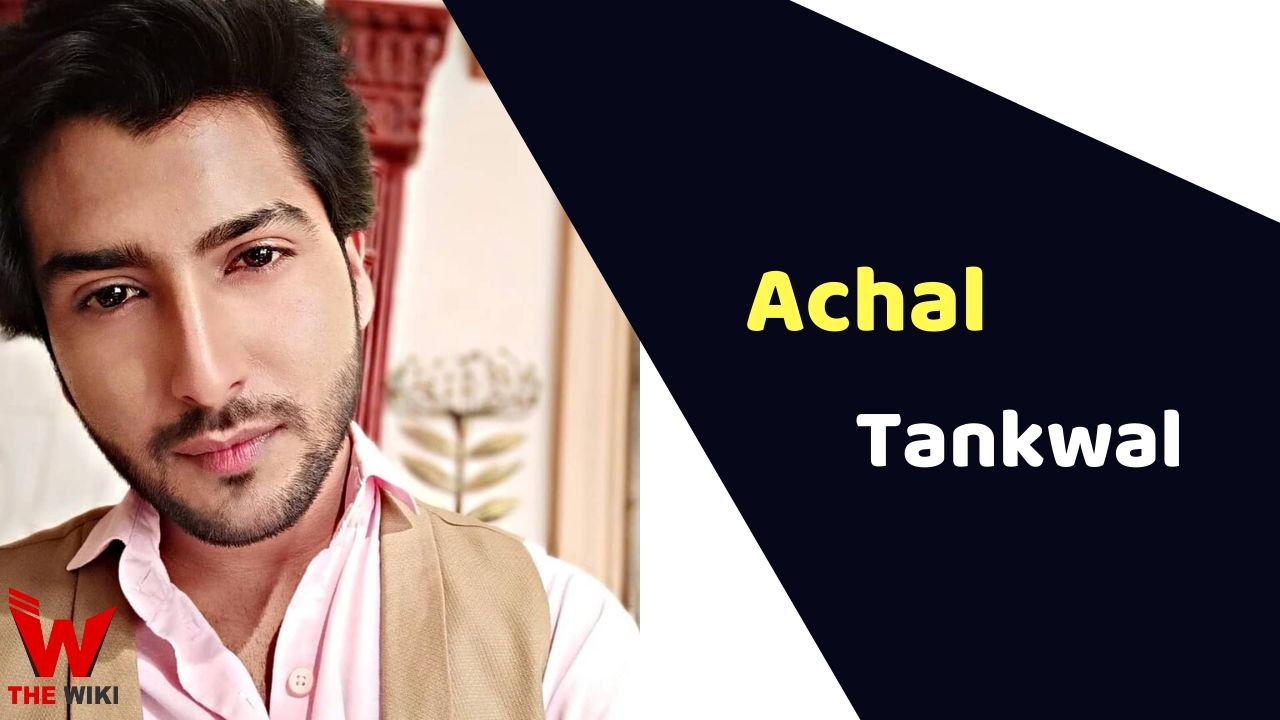 Achal Tankwal is an Indian television actor. He is known for television serials Guddan Tumse Na Ho Payega and Dil Jaise Dhadke Dhadakne Do. He is active in the television industry since 2018.

Achal Tankwal was born in Indore, Madhya Pradesh. He is the younger son of Rajesh Tankwal and Veena Tankwal. He also has elder brother Harshad Tankwal in the family. Achal has fond of dancing and acting since childhood. He was always participating in the cultural programs in school.

Tankwal received his early education from Marthoma Higher Secondary School, Indore. After completing his schooling, Tankwal got civil engineering degree from a famous college in Indore. After completing college, he also worked for some time, but he bored with the job. Later he started studying fashion designing, but he opt out in the middle. Finally, he followed his childhood passion and got an acting diploma from ITA School of Performing Art, Indore. During this time he was also active in theater.

Achal moved to Mumbai in the middle of 2018 to pursue a career in the acting industry. He was selected for a show on Zee TV channel after giving around 130 auditions in Mumbai. Achal started his career with the serial Guddan Tumse Na Ho Payega. He appeared in an important character of Angad Jindal in this serial. After this show, he was selected for the Star Plus show “Dil Jaise Dhadke… Dhadakne Do”. In this show, he is going to be seen in the role of Raju who is the elder brother of Iti.

Some Facts About Achal Tankwal

If you have more details about Achal Tankwal. Please comment below we will updated within a hour.