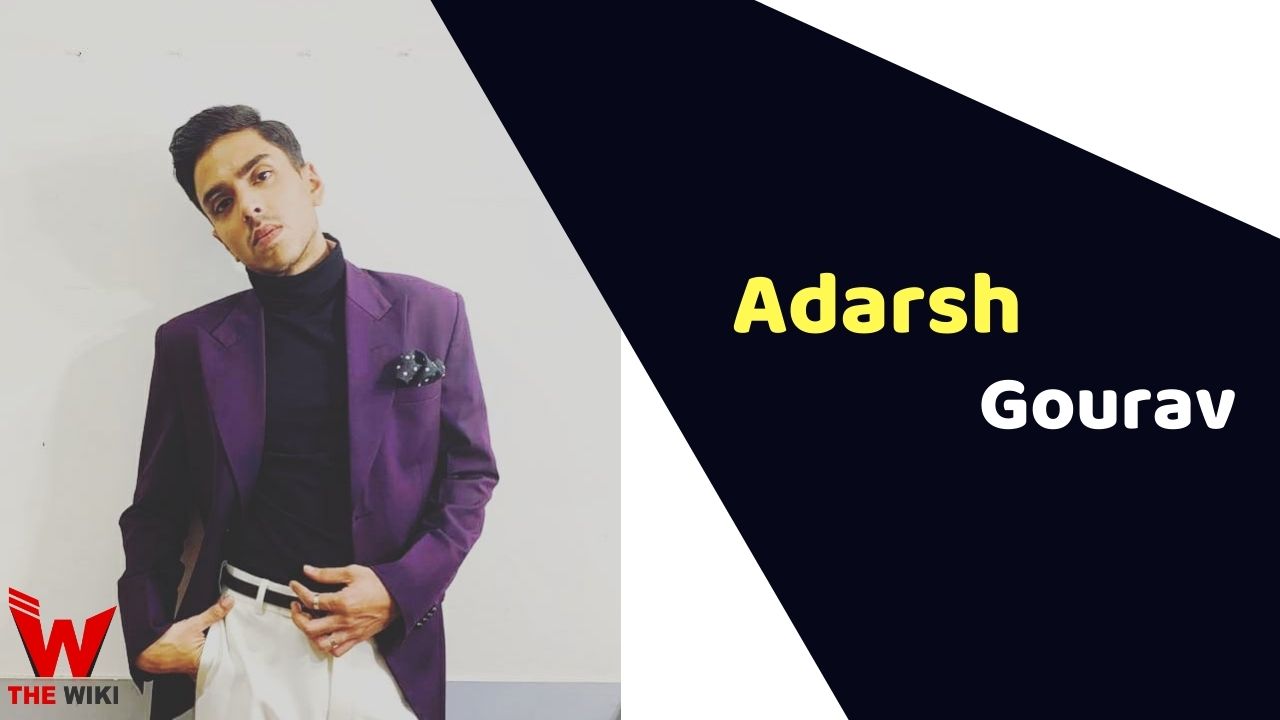 Adarsh Gourav is an Indian actor, who predominantly works in Hindi film and television. He started her career at the age of 15 years old with film My Name is Khan, directed by Karan Johar. He has also worked in several web series such as Leila, Hostel Daze and Die Trying.

Adarsh Gourav was born in 1994 in Jamshedpur, Jharkhand to a middle-class family. His father is an employee in the Central Bank of India. He has an elder brother, who is an Investment Banker. Adarsh was passionate about acting as well as singing since his childhood. When he was in college he formed a band called ‘Oak Island’, in which he was the lead vocalist.

In 2009, he auditioned for Shah Rukh Khan starring film My Name is Khan. Though, he was not selected for the audition he did rather he was taken up for the role of young Shah Rukh aka Rizwan. After this, he decided to shift to Mumbai and pursue a career in acting.

Adarsh worked in a short movie Who Killed My Valentine? in 2014. In 2016, he was seen in a romantic film Madly alongside Radhika Apte. Next year, he was cast for a crime-thriller movie, Mom by filmmaker Ravi Udyawar. He played a small character of Mohit in this movie. The movie stood as one of the super-hits of that year. The same year, he did another film called Rukh in which he played the role of ‘Dhruv Mathur’. It was a mystery film directed by Atanu Mukherjee. He was also featured in a short film called Toothache.

Adarsh also appeared on television in a comedy serial Die Trying in which he played the lead role of ‘Jason’. He was also part of Leila and Hostal Daze.

Some Facts About Adarsh Gourav

If you have more details about Adarsh Gourav. Please comment below we will updated within a hour.