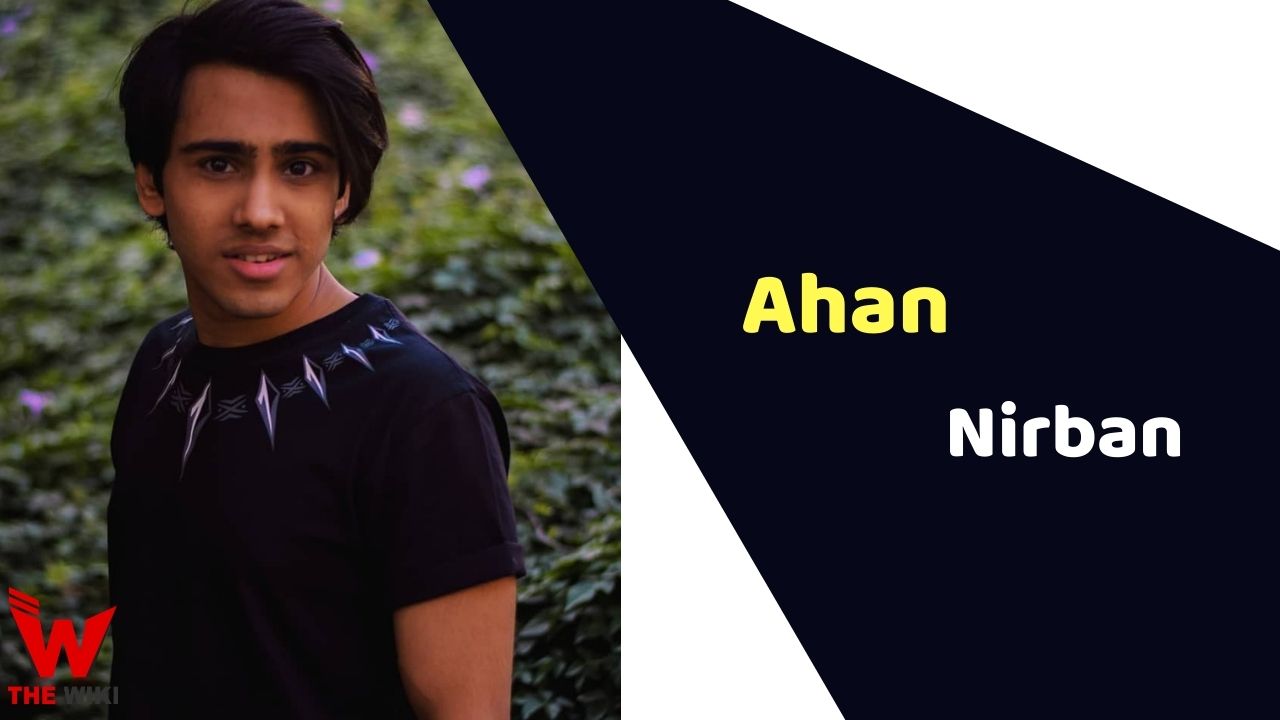 Ahan Nirban is a film actor, who mostly works in web series. He is best known for his role in TVF web series Yeh Meri Family. He has the award of The Best Actor on stages of Cinta and Indian National Theatre in 2018.

Ahan Nirban was born in 1999 and completed his high school from St. Thomas Academy. Nirban started working as a child artist in the year 2007. His first appearance on TV was on Horror show when he was 8 years old. He has also worked in mythology shows of Sagar Arts like Sai Baba, Jai Shri Krishna. Ahan wanted to explore more in his acting, hence started doing theatre. He has
also been a part of Out of the box production and was a Stage Manager for their
plays.

Ahan is famous for playing an important role in Yeh Meri Family, a TVFs mini web-series also featured on Netflix. In 2021, He was seen in Disney’s Hotstar Quix’s Bhopal to Vegas, a story about three friends come together to arrange bachelor parties in the small towns of India, just like it happens in movies with the condition is that of secrecy.

Ahan was also seen in film Kaun Con Hai, which revolves around a middle-class father, a desparate grandmother and a troubled group of people set in different eras, in different states. The film released on 5th May 2021.

Some Facts About Ahan Nirban

If you have more details about Ahan Nirban. Please comment below we will updated within a hour.