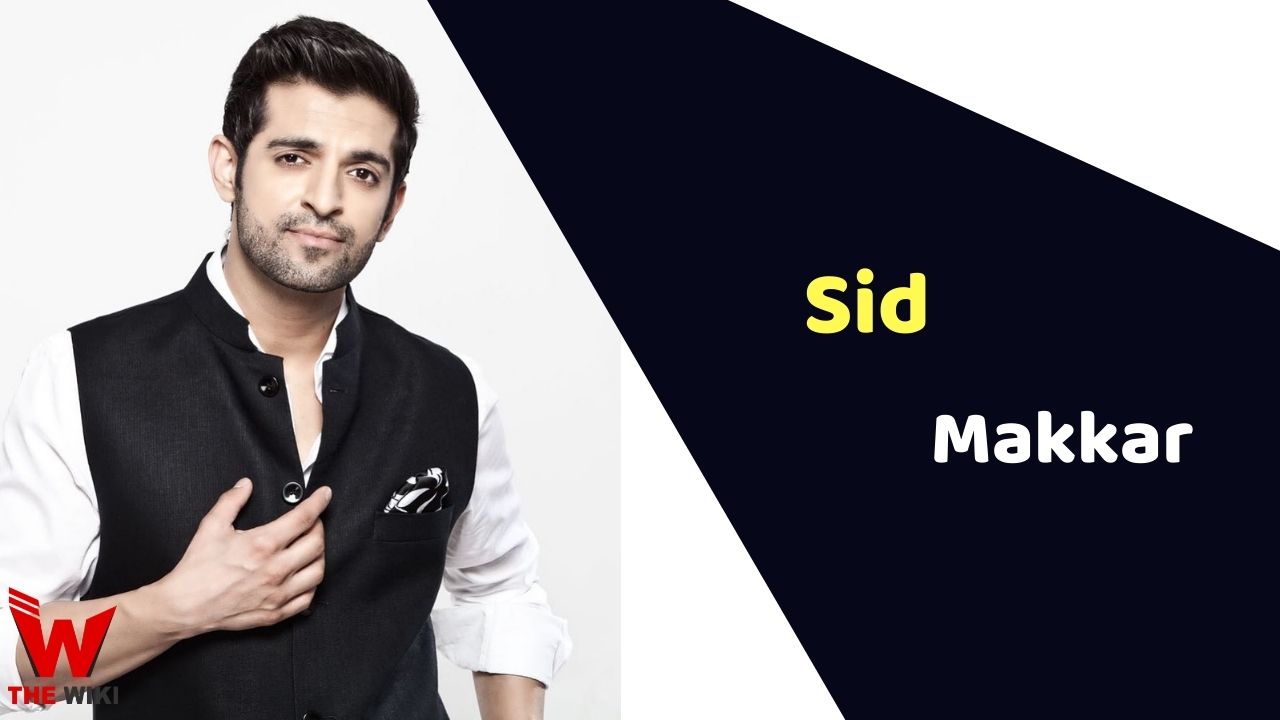 Sid Makkar is an Indian television actor and a film actor. He has acted in both Hindi and English language films. He is best known for his roles in serials such as Kahaani Hamaaray Mahaabhaarat Ki and Ghar Ki Lakshmi Betiyann. He has been nominated for the Zee Rishtey Award for the category of Favorite Bhai and also won the Zee Rishte Award for Favorite Nayi Jodi.

Sid Makkar was born on 15th May in Amritsar, Punjab. He was born and brought up there only and he always wanted to be an actor and was extremely passionate about acting in his childhood days. During his school days he actively took part in different plays, activities, and other co-curricular activities.

Makkar started his career with the Bollywood film named Kis Kis Ki Kismat, in which he played the role of Harish Mehta in 2004. He is best known for his role in Star Plus show Ye Hai Mohabbatein, in which he played the role of Vidyut. Sid also worked in web series such as Made in Heaven as Bilal and other include Senses8, Rain, Spotlight and Faceless.

Sid Makkar married to Shalini Makkar, who is an airhostess.

Some Facts About Sid Makkar

If you have more details about Sid Makkar. Please comment below we will updated within a hour.