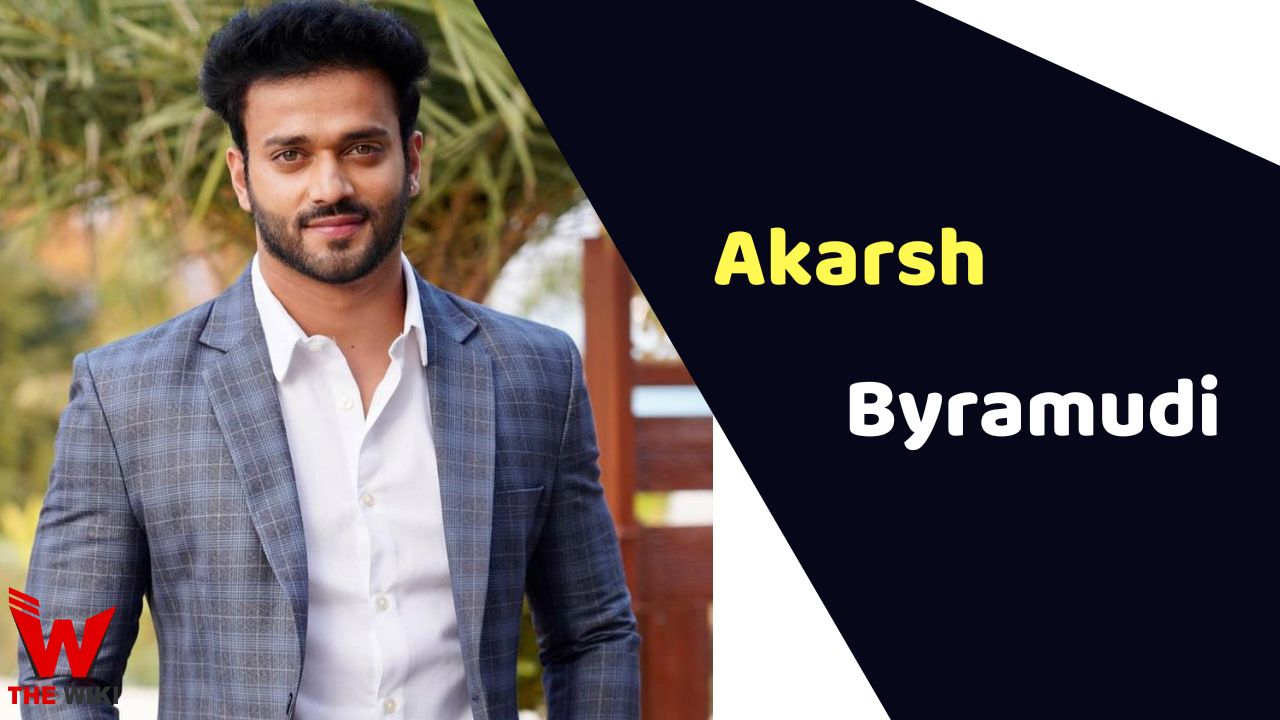 Akarsh Byramudi was born on 1 August 1993 in Sakleshpur, Karnataka. His father’s name is Subbarayudu Byramudi who is a Tea-Coffee seller and his mother Hernavathy Byramudi is a house wife. Akarsh completed his schooling from High Secondary School of Mysore and then went to Bangalore to pursued his Bachelor of Commerce from Bangalore University.

Akarsh began his acting career through feature in Kannada TV serial Seetha Vallabha where he played a role of Arya aired on Colors Kannada in 2018. Later, he made his debut in Telugu TV serial industry by appearing in Punnaga. He portrayed the main character of Anirudh with alongside Anjana, Jyothi Reddy, and Bharani.

Akarsh featured in Zee Telugu’s Attarinto Akka Chellelu, appearing as Adithya with alongside Chaitra Rai. The serial got immense popularity and the lead actors won the Best Couple award in Zee Kutumbam Awards alongside with actress Chaithra Rai in 2019. In 2022, Akarsh grabbed headlines for portraying the main role of Rudra in Zee Telugu’s serial Rajeshwari Vilas Coffee Club.

Some Facts About Akarsh Byramudi