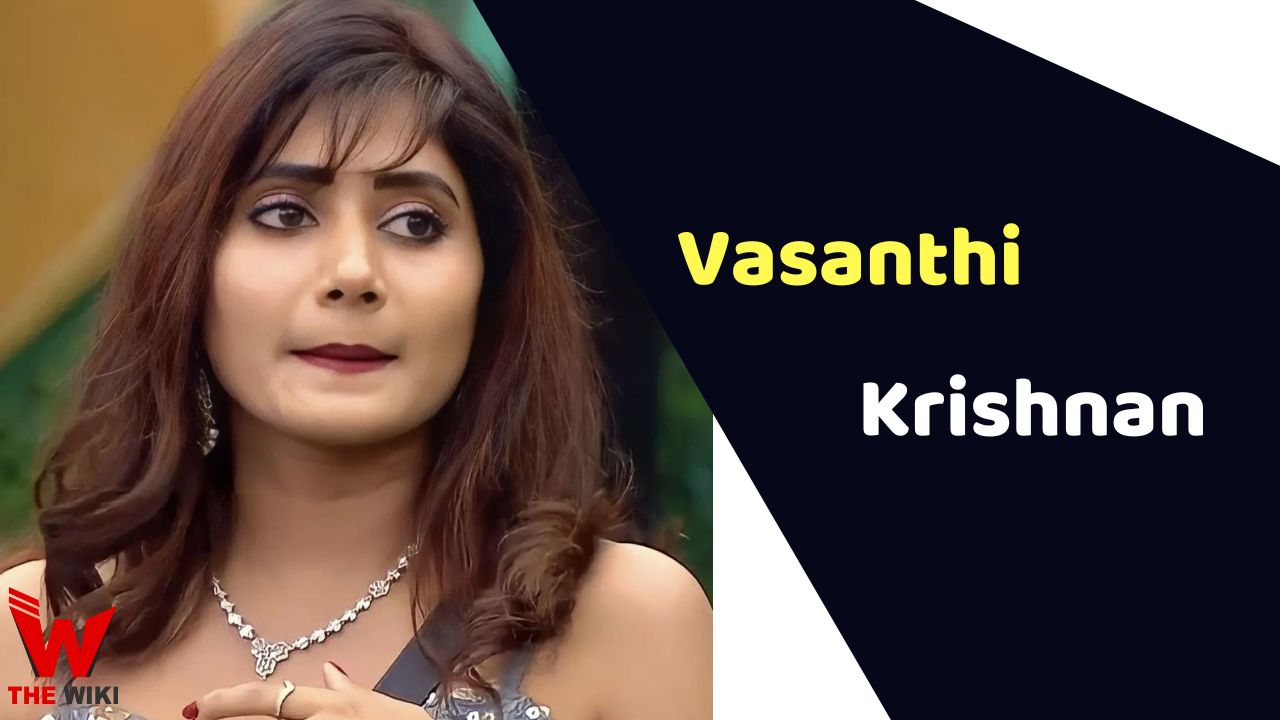 Vasanthi Krishnan is an Indian actress and model who predominately works in Telugu televison serials. She is popularly known for portraying the role of Sakshi in the Telugu romantic drama serial Guppedantha Manasu in 2020.  Moreover, she has also appeared in some Telugu serials like Siri Siri Muvvalu and Gorintaku.

Vasanthi Krishnan was born on 25 May 1997 in Tirupati, Andhra Pradesh. She has completed her schooling from Narayna Junior College, Tirupati and then went to University of Tirupati where she pursued her bachelor’s degree in aviation.

Vasanthi started her career as fashion stylist and then took part in several modeling competitions. She has done several print shoots for newspapers. After a brief modeling career, she entered in world of acting where she first appeared in Telugu serial Siri Siri Muvvalu, playing female lead role aired on Star Maa in 2019. After that, Vasanthi got popularity for playing a main role of Sakshi in Star Maa’s romantic serial Guppedantha Manasu in 2020.

In 2021, Vasanthi made her debut in film industry with Telugu film Cauliflower where she appeared as Neelaveni. The same year, she appeared in Telugu album song Neela Jaarina Oh Taara with alongside Ravi and Sandeep. In 2022, she took part in Telugu Bigg Boss season 6 where she recognized for appeared in Cauliflower. Later in December 2022, Vasanthi grabbed headlines for playing the main character in Star Maa’s popular serial Avunu Valliddaru Ishta Paddaru.

Some Facts About Vasanthi Krishnan

If you have more details about Vasanthi Krishnan. Please comment below we will update within an hour.