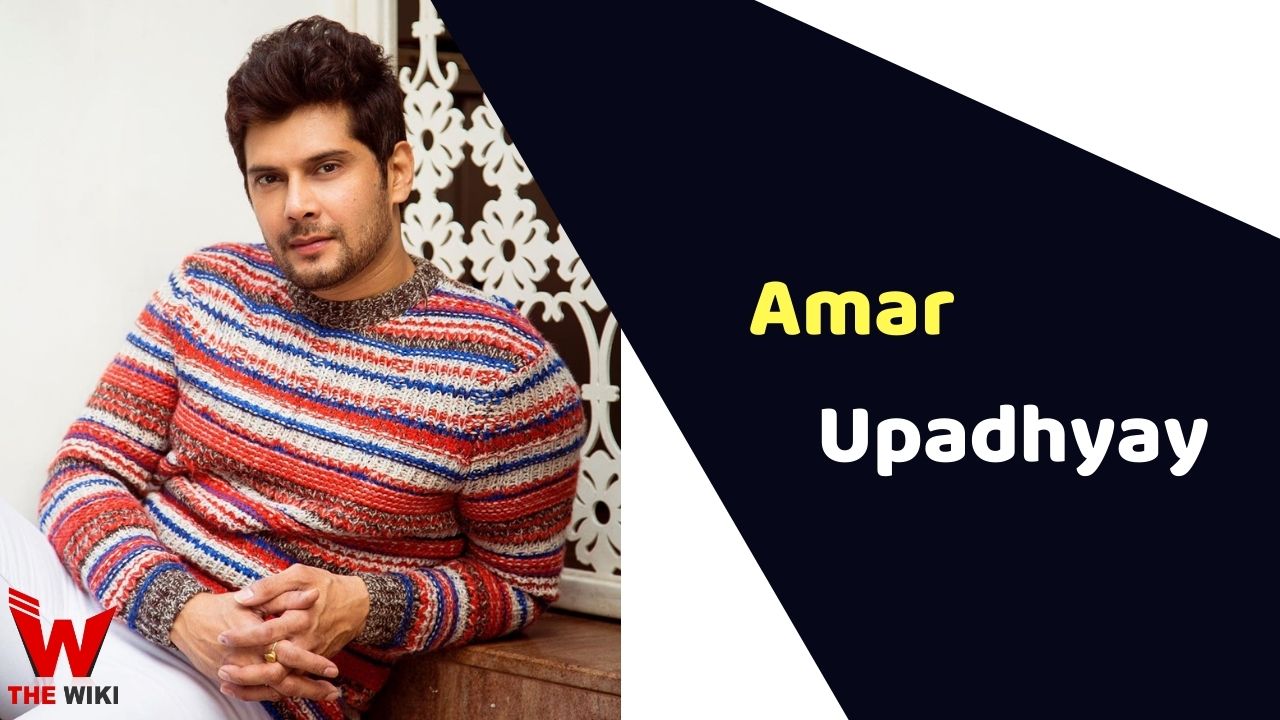 Amar Upadhyay is an Indian television actor and model. He has done some remarkable work but is majorly remembered for his work as “Mihir Virani” in show Kyuki Saas Bhi Kabhi Bahu Thi. Recently he appeared in television show Maulki in which he is playing the role of Virender Pratap Singh.

Amar Upadhyay was born on 1 August 1976 in Ahmedabad, Gujarat. In childhood, his family shifted to Mumbai and he grew up in Malad, Mumbai. He currently resides in Versova, Mumbai.

Upadhyay did his schooling from Dhanamal High School, Kandivali West, Mumbai. He was always a keen learner and he went to peruse his bachelor’s in chemical engineering from Bombay Institute of Technology Worli, Mumbai. He started modelling during the college studies.

Amar used to model for various magazines but was initially spotted by his appearance on the Stardust magazine in 1994. This led him to his first role in the serial called Dekh Bhai Dekh and it turned out to a stepping stone for his acting career. His initial show was followed by TV series like Arzoo, Suhana Safar, Tulsi, and Mehndi Tere Naam Ki. Amar’s breakthrough came from the show Kyuki Saas Bhi Kabhi Bahu Thi in 2002, where played male lead role of Mihir.

After taking a break for almost 2 years, Upadhyay returned to the TV screen by the show called Chand Ke Paar Chalo and also contributed to other shows named, Saath Nibhana Sathiya and Ek Dewaana Tha.

Amar is married to Hetal Upadhyay and the couple is blessed with one son named Aryaman Upadhyay and one daughter named Chenab Upadhyay. His kids also excel in Taekwondo like him.

Some Facts About Amar Upadhyay

If you have more details about Amar Upadhyay. Please comment below we will updated within a hour.