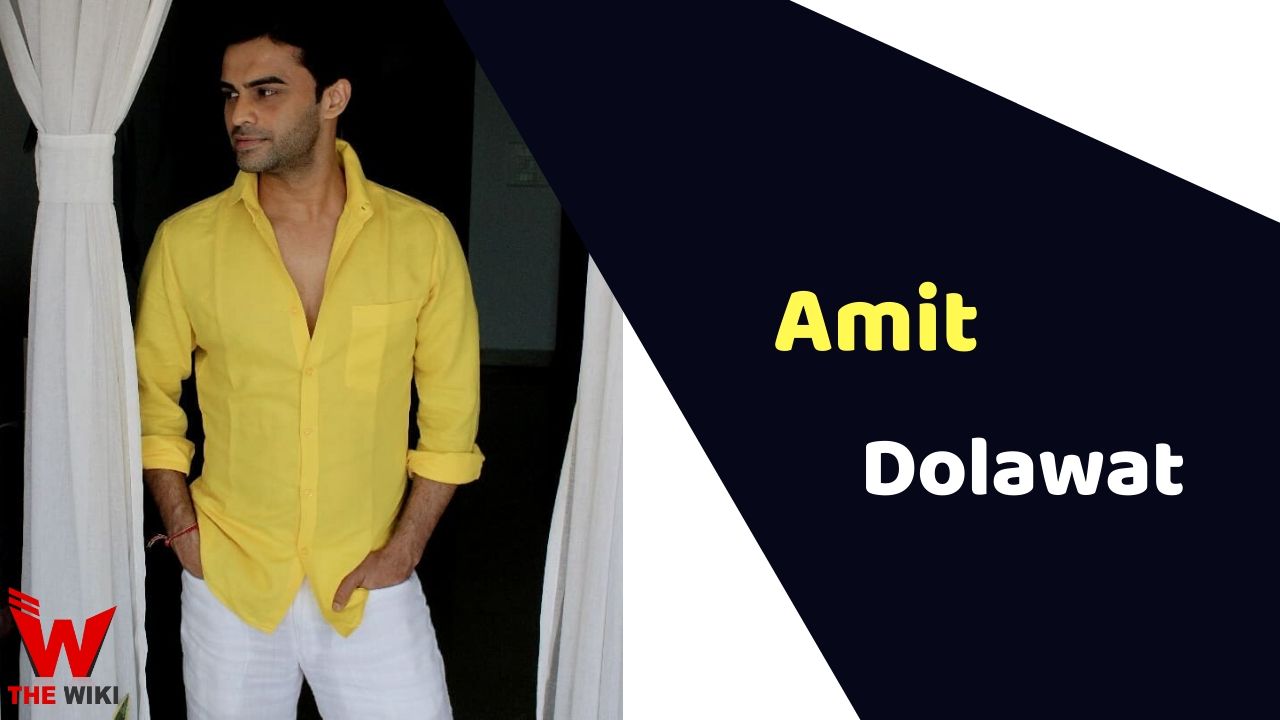 Dolawat was born in Jaipur, Rajasthan. He was fond of dancing and acting since his childhood. After completing his studies, he got a chance to work in a TV serial Piya Ka Ghar. His debut show earned him a lot of fame in the television world. After this Dolawat got the opportunity to work in many famous TV shows like Saat Phere, Yeh Rishta Kya Kehlata Hai, Sasural Genda Phool, Diya Aur Baati Hum, Badi Door Se Aaye Hai etc. He has worked in more than 50 TV shows in his career.

Amit Dolawat married his long time girlfriend Cheshta Sharma on 14 February 2017. Only his family and close friends were involved in this marriage. Chestha is an Air Hostess by profession.

Some Facts About Amit Dolawat