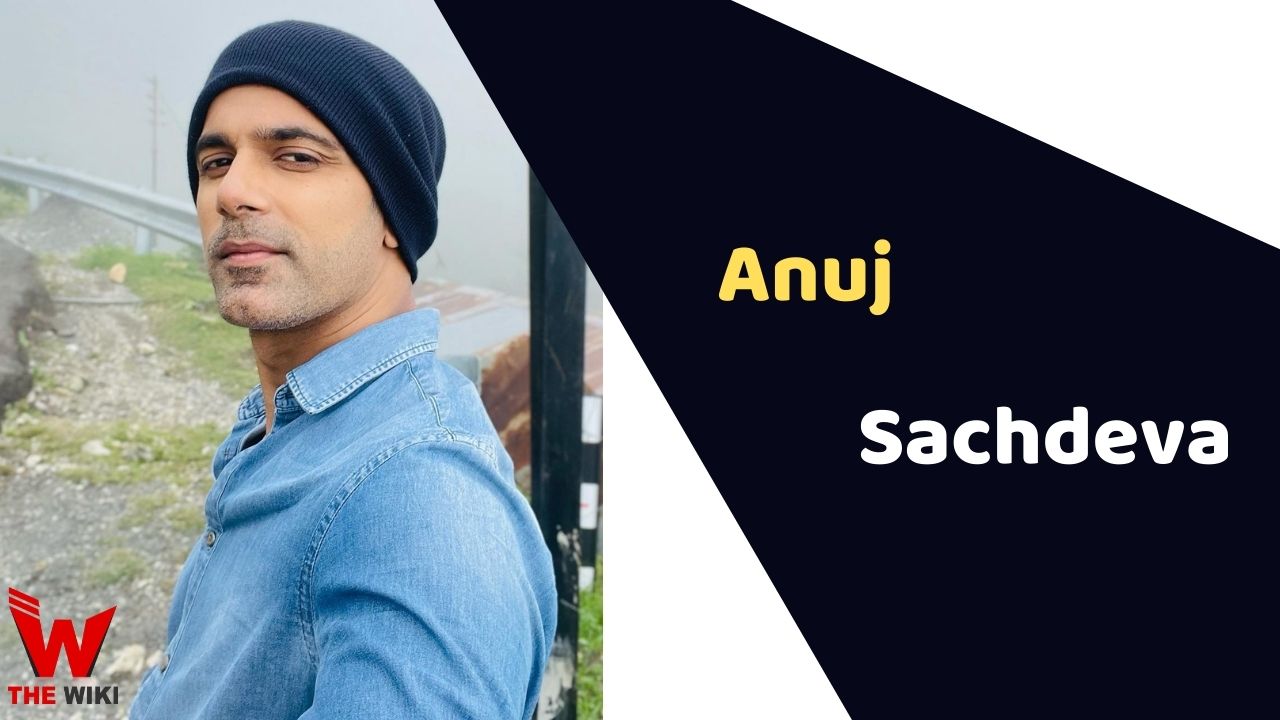 Anuj Sachdeva is an Indian television and film actor and model. He is renowned for his role as Amrit in the tv show Sabki Laadli Bebo. He got seen depicting the role of Sahil Sengupta in the famous show Swaragini-Jodein Rishton Ke Sur premiered on Colors TV.

Anuj Sachdeva was born on 5 October 1984 in New Delhi, India. His father’s name is Prem Sachdeva, and his mother’s name is Shama Sachdeva. He did his schooling at N C Jindal Public School, New Delhi, and graduated from Delhi College of Arts and Commerce and Lee Strasberg Theatre and Film Institute, New York.

By the time her acting career took off, Sachdeva was employed by his father in the shoe industry. He is also an experienced footwear designer. He started his work as a model and actor at the behest of his father.

Anuj Sachdeva began his career with the television youth-based reality show MTV Roadies season 3 as a contestant from 2005 to 2006. From 2009 to 2011, he starred in the television drama show Sabki Laadli Bebo as Amrit Malhotra, Bebo’s husband, aired on Star Plus. He cast in the shows like Yeh Rishta Kya Kehlata Hai, Kayamath, Tujh Sang Preet lagai Sajna, Kis Desh Mein Hai Meraa Dil in 2009. In 2012, he featured in the romantic-drama serial Phir Subah Hogi as Thakur Aditya Singh. It was largely about the Bediya community in the Bundelkhand area, Madhya Pradesh. The Next year, Anuj appeared in the family-drama show Chhanchhan as Manav Borisagar on Sony Entertainment in 2013.

Anuj played the role of Sahil Sen Gupta in the drama romance thriller-suspense serial Swaragini- Jodein Rishton Ke Sur in 2016. He acted in the romantic-horror series Laal Ishq as Bijua and Nikhil in 2018. In 2019, he performed as Vyom Malhotra in the drama-thriller serial Ek Bhram Sarvagun Sampanna aired on Star Plus.

Anuj Sachdeva used to be in a relationship with TV actor Urvashi Dholakia. The duo dated for many years but they never admitted to being in relationship in public. They decided mutually to end our relationship. In 2019, the couple participated in the reality show Nach Baliye.

Some Facts About Anuj Sachdeva

If you have more details about Anuj Sachdeva. Please comment below we will updated within a hour.