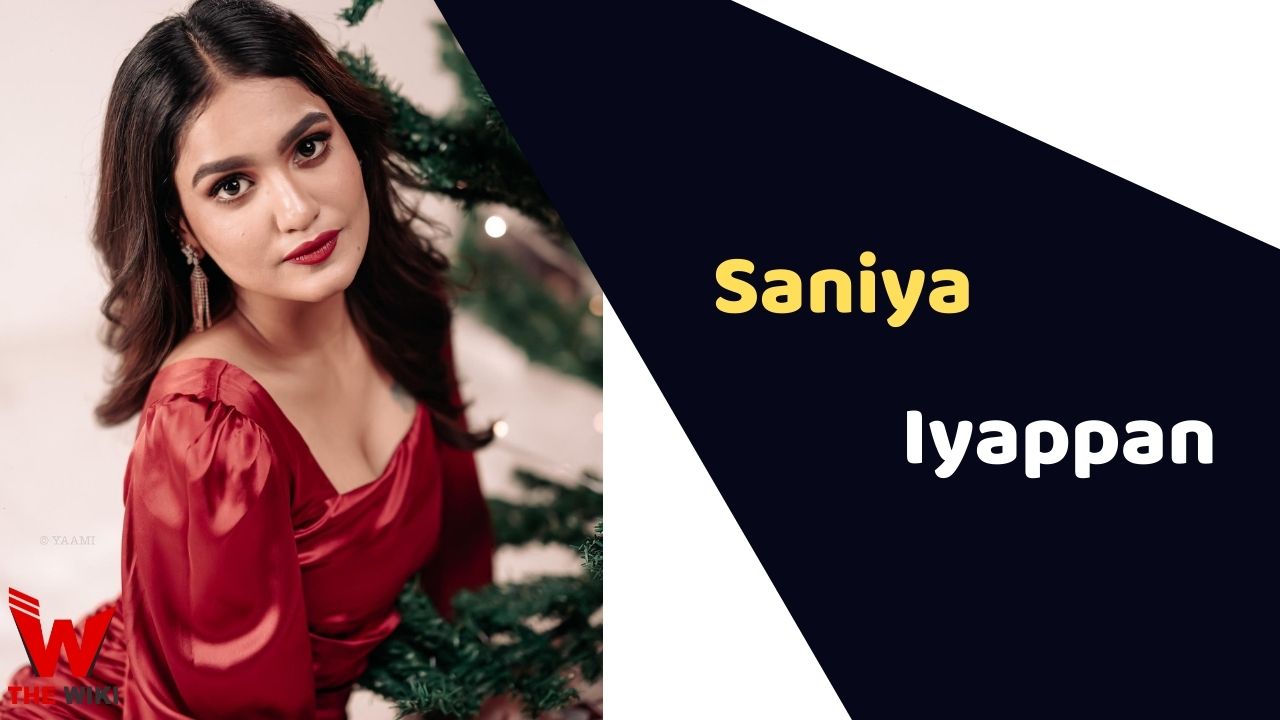 Saniya Iyappan is an Indian television actress and dancer who predominantly serves in Malayalam cinema. She is famous for the Queen (2018), Lucifer (2019), and Gangs of 18 (2022). She appeared in various short films including Beloved and Strings.

Saniya Iyappan was born on 20 April 2002 in Kochi, Kerala. Her mother’s name is Iyappan Shantha. She has a sibling named Sadhika Iyappan.

Saniya began her career with the Malayalam film Balyakalasakhi as Suhara in 2014. She starred in the Malayalam movie Queen as Chinnu Tresa. Its story based on a mechanical student who dies after sexually assault by a group of college students. The same year, she acted in the comedy horror-drama movie Pretham 2 as Niranjana in 2018. Later, she got featured in the political action-thriller film Lucifer as Jhanvi in 2019.

Saniya appeared in a cameo role of Diya Alatt in the 2021 supernatural horror-mystery movie The Priest. In 2021, she played the role of Beatrice in the revenge horror movie Krishnankutty Pani Thudangi. She did a mystery-thriller film Salute starring Dulquer Salmaan and Diana Penty as Malavika in 2022.

Some Facts About Saniya Iyappan

If you have more details about Saniya Iyappan. Please comment below we will updated within a hour.