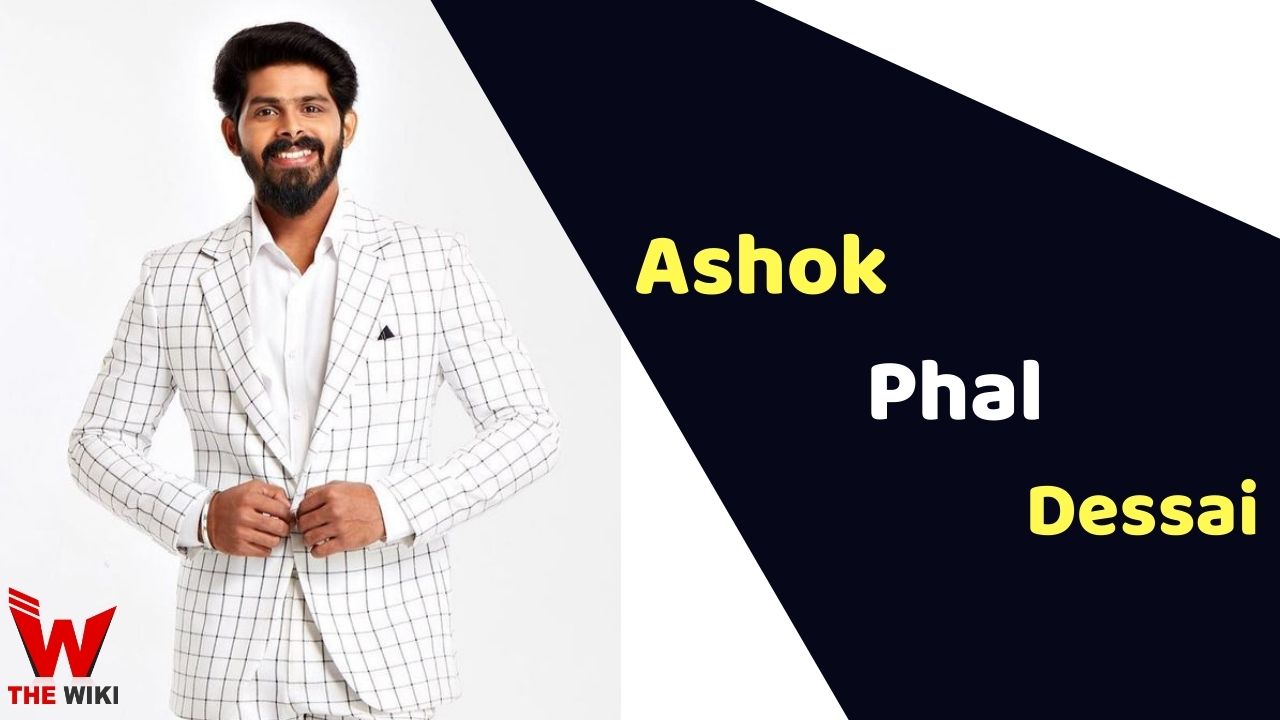 Ashok Phal Dessai is an Indian television actor. He is known for playing lead role of Shiva Lashkare in Marathi television show Jeev Zala Yeda Pisa opposite to Vidula Chougule. Ashok was also seen in Hindi television serial Mehndi Hai Rachne Waali in 2021. He has been active in entertainment industry since 2019.

Ashok Phal Dessai was born on 25 June 1990 in Pirla village in Quepem taluka of Goa. He has 3 siblings in the family; two brothers Kuntilesh and Krishnakant Phal Dessai and a younger sister Pooja Phal Dessai.

Ashok did schooling from S.S. Angle Higher Secondary school Mashem-Loliem Canacona, Goa and then graduated from Shri Mallikarjun College of Arts and Commerce, Goa with a Bachelor of Arts degree. He later completed his Masters in Theater from the Fine Arts Center in Pune.

Ashok made his television debut with the serial Jeda Jhala Yeda Pisa on Colors Marathi by playing the lead role of Shiva Lashkare opposite to Vidula Chowgule. He has gained 10-12 kg and learn Kolhapuri language to make this character more realistic. The show gave him instant fame in television industry. After the successful run of two years the show ended up in April 2021. Later Ashok played important role of Pallavi’s ex-husband in Star Plus’ television show Mehndi Hai Rachne Waali, starring alongside Shivangi Khedkar and Sai Ketan Rao.

Some Facts About Ashok Phal Dessai

If you have more details about Ashok Phal Dessai. Please comment below we will updated within a hour.