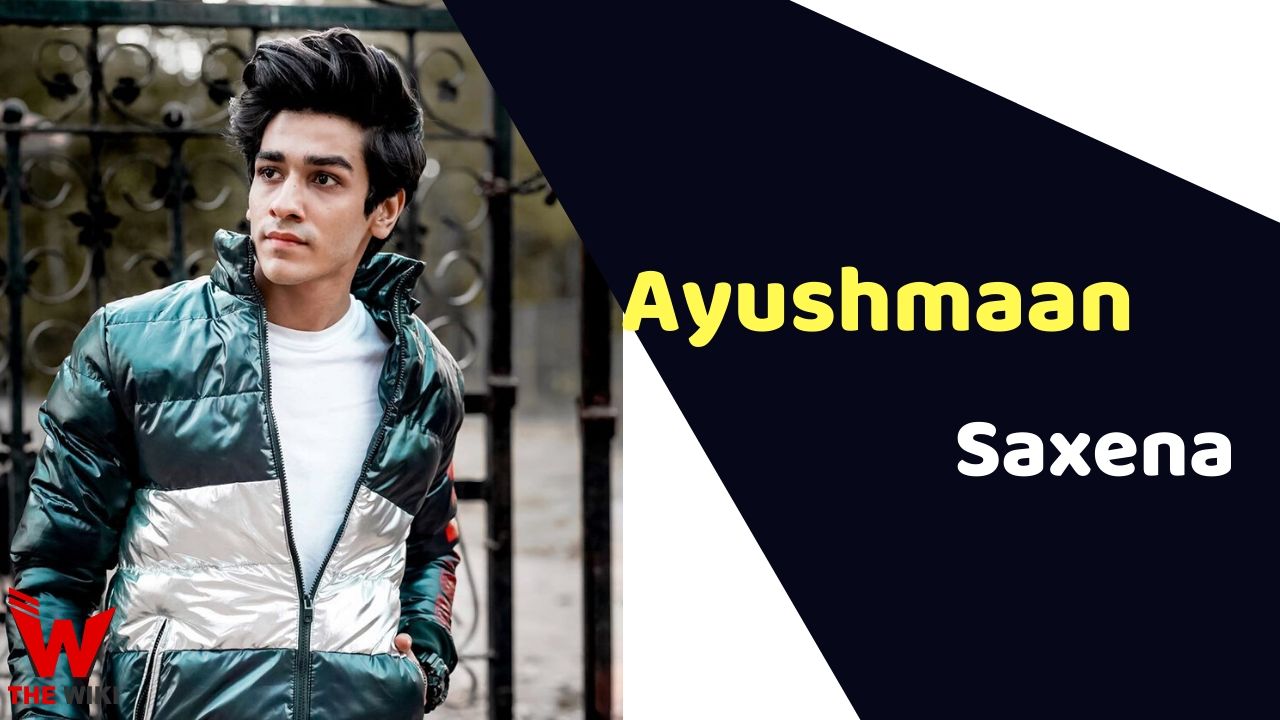 Ayushmaan Saxena is an Indian television actor, dancer and model. He started his career as a dancer with the TV show Dance India Dance 4. He appeared in this show as a contestant. After which he has worked in many television commercials. Ayushmaan has also appeared in the films like Bombay Talkies, Khwaabb, Music Meri Jaan.

Ayushmaan was born on 13 July 1999 in Muzaffarnagar, Uttar Pradesh to a Hindu family. His father Sanjay Saxena is an astrologer and a well known political worker of ‘Bharatiya Janata Party’. His mother Rani Saxena is also a politician. Ayushmaan had dreams of working in the acting industry since childhood. At the age of just 10, he came to Mumbai from Muzaffarnagar. In Mumbai, he started taking dance training under Remo D’Souza.

Ayushmaan completed his graduation from Muzaffarpur, Uttar Pradesh. He began dancing at the age of 5-6 years. He has participated in many dance competitions and won many prizes for his dancing style. Ayushmaan was a scholar of IFTI (Film and Television Institute of India) which is situated in Meerut, Uttar Pradesh. He obtained a diploma in Hip-hop and Bollywood.

In 2012, Saxena started his dancing career with ‘India Dance Little Master’. After which he appeared as a contestant in many reality shows like ‘Dance India Dance 4’, ‘Dancing Star’, ‘India’s Dancing Superstar’ etc. Ayushmaan has also done many television commercials along with the TV show. Saxena made his film debut in the 2013 film Bombay Talkies. In the film he played the role of childhood of Amitabh Bachchan. After which he was also seen in Khwaabb, Music Meri Jaan and Rasbhari.

Some Facts About Ayushmaan Saxena