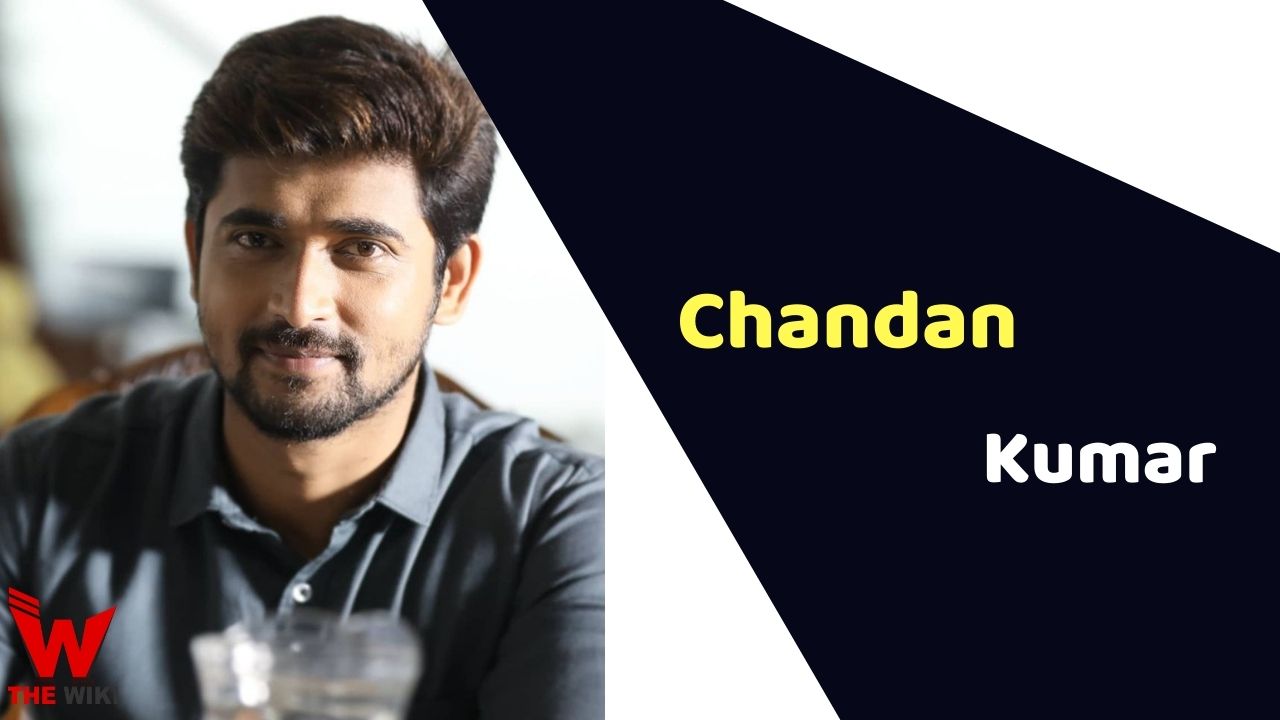 Chandan Kumar is an Indian television and film actor who predominantly works in the Kannada industry. He is most famous for portraying the role of Vishal Bharadwaj in the television series Radha Kalyana from 2011 to 2013 on Zee Kannada. He participated in the television reality show Bigg Boss Kannada 3 and was the runner-up of the show.

Chandan Kumar was born on 11 September 1985 in Mysore, Karnataka. He was an engineer before he embarked on his acting career. Chandan was the contestant of the show Pyate Mandi Kadige Bandru on the Suvarna TV channel in 2011. He made his acting debut with the television serial Radha Kalyana played the principal role of Vishal Bharadwaj, broadcasted on Zee Kannada from 2011 to 2013. Thereafter, he was appeared in Colors Kannada’s show Lakshmi Baramma from 2013 to 2014.

In 2013, he participated in tv reality shows like Taka Dhimi Tha Dancing Star and Cookku with Kirikku. He was a finalist on the reality program Bigg Boss Kannada 3 on Colors Kannada in 2013. From 2018 to 2020, he appeared on the television series Sarvamangala Mangalye, played the main role of Maha Shankara. The series is the remake of the Hindi Star Plus serial Tu Sooraj Main Saanjh, Piyaji. In 2021, Chandan acted in the television series Marali Manasagide as SP Vikrant opposite to Divya Wagukar and Shilpa Shetty.

Chandan Kumar tied the knots with Kavitha Gowda in the year 2021 in Bengaluru. The couple’s wedding was attended by close friends and family in a low-key event due to the state-wide lockdown in Karnataka. They first met each other eight years ago on the sets of the Kannada serial Lakshmi Baramma

Some Facts About Chandan Kumar

If you have more details about Chandan Kumar. Please comment below we will updated within a hour.