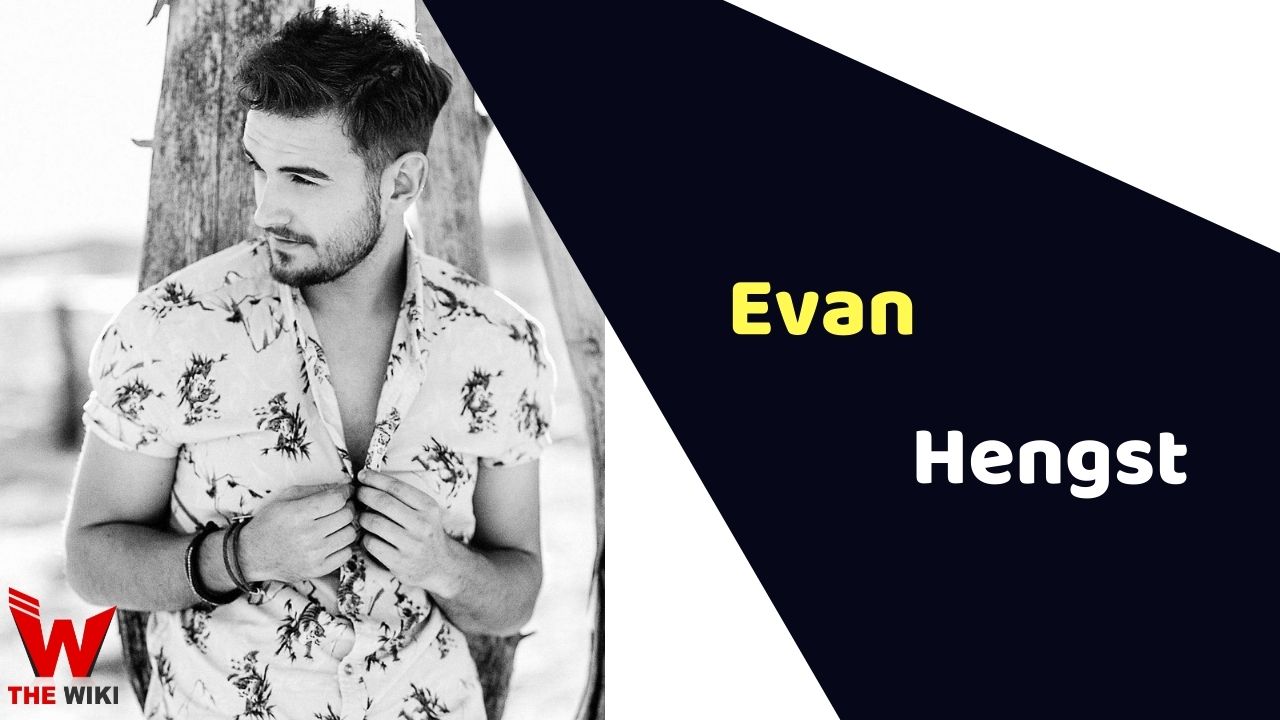 Evan Frederick Hengst is a South African television and cinema actor. He is renowned for his works in television series and films like The Kissing Booth and its sequels, Blood Drive, Reconnects, Grow, Around the World in 80 Days, and many others.

Evan Hengst was born on December 1, 1995 in Klerksdorp, South Africa. His father’s name is Warren Hengst and his mother’s name is Ansie van Oudtshoorn. He completed his studies at a Act Cape Town – Film Acting Academy in 2017.

Hengst began his acting career with the film Reconnect, played the role of Danny Boy in the year 2015. He starred in the Netflix original teen film The Kissing Booth as Council President in the year 2018. In 2019, he got featured in the movie The Red Sea Diving Resort as Mossad Operator. Hengst also appeared in the 2020 movie Bulletproof 2 as Italian Interpol Tech. In the same year, he starred in the movie The Kissing Booth Season 2 as Miles in 2020 and its sequel in 2021.

In 2021, he acted in Kevin Macdonald directed movie The Mauritanian as Pentagon Guard. He appeared in the film Escape Room: Tournament of Champions as a Technician in 2021.

Hengst is quite active in television industry. He debuted with the television series Killer Instinct with Chris Hansen as Matt Johnson in 2016. He has been part of many popular TV series like Blood Drive, Welcome to Mudertown, Warrior and Lioness.

Evan Hengst is in a relationship with Natasha Bogomolov.

Some Facts About Evan Hengst

If you have more details about Evan Hengst. Please comment below we will updated within a hour.