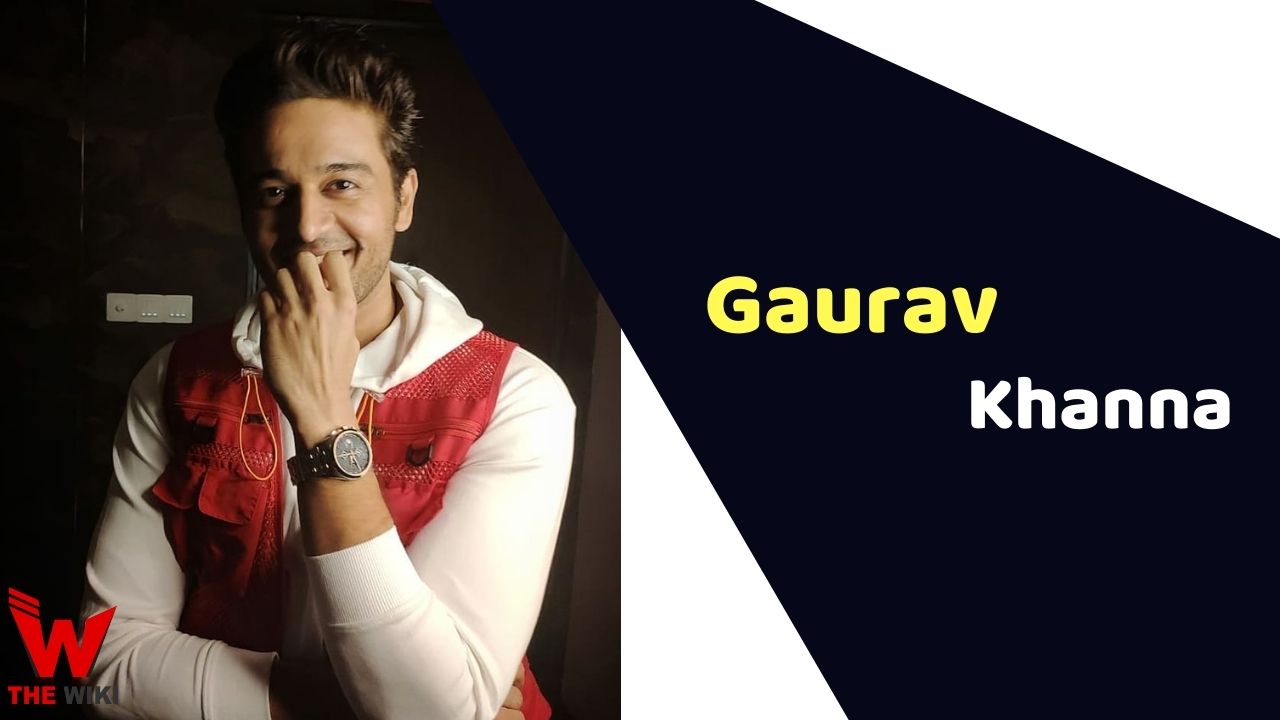 Gaurav Khanna is an Indian television actor and model. He is best known for playing lead role of Anuj Kapadia in Star Plus’ popular television serial Anupamaa. He has also worked in many television shows such as Bhabhi, Chandrakanta, Chandragupta Maurya, and CID. Gaurav has a long-acting career in the entertainment industry.

Gaurav Khanna was born on 11 December 1980 in Kanpur, Uttar Pradesh. His father’s name is Vinod Khanna and his mother’s name is Sakshi Khanna. She has one elder sister in the family. Khanna is currently living in Mumbai due to his passion of acting. He holds a master’s degree in Business Administration.

Khanna started his acting career on television in year 2004. Initially, he appeared in supporting roles in television serials like Kkusum and Siddhant. But later got popularity from television serial Bhabhi in which he played the role of Bhuvan Sareen. He subsequently acted in Kumkum – Ek Pyara Sa Bandhan in the role of Sharman Wadhwa.

Gaurav Khanna married to TV actress Akansha Chamola on 24 November 2016 in his hometown Kanpur, after dating for a few years.

Some Facts About Gaurav Khanna

If you have more details about Gaurav Khanna. Please comment below we will updated within a hour.