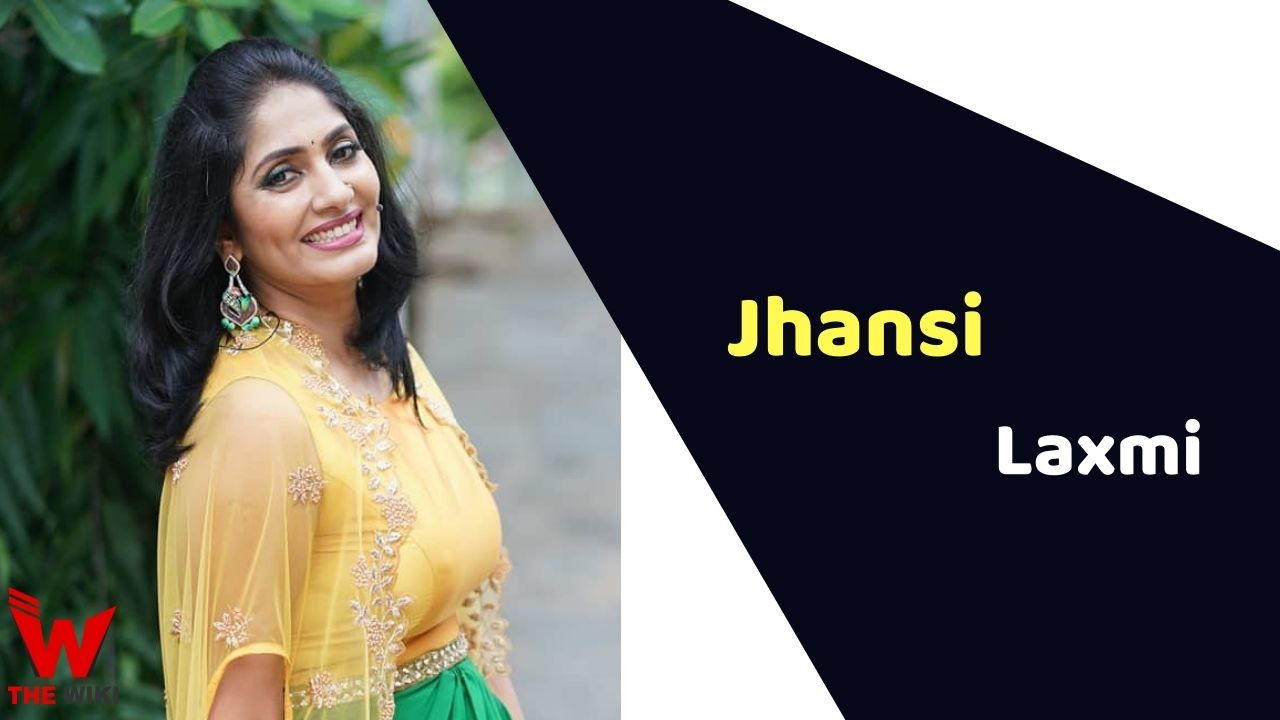 Jhansi Laxmi is an Indian television presenter and film actress. She has performed in various Tollywood movies and television shows as an Anchor. She is most famous for Swagatam, Golconda High School, Bhale Mogudu Bhale Pellam, Racha, Love Cycle, Speedunnodu, F2: Fun and Frustration and its sequel F3.

Jhansi Laxmi was born on 16 January 1971 in Vijayawada, Andhra Pradesh. Her mother’s name is Sharadha who served on All India Radio (AIR). She did her schooling at Kendriya Vishwa Vidyalaya.

Laxmi began her career as a television presenter in the show Talk of the Town for Gemini TV in the year 1997. She hosted various television shows like Sunday Sandadi on ETV Telugu, Manoyagnam serial for ETV Telugu, Sarada serial for Gemini TV, Brain of Andhra for MAA TV, Pelli Pustakam for MAA TV etc. Along with that, she is quiet active on film industry. Jhansi made her film debut with Egire Paavurama in 1997. She got featured in the rom-com movie Pelli Peetalu as Aruna in 1998. She played the role of Prasad’s wife in the movie Chandraleskha.

In 1999, she appeared in the movie Ravoyi Chandamam as Gowri starring alongside Nagarjuna Akkineni, Anjala Zhaveri and Jagapati Babu. She later acted in the action-drama movie Manoharam as Anand’s younger sister in 2000. In two decade long acting career, she has been part of more than 50 films which includes Suryam, Pellaina Kothalo, Kalyanram Kathi, Anthaka Mundu Aa Tarvatha, Bhagyanagara Veedullo Gamattu etc. Recently, she starred in the Telugu crime thriller movie Thimmarusu: Assignment Vali as the mother of Vasu in 2021.

Jhansi was tied the knots with Jogi Naidu but they got separated in the year 2014. The couple has a daughter named Dhanya.

Some Facts About Jhansi Laxmi

If you have more details about Jhansi Laxmi. Please comment below we will updated within a hour.