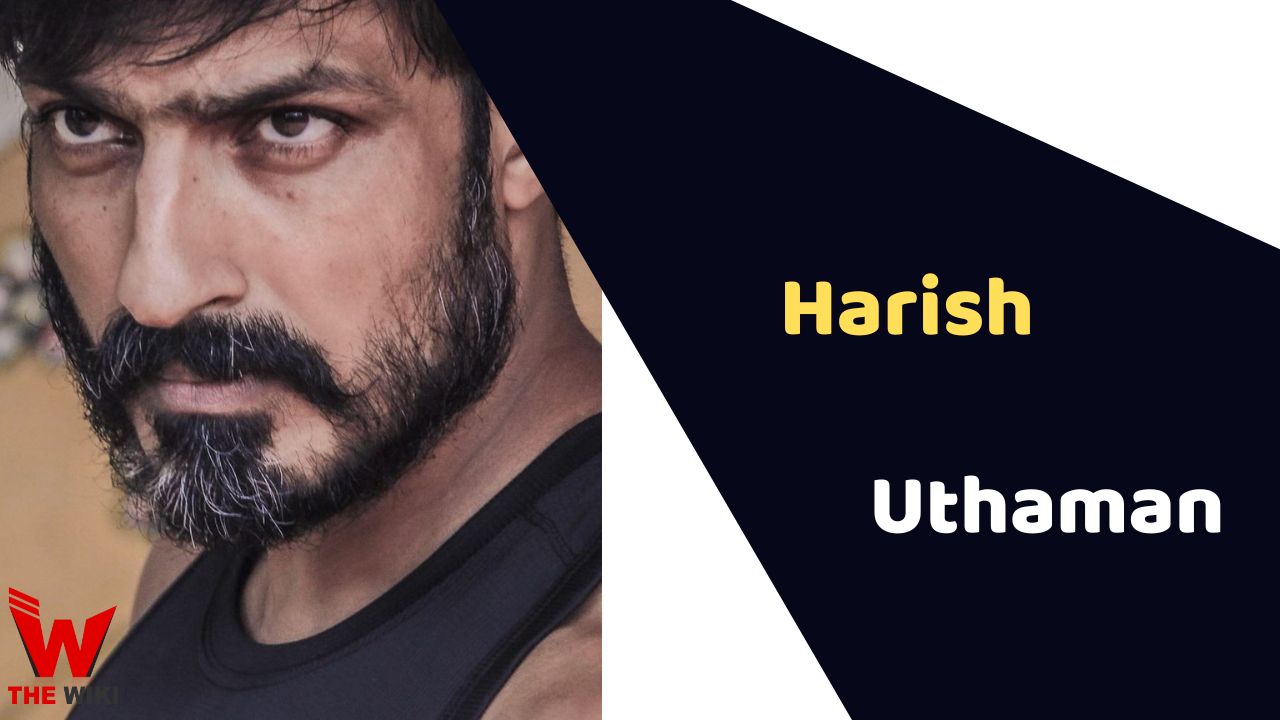 Harish Uthaman is an Indian actor who works in the Tamil, Telugu, Malayalam, and Kannada film industries. He is best known for his villain roles in the films such as Pandiya Nadu and Power etc. Harish made his debut in a Tamil film Tha which was released in 2010. He also worked on many short films, television shows, web series, and musical albums.

Harish Uthaman was born on 5 April 1982 in Coimbatore, Tamil Nadu to a Malayali family. His father was a farmer and died in 2005. He has three brothers and one sister. Harish got his first job as a Cabin Crew, at Paramount Airways. He worked for them for three years. After that, he worked with British Airways for another three years. Later, Harish also worked in a commercial company in Chennai.

Harish did his schooling in different schools. Firstly, he joined CSI higher secondary in Coimbatore then took admission in Rukumani Kannan Vidyalaya Higher Secondary School in Kovaipudur. After that, he completed his graduation from Dr. GRD College Of Arts And Science, and Bharathiar University in Coimbatore.

Harish started his career with a low-budget Tamil film named Tha in 2010. It was a romantic film that opened the doors of success for Harish. For this, he got The Best Newcomer Award. He subsequently did many movies like Gauravam (2013) and Pandiya Naadu (2013). Harish is popular for working as villain roles in many films.

He also made his debut in a Malayalai film named Mumbai Police (2011) and in a Telugu film named Power ( 2014). Harish has worked in the Tamil TV serial Kolangal (2008) which was aired on Sun TV. He appeared in several web series including Topless (2020) and Suzhal The Vortex (2022).

The actor first married a celebrity makeup artist named Amrita Kalyanpurat on 6 September 2018, in an intimate traditional ceremony held in Kerala. But after one year of marriage, the couple took divorced in 2019. After then he married to Malayalam actress named  Kuruvila on 20 January 2022.

Some Facts About Harish Uthaman

If you have more details about Harish Uthaman. Please comment below we will update within an hour.