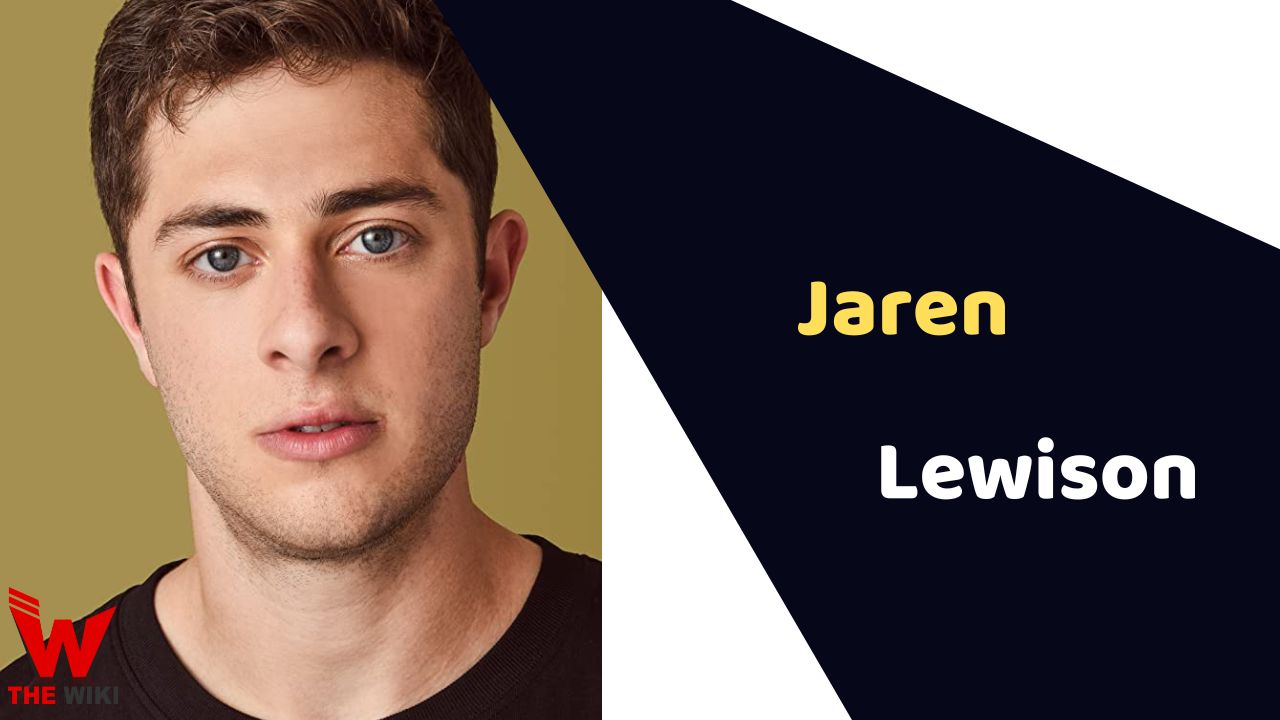 Jaren Lewison is an American soap opera and movie actor. He is renowned for his work in Men, Women & Children in 2014, and Never Have I Ever in 2020. He started his acting career with Barney & Friends in the year 2009. His dramedy film Men, Women & Children premiered at the 2014 Toronto International Film Festival.

Jaren Lewison was born on December 9, 2000, in Dallas, Texas He has a sister named Mikayla. He did his schooling at Levine Academy, a Conservative Jewish day school in Dallas and Pearce High School, Texas and graduated from the University of Southern California.

Lewison has also done theatre in high school where he played the role of William Shakespeare in his school adaptation of the film 1998, Shakespeare in Love. He was also the captain of the varsity football team and a powerlifter.

Lewison began his career with the television children’s series Barney & Friends as Joshua from 2008 to 2009. He acted in the drama series Lone Star as Young Robert in 2010. After that, he worked on TV movies like Bad Fairy (2012), where he played the role of Roman DiRizzo and Away and Back(2015) as Kyle Peterson.

Lewison made his Hollywood debut with the comedy-drama movie Men, Women & Children as Jack Truby in 2014. The Next year, he starred in the film Beyond the Farthest Star as Young Adam (2015). He appeared in the 2018 comedy movie Tag as 18-year-old Hoagie and received positive critics. He did a film 90 Feet from Home as Young Tommy in 2019. In 2020, he essayed the lead role of Ben Gross in the popular dramedy series Never Have I Ever.

Some Facts About Jaren Lewison

If you have more details about Jaren Lewison. Please comment below we will update within an hour.