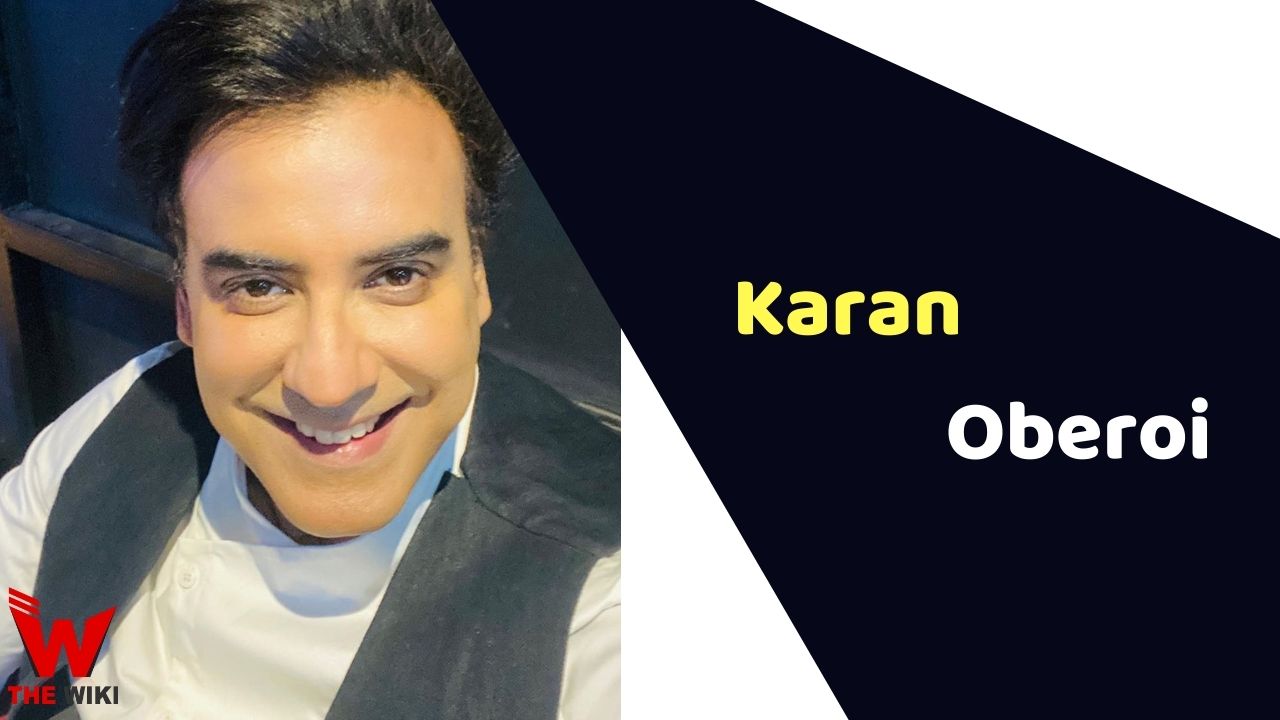 Karan B Oberoi is an Indian anchor, actor and singer. He best known for his role of Raghav in Jassi Jaisi Koi Nahi (2003-06). Oberoi started his acting career in 1995 with television show Swabhimaan. He has also appeared in T.V commercials and web series. He is originally from Chandigarh.

Karan B Oberoi was born on 26 September 1978 in Chandigarh. His father name is B.J.S. Oberoi who is an retired Indian Army officer and mother name is Rupinder Oberoi. He has two sibling Bhupinder Oberoi, and Gurbani Oberoi. He did graduation from National Institute of Personnel Management, Chennai.

In 1995, Karan started with television serial Swabhimaan followed by Dishayen. He is also a member of ‘A Band of Boys’, including Chaitnya Bhosale, Sherrin Varghese, Siddharth Haldipur Sudhanshu Pandey this band was formed in 2001. This band made his first debut with album Kabhi Ye Kabhi Woh.

Karan later worked on several TV shows such as Jassi Jaissi Koi Nahin and  Zindagi Badal Sakta Hai Hadsaa. Recently he was seen in a web series Inside Edge (2017).

Some Facts About Karan Oberoi

If you have more details about Karan Oberoi. Please comment below we will updated within a hour.