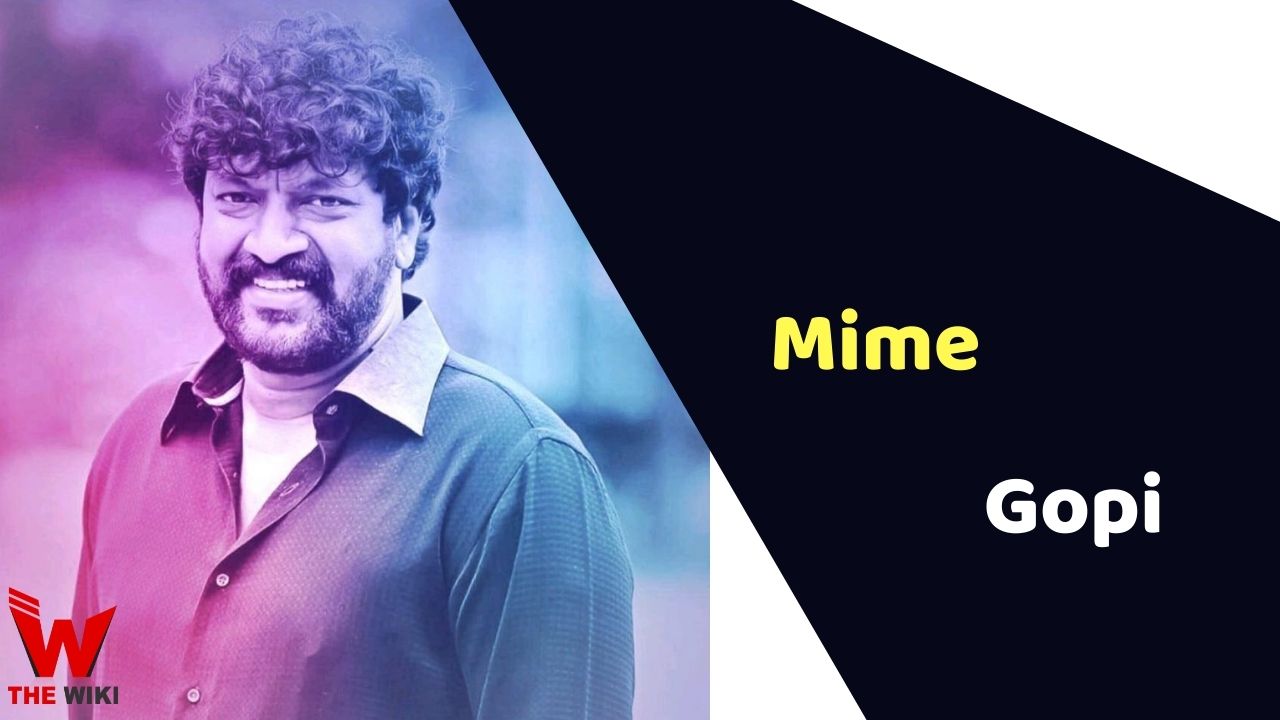 Mime Gopi is an Indian actor who works predominantly in Tamil and Telugu film industry. He is famous for appearance in films like Pushpa: The Rise, Kabali, Bairavaa, Velaikkaran, Maari etc. Mime also played lead role in web series The Family Man and Sundari.

Mime Gopi was born on 29 June 1975 in Chennai, Tamil Nadu. His real name is K. Gopinathan. He was raised by his sister and brother as their father passed away when he was young. He attended Singaram Pillai Higher Secondary School in Villivakkam, Chennai. Mime completed his further education from University of Madras, Chennai and YMCA College of Physical Education.

Mime made his debut in films with Tamil movie Kannum Kannum in 2008. He got recognition for his role of Perumal in Tamil political action-drama film Madras. He played the role of Loganathan in Kabali, starred alongside Rajinikanth, Raadhika Apte, Winston Chao. Mime has worked in several Tamil and Telugu films including Maari, Uriyadi, Maayavan, Chalo, Mr. Chandramouli, Maragadha Naanayam, Cocktail and more.

Mime was seen in highest-grossing Indian film Pushpa: The Rise in 2021, as Chennai Murugan.

Some Facts About Mime Gopi

If you have more details about Mime Gopi. Please comment below we will updated within a hour.