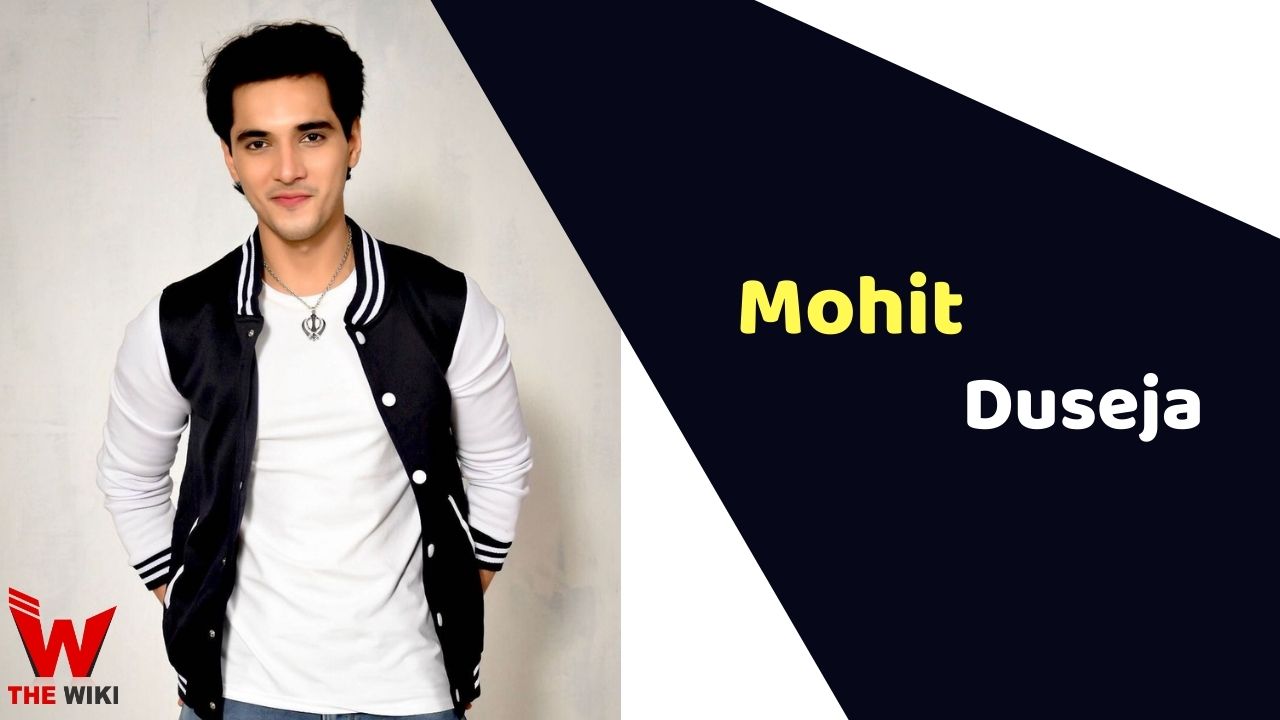 Mohit Duseja is an Indian television actor and model. He is known for web series like Ragini MMS season 2 and television serials Yeh Ishq Nahi Hai Aasan and Kasam Tere Pyaar Ki. Duseja started his career with television commercials and modeling in 2016.

Mohit Duseja was born on 26 August 1996 in Rajendra Nagar, Delhi to a Hindu family. His father name is Mr. Bharat Duseja and his mother is Mrs. Anisha Duseja. Mohit went to Manavsthali Senior Secondary School, Rajendra Nagar. He did graduation in Bachelors of Commerce from Delhi University. Initially Mohit wanted to became a Chartered Accountant but, he inclined towards modelling and acting world during his graduation.

Mohit began his career as model and worked with brands like Tata Snapdeal and Homeshop 18 Tele Shopping channel in beginning. He joined Shri Ram Centre of Performing Arts for learning acting skills.

In 2016, he did television advertisements and print shoots for popular brands such as Urban Clap, Samsung, Vega, Nova, Perillo Plywood, Imagica and many more.

Mohit made his acting breakthrough with ALT Balaji telefilms’ Kasam Tere Pyaar Ki as Aryan on Colors TV. In 2017, he appeared as lead character Rohan in episodic Saavdhan India. 2018. He immensely gain popularity and fame through MTV Love School 3. Although he couldn’t made to win the show.

Some Facts About Mohit Duseja

If you have more details about Mohit Duseja. Please comment below we will updated within a hour.