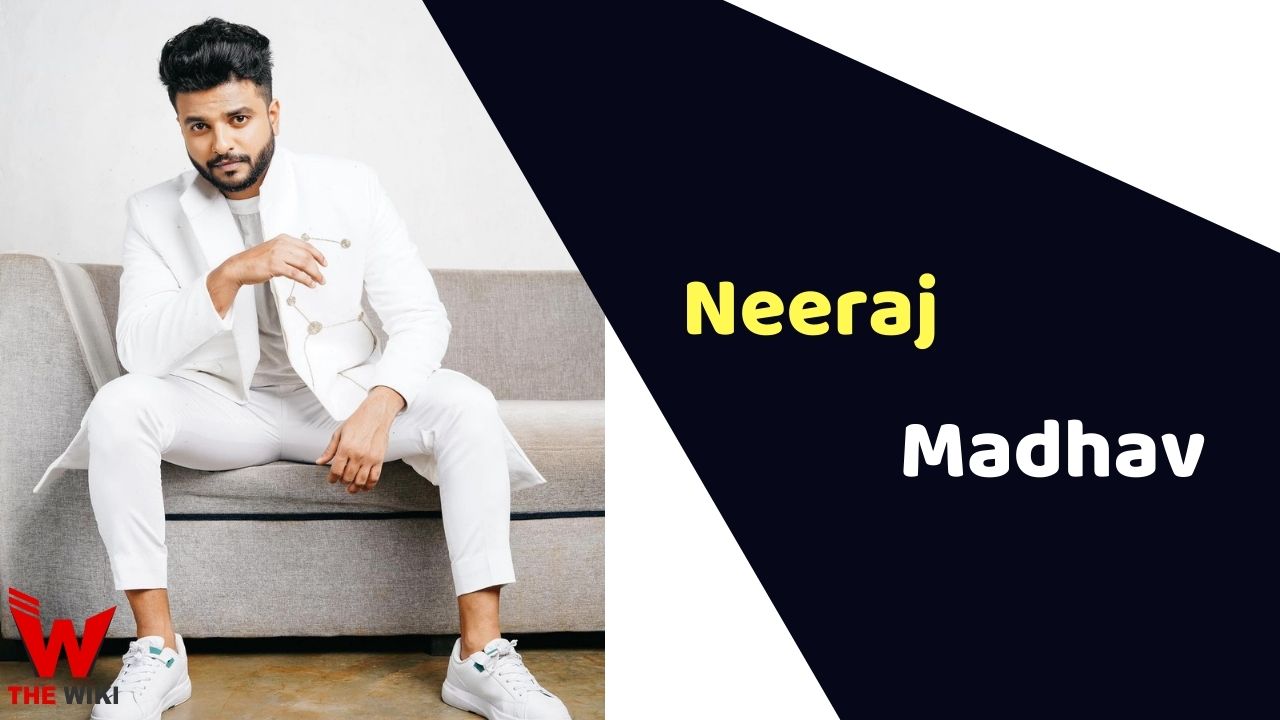 Neeraj Madhav is an Indian film actor and choreographer. He works predominantly in the Malayalam film industry. He is best known for Drishyam (2013), Gauthamante Radham (2020), Lavakusha (2017), and Charlie (2015). Neeraj has also worked in web series like The Family Man (2019) and Feels Like Ishq (2021).

Neeraj Madhav was born on 26 March 1990 to Dr. K Madhavan and Latha in Kozhikode, Kerala. His father is a veterinarian and his mother is a teacher. He has a brother named Navneeth Madhav who is an actor and dancer. Neeraj completed his schooling from St. Joseph’s Boys Higher Secondary School, Calicut. He graduated from SRM Institute of Science and technology, Chennai. He also did a post graduation in theatre from School of Drama and Fine Arts, Thrissur.

Neeraj Madhav debuted in the Malayalam movie Buddy in 2013. Later, he appeared in many movies including Drishyam (2013), 1983 (2014), Sapthamashree Thaskaraha (2014) and Oru Vadakkan Selfie (2015). In 2017, he debuted as a screenplay writer through the movie Lavakusha. In 2015, he choreographed the song Enne Thallendammava. Neeraj won Asianet Film Awards for Best Star Pair for Paippin Chuvattile Pranayam in the year 2018

In 2019, he appeared in the Amazon Prime’s drama web series The Family Man as Moosa Rehman. He subsequently appeared in Netflix series Feels Like Ishq.

Neeraj Madhav is married to Deepthi Janardhan, an engineer on 2 April 2018. The couple has a daughter.

Some Facts About Neeraj Madhav

If you have more details about Neeraj Madhav. Please comment below we will updated within a hour.