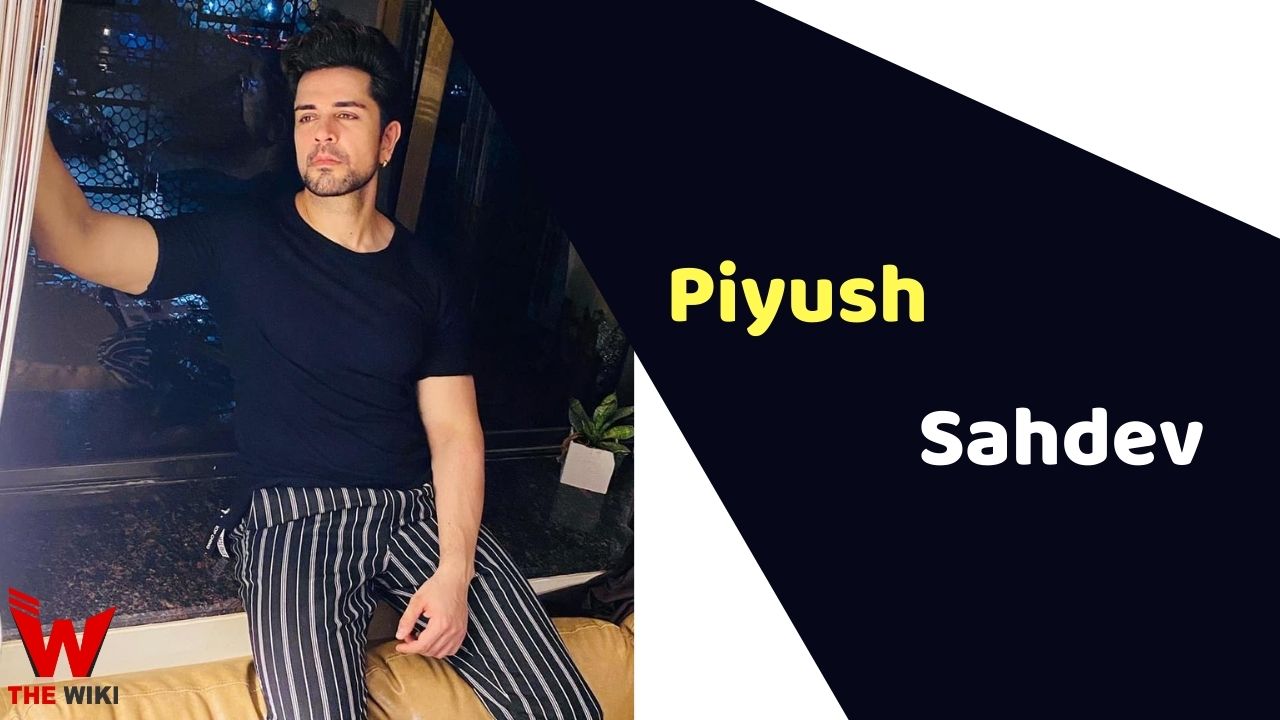 Piyush Sahdev is an Indian television actor and model. He is known for playing lead roles in TV shows Meet Mila De Rabba, Sapne Suhane Ladakpan Ke and Devanshi. He has worked in more than 25+ television shows and has been active in glamour industry since 2004.

Piyush Sahdev was born on 12 March 1982 in Delhi, India. He has an elder brother Gireesh Sahdev and a younger sister Vaishali Sahdev (aka Meher Vij). Vaishali changed her name after marriage.

As per some media reports, Piyush had had a distant relationship with both of his siblings a few years back but is all sorted now between them. He and his brother Gireesh has worked together in a television drama Dastan-E-Mohabbat – Salim Anarkali.

Piyush began his career with Star One’s episodic drama Special Squad in 2004. He appeared in supporting roles in 2007 TV shows Ghar Ek Sapnaa and Har Ghar Kuch Kehta Hai. He got his first lead role in Meet Mila De Rabba in which he played the male lead character of Kulwant Singh. Her performance in the film was hugely appreciated by the audience.

Piyush did a cameo in Geet, a negative role in Mann Ki Awaz – Pratigya, and a parallel lead role of Inspector Abhigyan in Hum Ne Li Hai Shapath. He appeared in the role of Lord Rama in Devo Ke Dev – Mahadev.

In 2013-15, he did another television serial in the lead role of Kabeer Tripathi in Sapne Suhaane Ladakpan Ke. He also acted in some popular TV shows like Beyhadh, Devanshi, Ishq Subhan Allah, and Dastan-E-Mohabbat: Salim Anarkali.

Piyush had married her friend and actress Akangsha Rawat in 2012. The couple announced separation in 2017.

Some Facts About Piyush Sahdev

If you have more details about Piyush Sahdev. Please comment below we will updated within a hour.