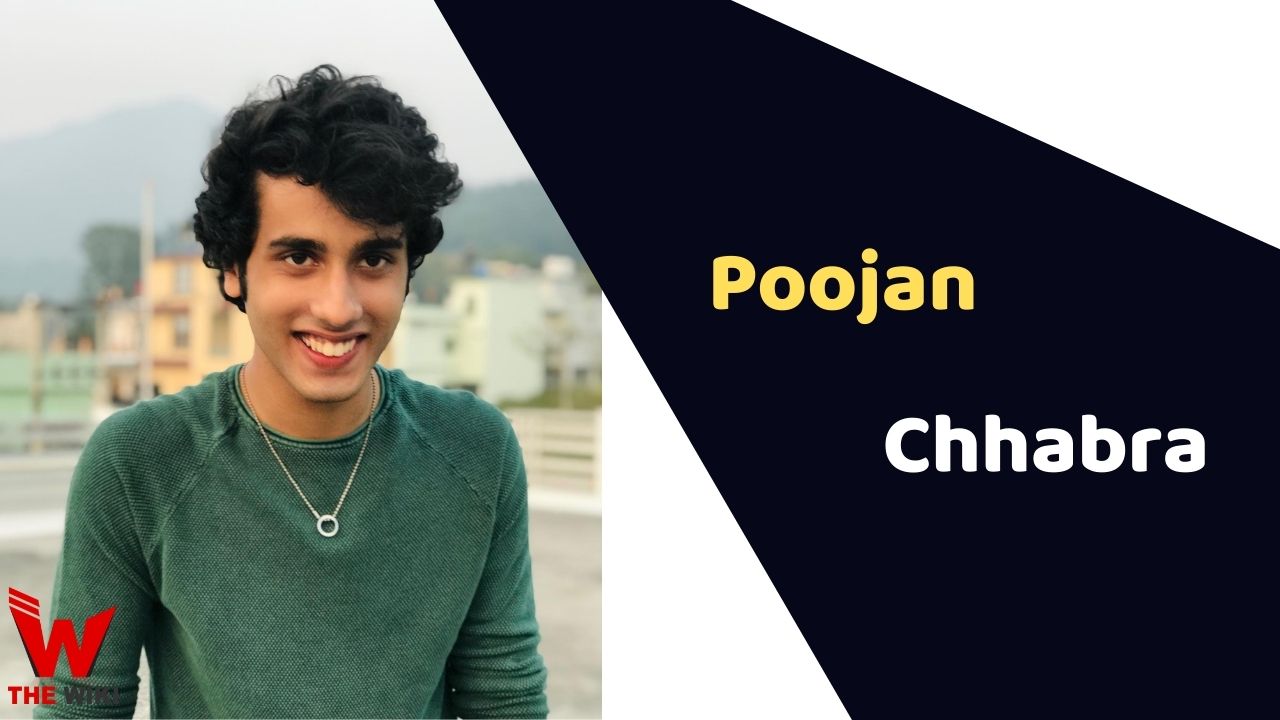 Poojan Chhabra was born in 1993 in Mumbai, Maharashtra, India. His mother’s name is Arti Babbar. He has a sibling named Deeksha Chhabra. He did his schooling at The Air Force School, Mumbai, and graduated from the Kishinchand Chellaram College, Mumbai.

Poojan Chhabra began his career as a model and stepped on the runway for various well-known designers. He went on to play in several TV commercials for brands like Nestlé and Coca-Cola. He garnered first recognition for his part in the black and white web series Kota Factory as Badri in 2019. The series highlights the issues that IIT-JEE seekers face in their daily lives.

He appeared in the short film Be Your Bestfriend in 2020. In 2020, he got featured in the television comedy series Sector 12 Ka Kitty Club as Tinku. The show is a hilarious walk through the world of women. He did a tv comedy series, Home Shanti, as Naman Joshi in 2022. It is the story of a middle-class family that wants to build a house, which is quite an emotional experience.

Some Facts About Poojan Chhabra

If you have more details about Poojan Chhabra. Please comment below we will update within an hour.