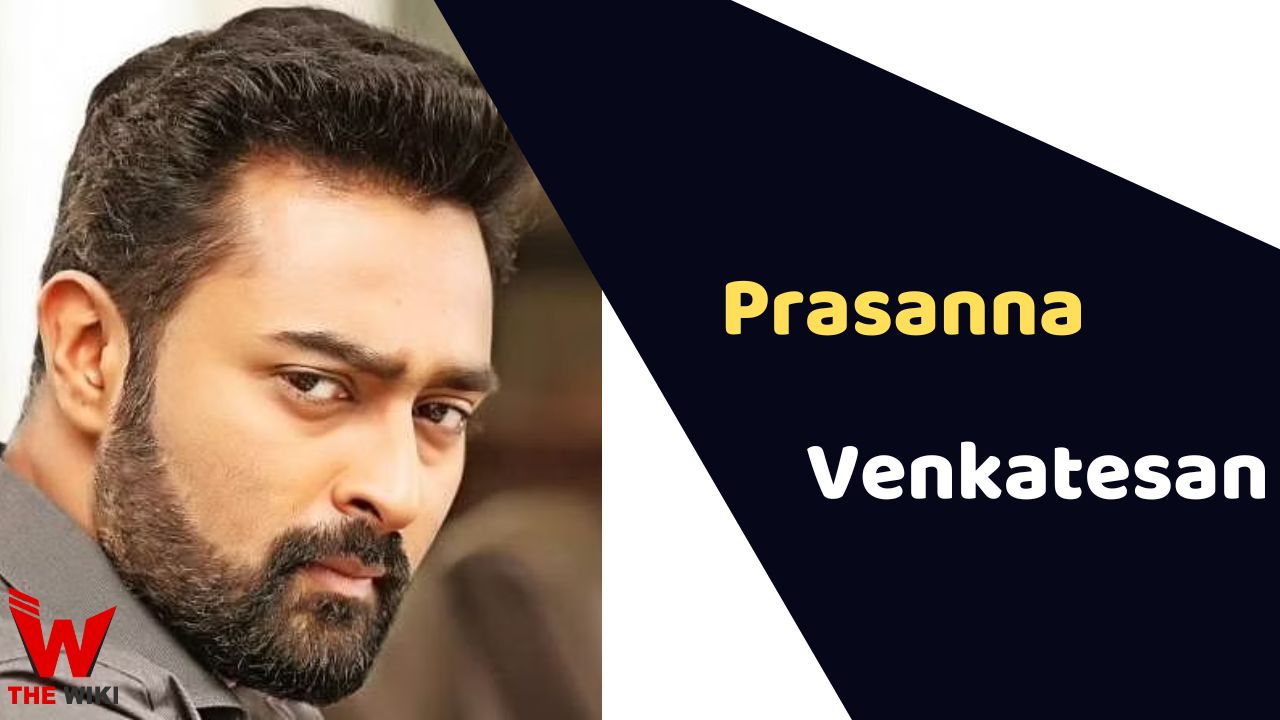 Prasanna Venkatesan (popularly known as Prasanna) is an Indian actor who mainly works in the Tamil film industry. He has also worked in Telugu, Kannada, and Malayalam films. He is best known for his work in the film named Five Star, which became a huge hit, it was released in 2002 and was produced by Mani Ratnam. Prasanna film has been screened at many international film festivals, such as Shanghai and Cairo International Film festivals, where he starred with the actress Sneha and an American Actor John Shea.

Prasanna was born on 28 August 1982 in Tiruchirappalli, Tamil Nadu. His father was an employee in BHEL and his mother is a homemaker. The actor also has a younger brother. Prasanna completed his schooling at BHEL Matriculation Higher Secondary School, Tiruchirappalli. Ever since his childhood days, Prasanna’s interest was inclined towards mimicry & acting, his burning desire was to become an actor but his parents were unhappy with this decision. After then, he went to Sarnathan College of Engineering, Tiruchirappalli, where he completed his graduation in the field of Electrical & Electronics Engineering.

Prasanna saw the dream of becoming an actor since childhood. So, After completing his education he started auditioning and got selected for Five Star, which was produced by Mani Ratnam’s Madras Talkies and released in the year 2002 featuring the four newcomers alongside.

He subsequently appeared in two movies named Ragasiyamai (2003) and Kadhal Dot Com (2004), but these two didn’t do well commercially. Later Prasanna worked hard and performed in Azhagiya Theeye in 2004, which gained immense popularity. He admitted that the time interval between Five Star and Azhagiya Theeye was not easy and this is because he got mostly roles that he never wanted to play.

Prasanna played a lead role in Prakash Raj’s film Kanda Naal Mudhal (2005). He also acted in a film named Triangular Love Story which got successful. He also worked in a comedy film Cheena Thana in 2007. His performance in Thirittu Payale 2(2017) got him the Filmfare Award for Best Supporting Actor in Tamil.

The actor likes to experiment with his films, which is visible in his work where he played the lead role as well as a role of villain. Venkatesan worked on popular movies like Kannum Kannum, Kanda Naal Mudhal, Nanaayam etc.

Apart from films, Prasanna worked on two TV shows, namely, Honeymoon Jodigal (2010) and Sopanna Sundari (2018) as a host for the channels Sun TV and Sun life respectively. He has worked on various web series as well, the most present work of his in Fingertip Season 2 (2022) which was broadcasted on Zee5 Network.

Prasanna married her co-star Sneha from the movie Achchamundu! Achchamundu!, on 11 May 2012. The duo fell in love on the sets of their movie, they kept their relationship a secret from the Kollywood industry. The actor said that. they were good friends for almost one year when they decided on dating each other.

The credit to bring the couple closer goes to the director of the movie Arun Vaidyanath, through him the couple met and started to bond well with each other. The couple is blessed with two children, one older son Vihaan (b.2015), and a daughter Aadhyantha who was born on 24 January 2020.

Some Facts About Prasanna Venkatesan

If you have more details about Prasanna Venkatesan. Please comment below we will update within an hour.