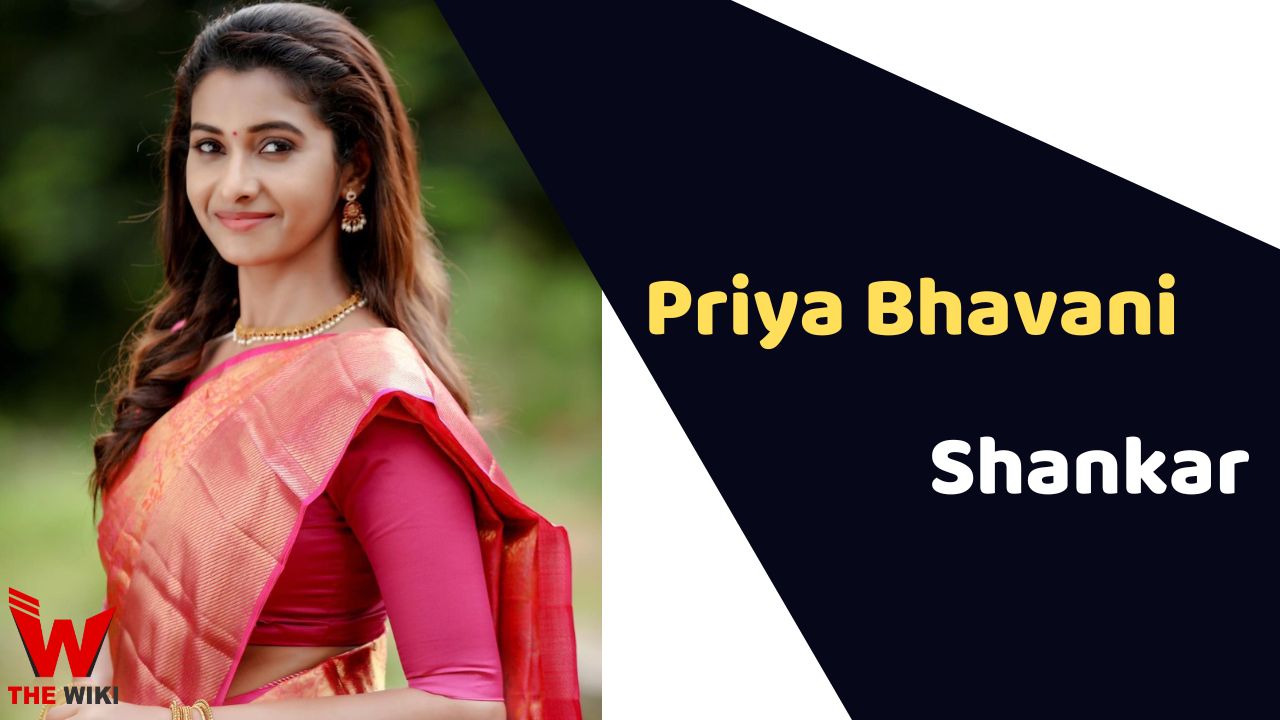 Priya Bhavani Shankar is an Indian actress who works in the Tamil film industry. Her full name is Sathyapriya Bhavani Shankar. She is also a model and an anchor, she received her 1st recognition as an anchor from the Tamil news Channel Puthiya Thalaimurai. Priya has worked in many TV serials and movies like Meyaadha Maan, Maafia chapter 1, Kasada Thapar etc. She has been nominated for Filmfare awards and SIMMA Tamil debut award.

Priya Bhavani started her career as a TV anchor on a Tamil news channel Puthiya Thalaimurai in 2011 . Meanwhile, she also worked as a supporting artist in many TV serials, her 1st serial was Kalyanam Mudhal Kadhal Varai (2014) starred opposite Amit Bhargav, which got aired on Vijay TV.

She made her film debut with Meyaadha Maan in 2017 opposite Vaibhav Reddy, for which she was nominated by SIIMA – Tamil, best actress debutant award. Later Priya did many movies such as Monster alongside S.J. Suryah, Mafia Chapter1, Blood Money, Hostel, Kasada Thapada alongside Sundeep Kishan, Kalathil Santhippom etc.

Kalathil Santhippom (2021) was a multi-starrer movie, wherein she got the opportunity to work with Jiva, Arulnithi. She has also worked on a web series Time Enna Boss, which is a Indian Tamil-language science fiction which is directed by director Subu for Amazon Prime.

Some Facts About Priya Bhavani Shankar

If you have more details about Priya Bhavani Shankar. Please comment below we will update within an hour.