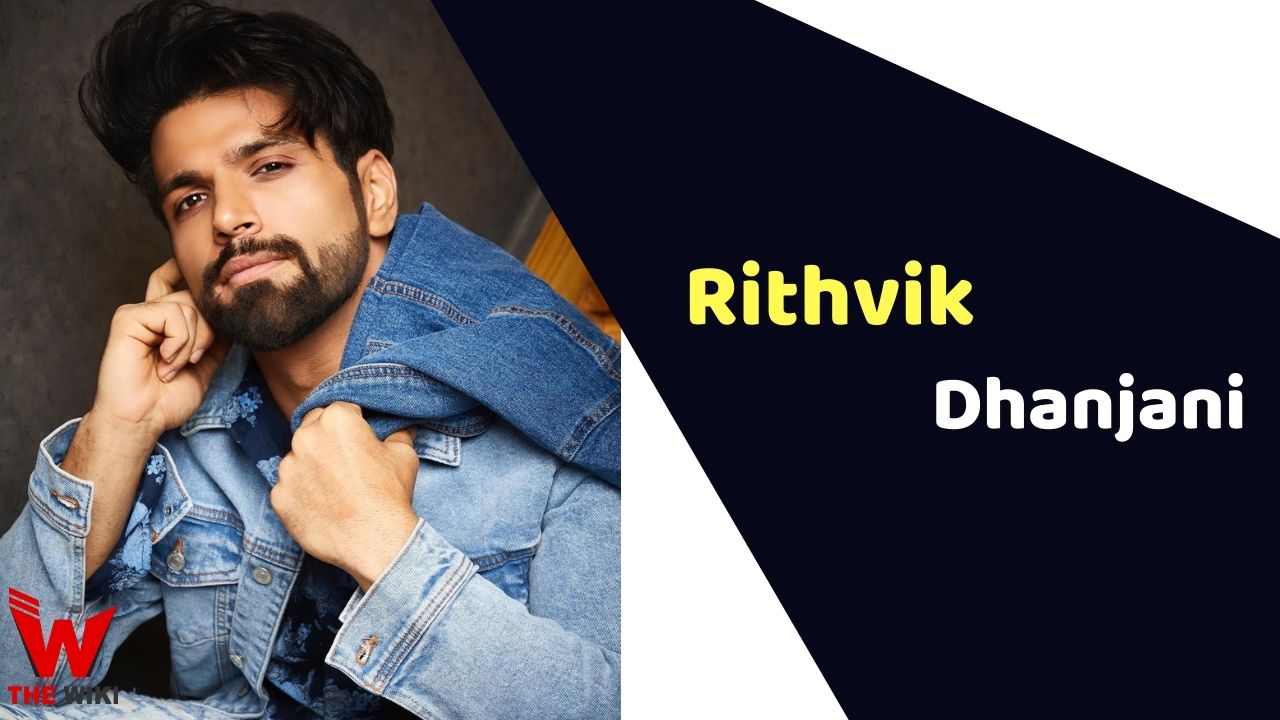 Rithvik Dhanjani is an Indian actor, anchor, and dancer. He is known for his performances on the TV show like Pavitra Rishta, Pyaar Kii Ye Ek Kahaani, Bairi Piya and Kumkum Bhagya etc. He has been a part of numerous reality television shows. Dhanjani rose to prominence among the young adult population after his hosting of Bindass’s Yeh Hai Aashiqui.

Rithvik Dhanjani was born on the 5 November 1988 in Madhya Pradesh to Sindhi parents. Later his family shifted to Dubai. He later went on to City of London College, England to finish his education. Dhanjani got inspired to work in the entertainment industry, from his college years. He modelled acted and hosted in college years. Dhanjani was involved in theatre for two and a half years in Dubai, but soon after shifted to Mumbai to pursue acting full time. He completed his training in acting from Kishore Namit Kapoor Institute, Mumbai and went on to join the entertainment and television industry.

Dhanjani debuted as an actor on the small screen with a negative role of Parth in the Ekta Kapoor’s show Bandini. His career as an actor started gaining momentum after his portrayal of antagonist, Jeh Khurana in the supernatural themed television show ‘Pyaar Kii Ye Ek Kahaani’ in 2010. He became a household name after his work in Pavitra Rishta where he played the role of Arjun Digvijay Kirloskar, one of the leads of the show.

In 2012, Dhanjani participated in the reality television show, Jhalal Dikhla Jaa Season 5 and secured 3rd place by the end of the season. He hosted the show India’s Best Dramebaaz season 1 and 2. He went back to an episode of Jhalak Dikhla Ja Season 6.

Dhanjani got his popularity among young adults in 2013 when he started hosting Bindass’s Yeh Hai Aashiqui which portrayed an anthology of a variety of romance- drama stories created by Vikas Gupta. He went back to participated in Nach Baliye 6 and furthered his career as a dancer too. Dhanjani worked in the MTV’s Fannah another supernatural themed horror television series aimed at the young adult population and portrayed the character of Vidyut. He has hosted various dance and reality shows like V’s Distraction and Nach Baliye 7 and participated in dance shows too like that of Dare 2 dance.

Rithvik Dhanjani was in relationship with his co-star from Pavitra Rishta Asha Negi for more than seven years. The couple also participates together in show Nach Baliye 6.

Some Facts About Rithvik Dhanjani

If you have more details about Rithvik Dhanjani. Please comment below we will updated within a hour.