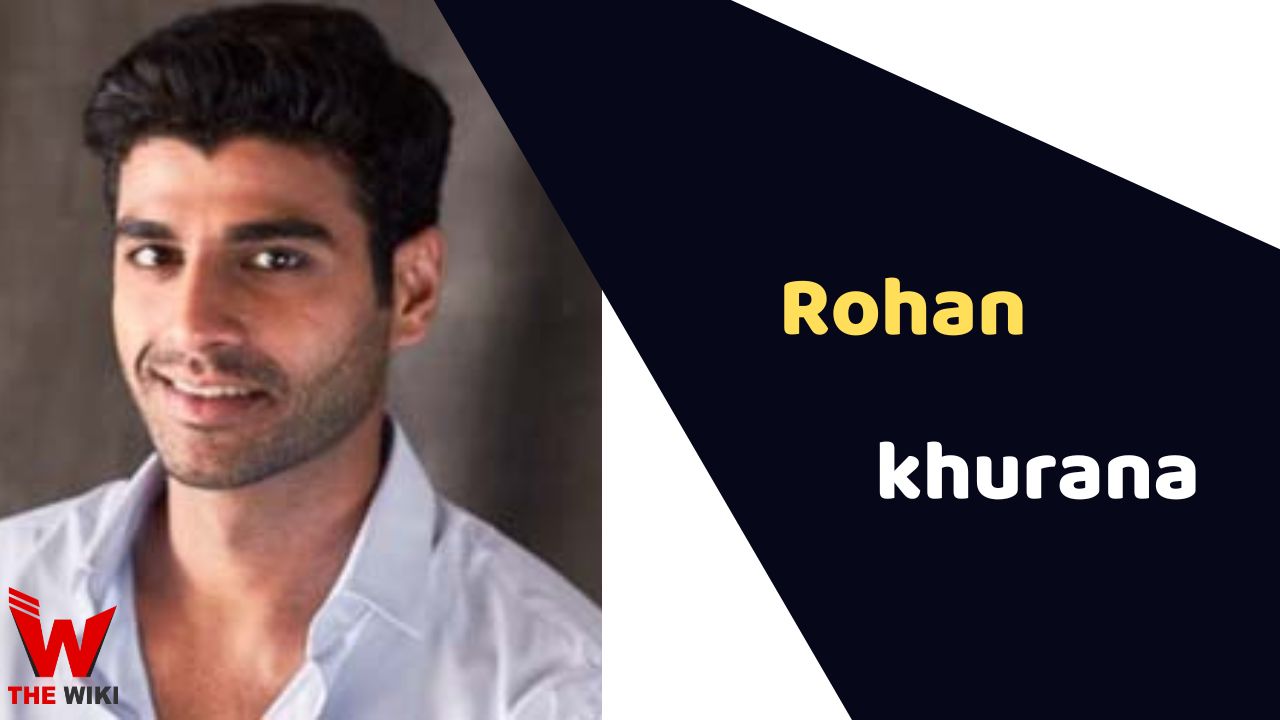 Rohan Khurana is an Indian actor, writer, and assistant director. He is known for Time Out, FilterCopy Talkies, Bar Code, Thappad, Thoda Adjust Please, and Toh Rishta Pakka Samjhe?. He has also been trained in physical theatre from Adishakti in Pondicherry. Rohan started his career doing theatre in Mumbai and continues to perform in plays.

Rohan Khurana was born on 1 October 1991 in Mumbai, Maharashtra. He has a sibling named Hrudhay Khurana.

Rohan started her career with the drama-thriller film Nasha as Sunny in 2013. Rohan debuted with the television horror series Darr Sabko Lagta Hai in 2016. He appeared in the dramedy mini-series Time Out as Zain in 2017. The Next year, he got featured in the crime-drama series Bar Code as Mickey in 2018. In 2019, he played the role of Ashish Chawla in the comedy mini-series Adulting. In 2020, he played the role of Priyan in the drama movie Thappad starring Tapasi Pannu. He has performed in a number of sketch videos of companies including FilterCopy, ScoopWhoop, Culture Machine, and RVCJ.

Some Facts About Rohan Khurana

If you have more details about Rohan Khurana. Please comment below we will update within an hour.