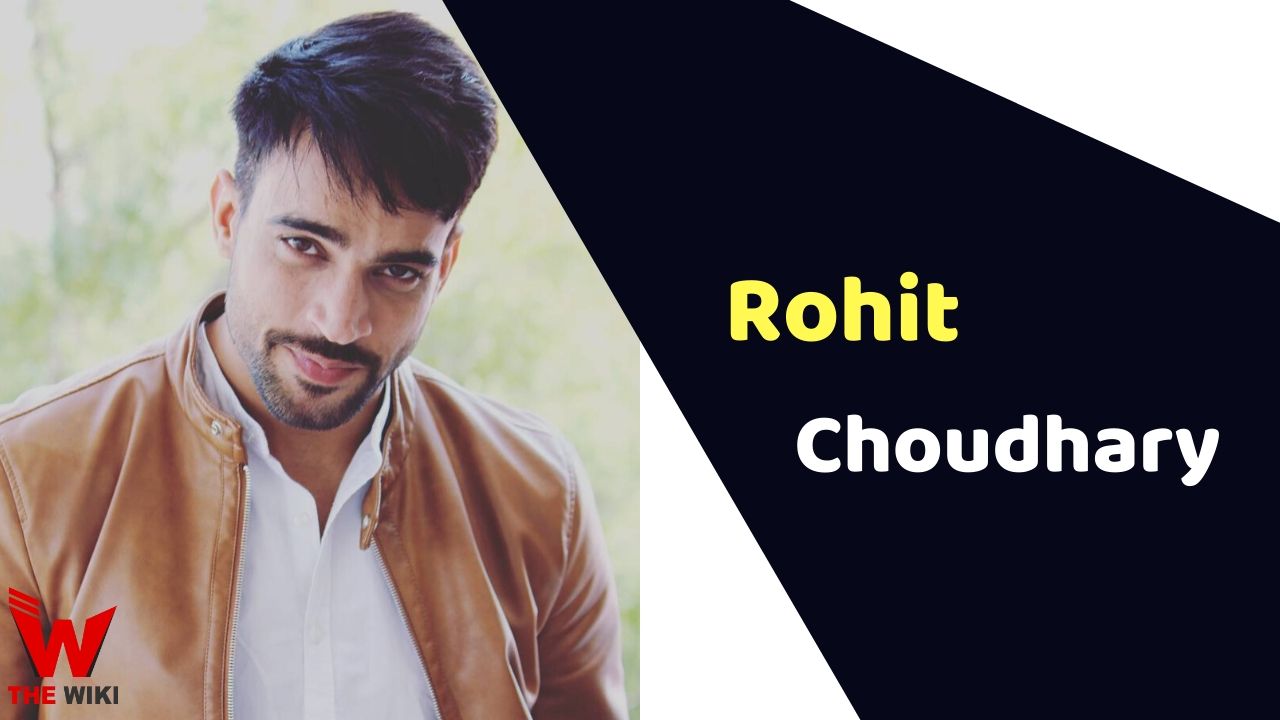 Rohit Choudhary is an Indian television actor. He is known for television shows like Naagin 3, Qayamat Ki Raat, Chandrakanta and Vighnaharta Ganesha. He is active in the television industry since 2015.

Rohit Choudhary was born in Sikar, Rajasthan. He was a bright student since childhood. He never thought he would work in the television industry one day. Choudhary did his education from G.B. Modi Vidya Mandir and Birla Senior Secondary School. After which he got B. Tech degree from Jaipur National University. After completion of studies, he started working in the well known IT company Infosys.

While working at Infosys in Bangalore, he lean towards acting and modeling. He started modeling as part time job under Prasad Bidapa Associates. After gaining fame in the modeling industry, he left his job and came to Mumbai to learn acting. In Mumbai, he joined Anupam Kher’s acting school ‘Actor Prepares’. During this time, he attended many Bollywood stars workshops like Neeraj Kabi.

Rohit got the opportunity to make his television debut in the 2015 serial Draupadi. He played an important role in this serial. Later, he got a chance to work in many popular shows like Naagin 3, Qayamat Ki Raat, SuperCops vs Supervillains, Vighnaharta Ganesha, Chandrakanta and Chandra Nandini.

Rohit married Suman Chaudhary on 9 November 2013. This couple also blessed with a baby girl Siya in 2017.

Some Facts About Rohit Choudhary

If you have more details about Rohit Choudhary. Please comment below we will updated within a hour.