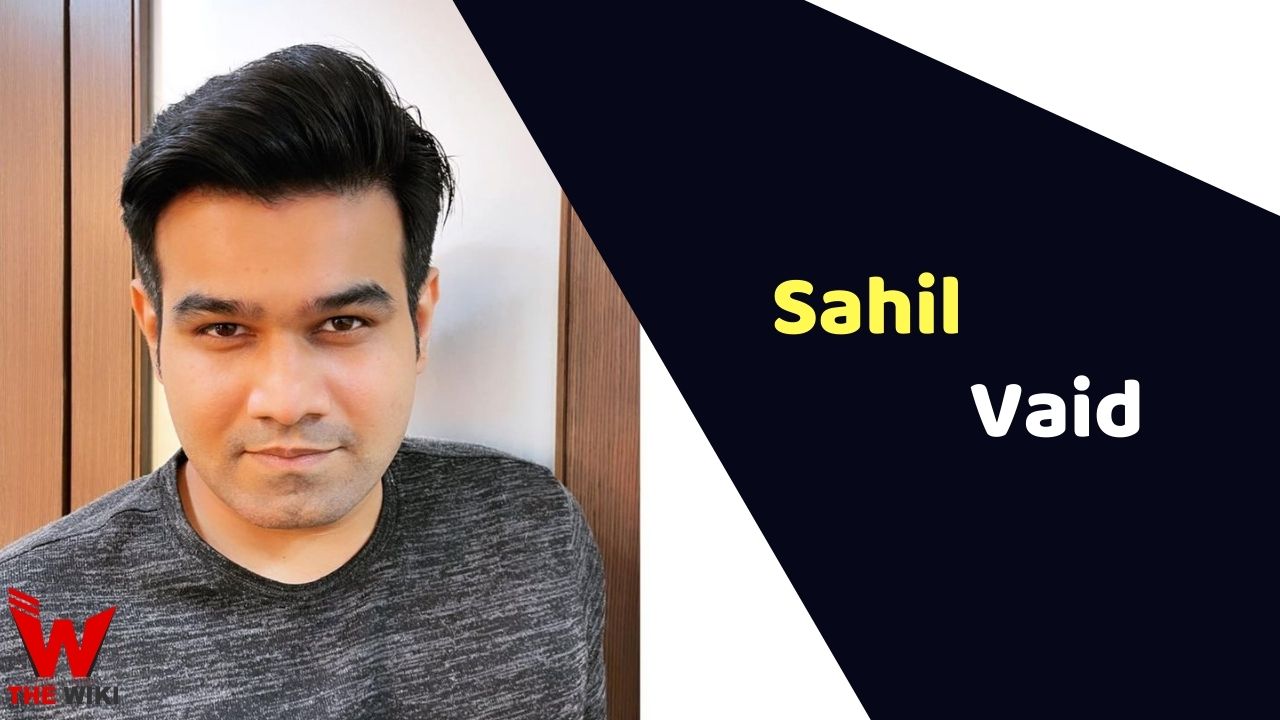 Sahil Vaid is an Indian actor and voice-over artist. He got acknowledged for playing a variety of roles in the first online stand-up comedy Jai Hind!. He is most famous for his work in the movies like Humpty Sharma Ki Dulhania (2014), Badrinath Ki Dulhania (2017), Dil Bechara (2020), and Coolie No. 1 (2020).

Sahil Vaid was born on 24 September 1986 in Salem, Tamil Nadu. His father’s name is Satish Vaid, and his mother’s name is Poonam Vaid. He did his schooling at Sumermal Jain Public School, New Delhi, and graduated from Jagan Institute of Management Studies, New Delhi, and Guru Jambheshwar University of Science and Technology, Hisar, Haryana. Sahil got acting training from New Delhi’s Whistling Woods International School.

Sahil began his career with the romantic film Ye Stupid Pyar as Simran’s friend in 2011. The Next year, he got featured in the comedy movie Bittoo Boss starring alongside Pulkit Samrat and Amita Pathak. He starred in the 2014 rom-com movie Humpty Sharma Ki Dulhania as Poplu, best friend of Humpty played by Varun Dhawan. In the same year, he appeared in the romantic movie Kaanchi: The Unbreakable as Sanjay Pathare in 2014. Sahil was later part of Badrinath Ki Dulhania and Bank Chor. In 2020, he got featured in the romantic movie Dil Bechara as Jagdish Pandey, a friend of Manny. The film is based on the novel The Fault in our Stars.

Some Facts About Sahil Vaid

If you have more details about Sahil Vaid. Please comment below we will updated within a hour.