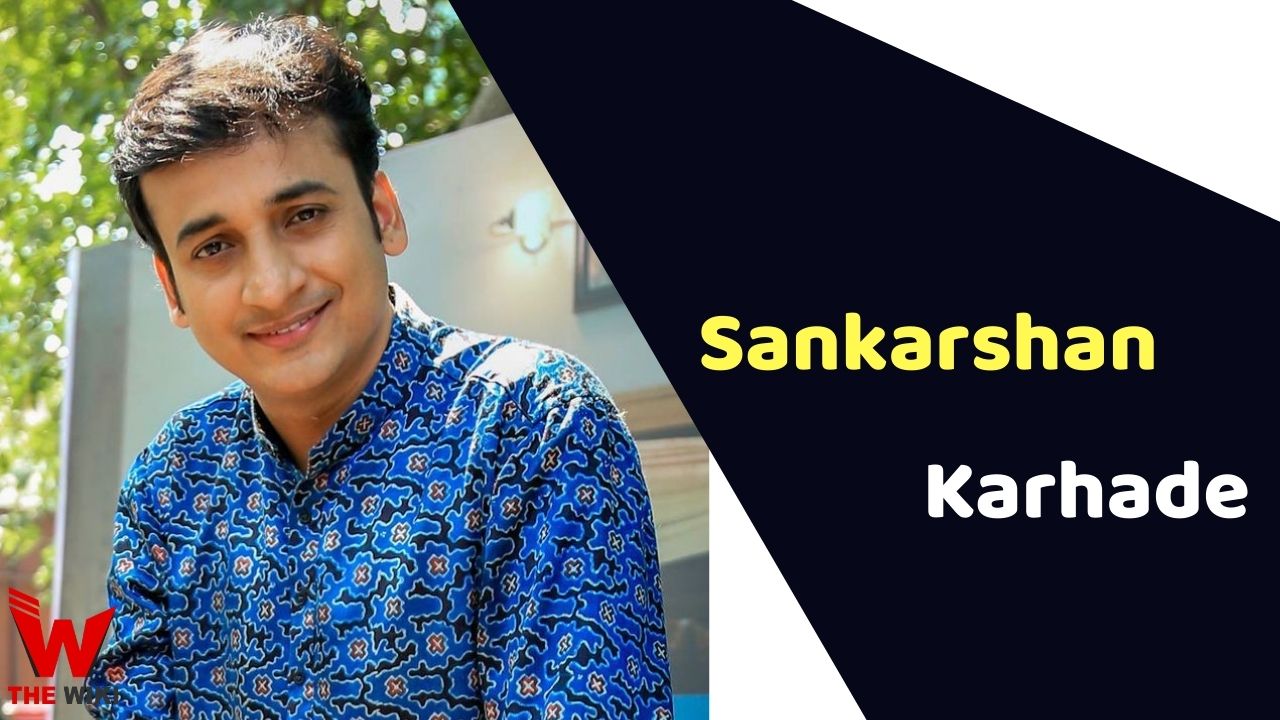 Sankarshan Karhade is an Indian actor and anchor. He earned recognition by playing role of Sameer in Zee Marathi’s television serial Majhi Tujhi Reshimgath and won Zee Marathi Award 2021 for his performance. He also worked in Khopa, Nagpur Adhiveshan and Wedding Cha Shinema.

Sanskarshan Karhade was born on 22 June 1990 in Parbhani, Maharashtra. He started his career with the television drama series Aabhaas Ha as Manish. In 2012, he got featured in the television drama series Mala Saasu Havi as Rushi. He appeared in the drama serial Khulata Kali Khulena as Salil in 2016. He did a tv drama-romantic series Mazhi Tuzhi Reshimgaath as Sameer starring alongside Shreyas Talpade and Prarthana Behere in 2021.

Besides television, Sankarshan made his debut with the film Nagpur Adhiveshan as Ankush in 2016. He played the role of Dilip Shahane in the comedy film Wedding Cha Shinema 2019. An insight into the most adventurous journey known as Wedding. He did a short family movie Ayushi in 2021.

Sanskarshan Karhade tied the knot with Shalaka Pande. The couple blessed with twins, a boy Sarvagya and a girl Sragvi.

Some Facts About Sankarshan Karhade

If you have more details about Sankarshan Karhade. Please comment below we will updated within a hour.