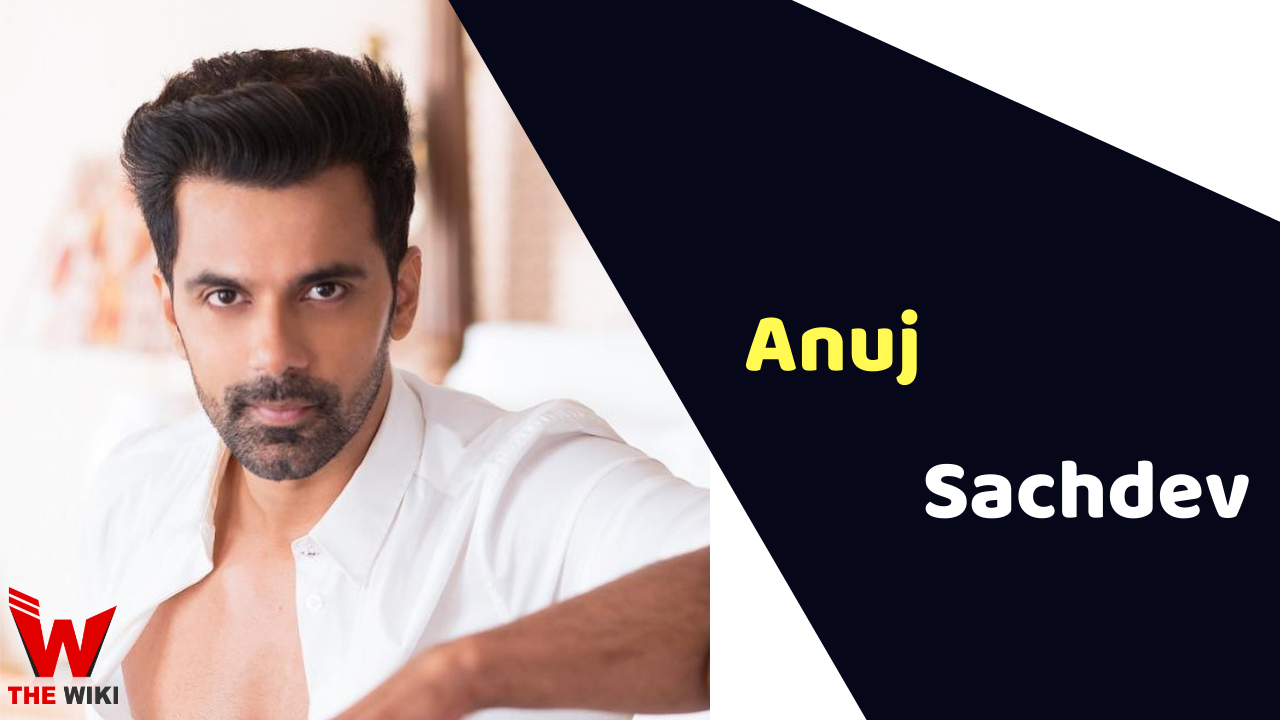 Anuj Sachdev is an Indian soap opera and movie actor and model. He has worked in advertisements and television broadcasts. He was a participant in the reality youth-based show MTV Roadies in 2005. He has depicted the role of Sahil Sengupta on the popular TV show Couleurs Swaragini – Jodein Rishton Ke Sur.

Anuj Sachdev was born on 5 October 1984 in New Delhi, India. His father’s name is Prem Sachdeb, and his mother’s name is Shama Sachdev. He did his schooling at NC Jindal Public School, New Delhi, and graduated from Delhi College of Arts and Commerce and method acting course at Lee Strasberg Theatre and Film Institute.

Anuj started his career with the television reality show MTV Roadies 3 as a Contestant on MTV India from 2005 to 2006. He got featured in the drama series Sabki Laadli Bebo as Amrit Malhotra, Bebo’s husband, aired on Star Plus from 2009 to 2011. He made his guest appearance in the TV shows like Yeh Rishta Kya Kehlata Hai, Kayamath, Tujh Sang Preet Lagai Sajna, Kis Desh Mein Hai Meraa Dil, Sajan Ghar Jaana Hai and Sapna Babul Ka… Bidaai. In 2012, Anuj appeared in the Zee TV show Phir Subah Hogi as Thakur Aditya Singh. The focus was on the Bediya community in the Bundelkhand region.

He acted in the family drama-comedy show Chhanchhan as Manav Borisagar in 2013. He took part in the show Box Cricket League 2 in 2016. In the same year, he starred in the serial Swaragini- Jodein Rishton Ke Sur as Sahil Sen Gupta, Swara’s friend, and kidnapper in 2016. Based on the bitter-gentle relationship between two stepsisters. In 2018, he played the role of Bijua and Nikhil in the romantic-horror series Laal Ishq in episodes 22 and 39. He acted in the 2019 thriller series Ek Bhram Sarvagun Sampanna as Vyom Malhotra. He participated in the dance reality show Nach Baliye Season 9 with Urvashi Dholakia in 2019.

Anuj debuted with the film Delhii Heights in 2007. He got featured in the romantic-drama movie Haani as Harman in 2013. The movie is composed of two intrigues in the years 1964 and 2013. In 2014, he appeared in the sports-drama movie Hawaa Hawaai as Bugs, Aniket’s elder brother. He acted in the Punjabi rom-com movie Police in Pollywood in 2014. He did a romantic-comedy movie Love Shagun as Jyotiraditya Suryakant Dubey in 2016.

Some Facts About Anuj Sachdev

If you have more details about Anuj Sachdev. Please comment below we will updated within a hour.