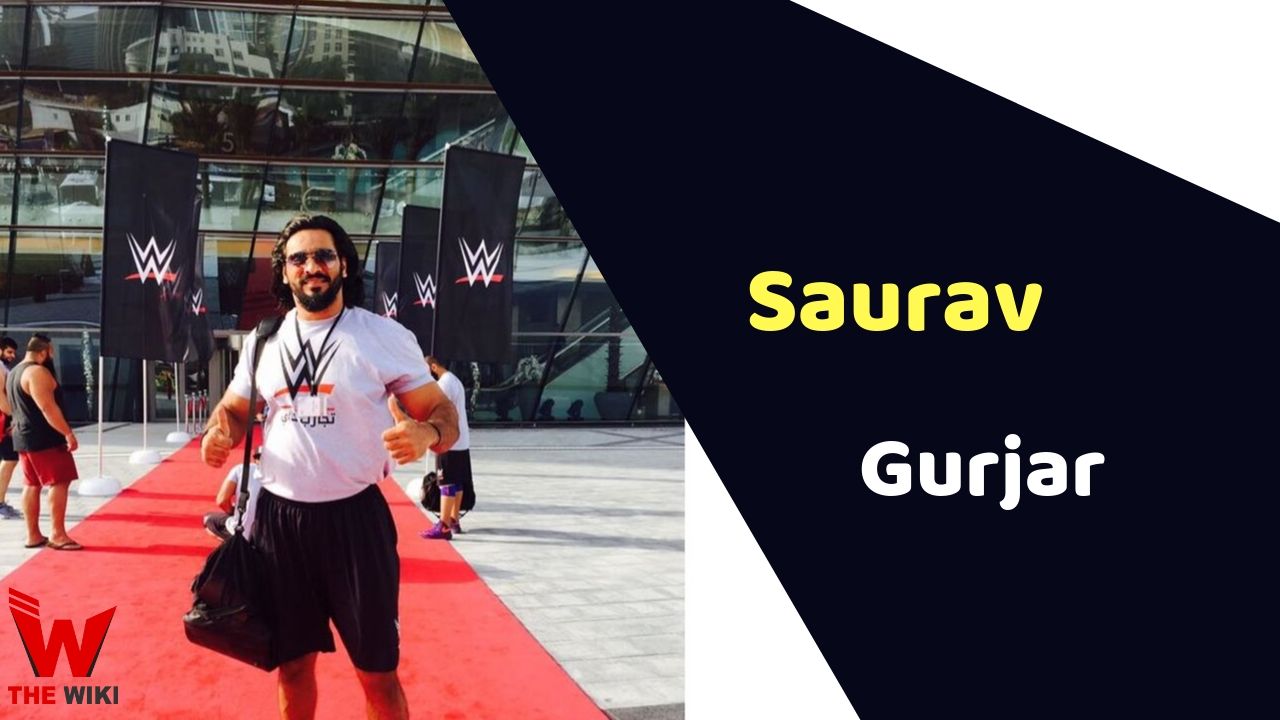 Saurav Gurjar is an Indian professional wrestler and actor, he has also participated in the globally famous WWE. He has gained alot of fame from here. He is originally from Gwalior.

Saurav Gurjar was born on 5 June 1984 in Gwalior, Madhya Pradesh. Both his father and uncle have been wrestlers. Saurav’s father is a farmer by profession. He wanted to pursue a career in kick boxing and wrestling since childhood, he has won the competition of kick boxing at the national level 4 times. While kick boxing, he did not even think he would get a chance to act in television and films.

On one social media, Saurav’s friend saw a post that required an actor of 6’3 ”feet in height. He auditioned for the show Mahabharata in which he was selected. He also took 6 months of training to learn acting. After which he was seen playing the role of Bhima in the Star Plus show Mahabharata. He also made his television debut with this serial. Later, in 2017, he was also seen playing the role of Ravana in another television serial Mahabali Hanuman.

On January 2018, he was selected at the annual event by WWE in Dubai. He signed a three-year contract with WWE under which he took training in Florida. he made his NXT debut with Rinku Singh. According to Saurav, he does not want to earn money through wrestling but wants to brighten the name of the country.

Saurav Gurjar is going to debut in Bollywood very soon and to be seen in an important role in “Brahmastra” directed by Ayan Mukerji. Ranbir Kapoor, Alia Bhatt and Amitabh Bachchan are also going to be seen with him in this film.

Saurav takes special care of his diet, he says that his day starts with 1 liter milk and 45 soaked almonds. After this, they eat 6 potato parathas for breakfast. In lunch, eat one liter of Daal and curd, lots of vegetables and about 16 rotis. In addition, he eats 2 kilos of apples and 2 dozen oranges. Drinking protein shake from time to time is also part of their diet. Their dinner is more than their lunch.

Some Facts About Saurav Gurjar

If you have more Details about Saurav Gurjar. Please comment below we will updated within a hour.