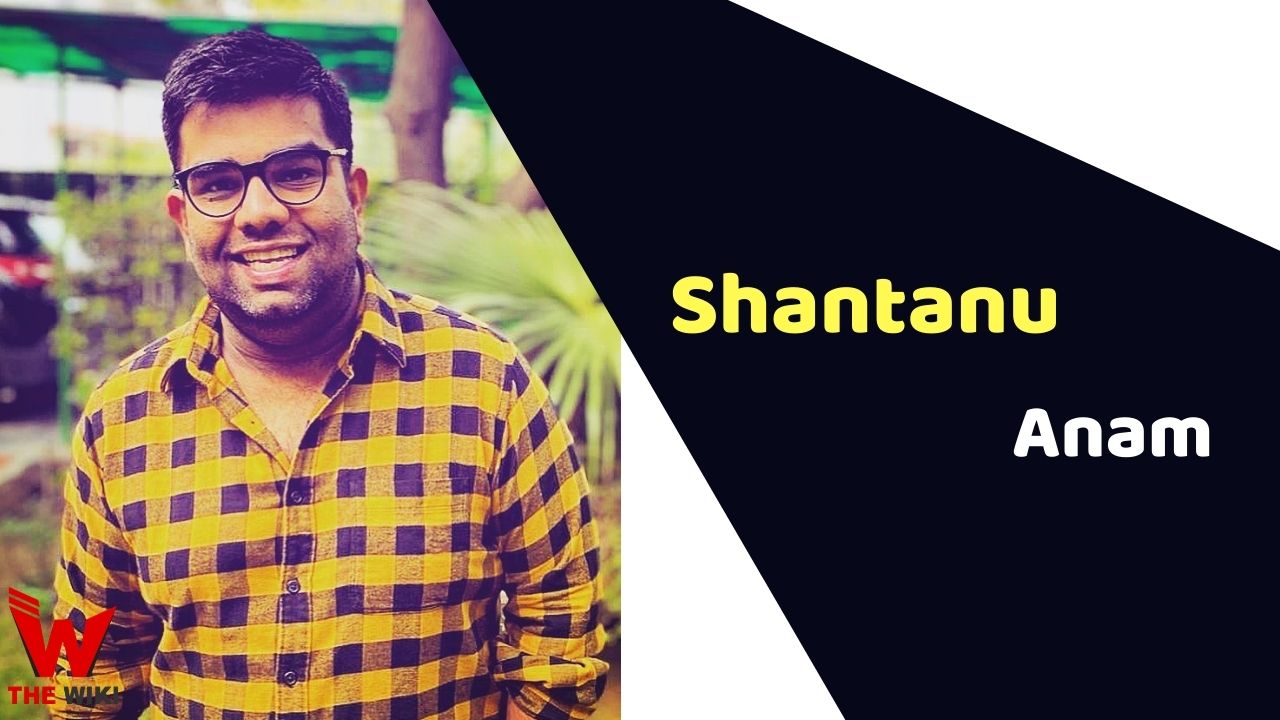 Shantanu Anam is a Indian television actor and a theatre artist. He is a passionate writer, director and actor and has worked in many plays. He debuted on camera in 2014 with movie After The Third Bell.

Shantanu Anam was born to parents Anuradha Duda Reddy and Madhukumar Reddy and was brought up in Delhi, India. He has a sister Rishika Dua. He completed his schooling from there only and graduated from Delhi University. Shantanu has done his acting training and education from the very prestigious Lee Strasberg Theater Institute in Los Angeles, from where global mega-stars like Robert De Niro, and Marilyn Monroe have also trained. He also went to Syracuse University, New York for a two year Masters in Screenwriting.

Shantanu Anam made acting debut in front of a camera in 2014, with a mystery movie called After The Third Bell as Som Lal. In 2015, he got his first commercial success with the hit web series Baked, produced by Scoop Whoop Talkies. It is a series about an online food delivery service. He played the role of Anirban Guha Thakurta aka Oni. He has starred in numerous hit videos on YouTube.

In 2017, Shantanu also had a cameo role in the movie Mantra, starring Kalki. He was also seen in an AIB produced mini-series in 2017. He is currently seen in Disney Plus Hotstar Quix’s Hamara Bar Happy Hour and Teen Do Paanch in a cameo role

Some Facts About Shantanu Anam

If you have more details about Shantanu Anam. Please comment below we will updated within a hour.