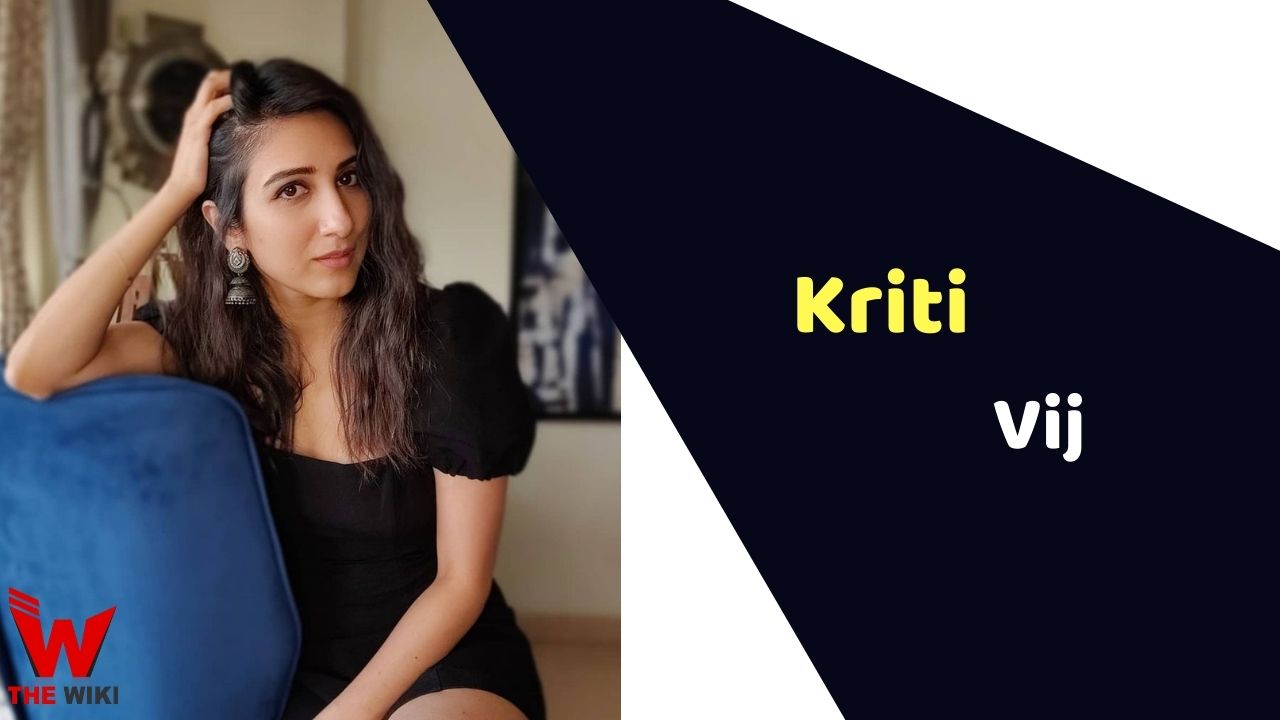 Kriti Vij is an Indian television actor, who mostly works web series and YouTube Sketch videos. She is known for her work in web series Baked, Hamara Bar Happy Hour and Illegal-Justice out of order.

Kriti Vij was born in a Punjabi family in 1990 in Delhi, India. Her father’s name is Naveen Vij. He is very famous architect. Vij is best known for her work in series What the Folks as Shreya. It is a short comedy-drama TV series about the generation gap, modern family stereotypes, and much more fun. She also worked with famous Bollywood celebrities like Neha Sharma in the thriller TV series Illegal-Justice, Out of Order in 2020 which aired on Voot select.

Vij has been part of Dice Media’s ‘Firsts’ season 2 and has worked in many web-series like The Good vibes and TV-series like 2by3 and Filtercopy talkies. She is recently seen in Disney plus Hotstar quix Humra Bar Happy Hour. The show talks about a story of failed actors and friends Pari, Gulshan, Shivam and Fuddu inherit a bar.

Kriti Vij married Pranay Manchanda in 2018. He is also an actor and has worked in numerous YouTube vidoes, web-series and films.

Some Facts About Kriti Vij

If you have more details about Kriti Vij. Please comment below we will updated within a hour.