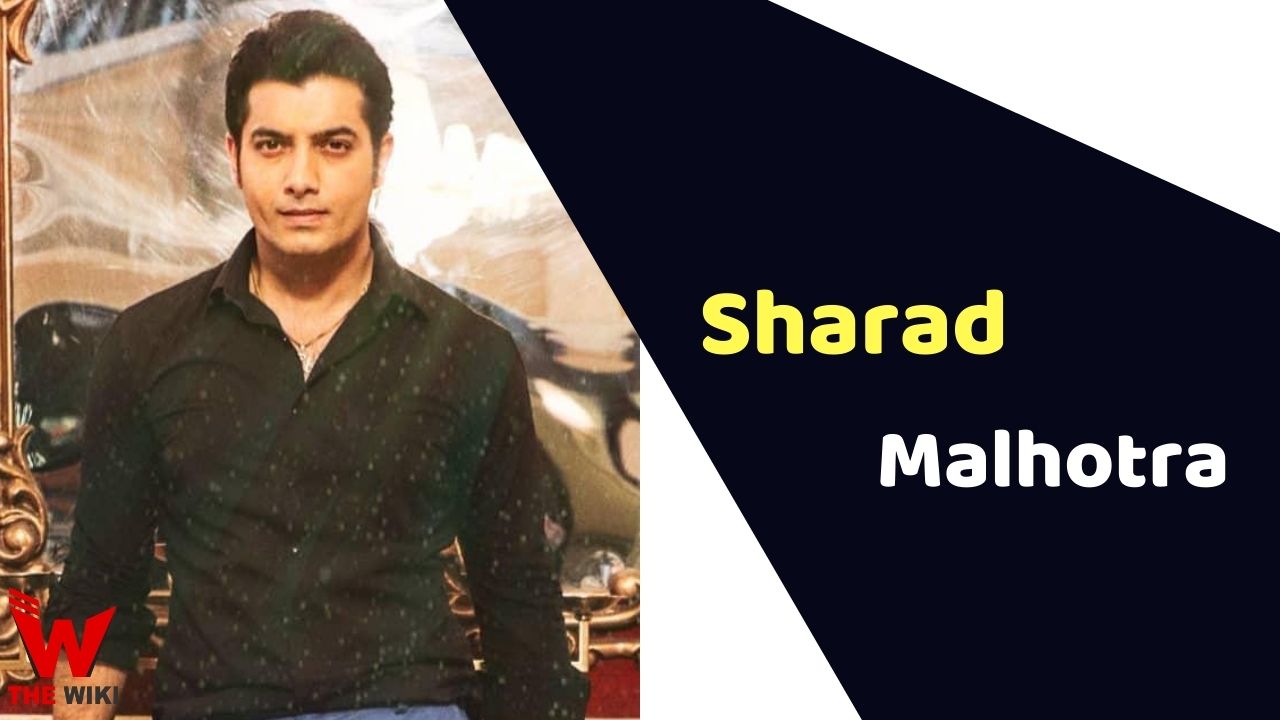 Sharad Malhotra is an Indian actor and model. He is known for his work in the television serials Kasam Tere Pyaar Ki, Banoo Main Teri Dulhann and Muskaan. Currently, he is working of Colors television show Naagin 5. Sharad is from Kolkata, West Bengal.

Sharad Malhotra was born on 9 January, 1983 in Mumbai, Maharashtra. He has an elder sister Reema Pawa. Sharad completed his schooling from St. Xavier’s Collegiate School, Kolkata and then graduated with a Bachelor of Commerce degree.

Sharad started his career with modeling and won the title of ‘Face of the Year Kolkata’. In 2004, he won the title of ‘Zee Cinestar Ki Khoj’ from Kolkata division. Same year he made television debut with the serial Princess Dollie Aur Uska Magic Bag. Sharad rose to fame with Zee TV’s show Banoo Main Teri Dulhann alongside of Divyanka Tripathi in the lead character of Sagar Pratap Singh. Later he also worked on Maharana Pratap, Kasam Tere Pyaar Ki and Muskaan.

Sharad dated Divyanka Tripathi, his co-star from Banoo Main Teri Dulhann but they broke up in 2015 after an 8 year old relationship. He married Ripci Bhatia, a Delhi-based designer and creative director in 2019.

Some Facts About Sharad Malhotra

Someone told me the smile on my face gets bigger when I play the guitar 😁…but here I was trying too hard to get my chords rite 😋….. … #newfoundlove #music 🎸❤🎸 #Jimihendrix #stevevai 🤟