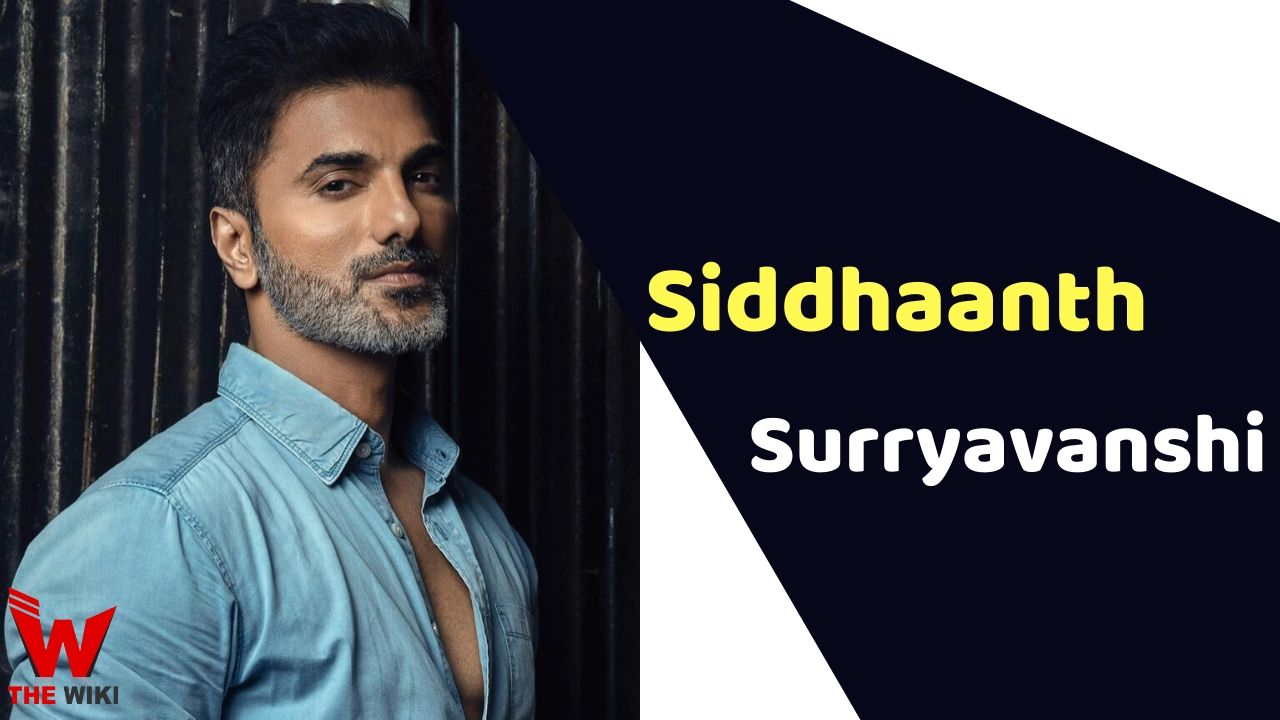 Siddhaanth Vir Surryavanshi was an Indian television actor. He is known for his appearance as Akshay in TV show Mamta on Zee TV. He was also part on many TV serials including Waaris, Sufiyana Pyaar Mera and Suryaputra Karna. He was active in the television industry for almost 2 decades. On 11 November 2022, he passed away during a work out session in gym.

Siddhaanth Vir Surryavanshi was born on 15 December 1975 in Mumbai, Maharashtra. His real name is Anand Suryavanshi. He was fond of acting since childhood and for a long time he was associated with theatre. Suryavanshi got his chance to work on television from Kkusum serial in 2001. He appeared in Gautam’s role in this serial. After this serial, he was seen playing important roles in many popular serials like Kasautii Zindagii Kay, Saat Phere, Virrudh, Waaris and Sufiyana Pyaar Mera.

In 2022, Siddhaanth was last seen in SAB television show Ziddi Dil Maane Na in the character of Major Param Shergill.

Siddhaanth married with Ira Suryavanshi in 2001. The couple blessed with a baby girl named Diza. In 2015, this couple separated their ways. After which, Siddhaanth got married to supermodel Alesia Raut in a traditional ceremony at the Sri Sri Radha Rasbihari temple Iskcon Juhu in Mumbai on 23 November 2017. This was also Alesia Raut’s second marriage, she has a boy Mark from her first marriage.

Some Facts About Siddhaanth Vir Surryavanshi

If you have more details about Siddhaanth Vir Surryavanshi. Please comment below we will update within an hour.