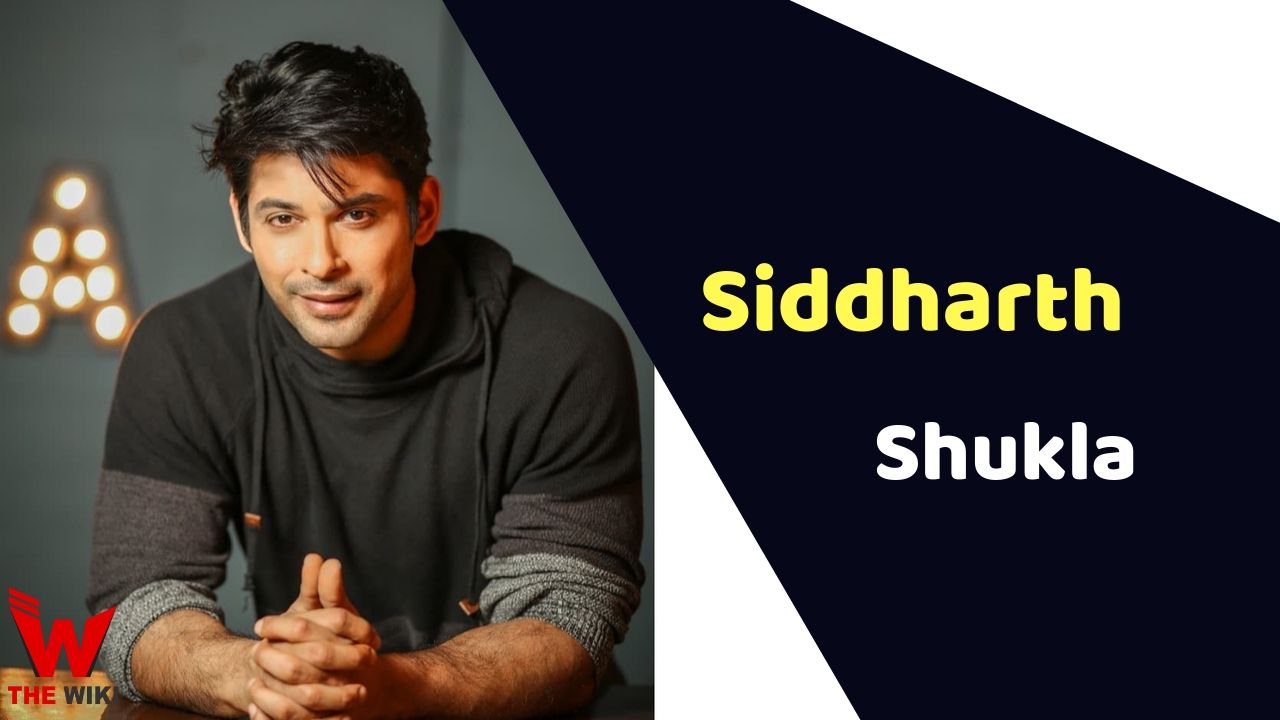 Siddharth Shukla was a television actor. He is known in the television industry for shows like Balika Vadhu, Dil Se Dil Tak, Love You Zindagi and Babul Ka Aangann Chootey Na. He had participated in many television shows as a guest and contestant. He emerged as the winner of reality shows Bigg Boss 13 and Fear Factor: Khatron Ke Khiladi 7. Apart from television, he also played an important character in the film Humpty Sharma Ki Dulhania.

Siddharth received his early education from St. Xavier’s High School. After which he took a course in interior designing from Rachna Sansad School of Interior Designing. Siddharth wanted to become an interior designer before coming to Mumbai.

Siddharth stepped into the television industry in 2008. He made his television debut on the television show Babul Ka Aangann Chootey Na. Later, he worked in the well-known serials Jaane Pehchaane Se, Ye Ajnabbi and Love You Zindagi. In 2012, Siddharth played an important character of Shivraj Shekhar in Colors TV popular TV serial Balika Vadhu. Siddarth gained a lot of fame through this show and became one of the top actors in the television world.

Siddharth played the supporting actor role for Karan Johar’s Dharma production in the movie Humpty Sharma Ki Dulhania, for which he was also awarded the Stardust Award. Siddharth has signed a deal with Dharma Production for the other two films as well. After which he did not appear in any other film.

Some Facts About Siddharth Shukla

If you have more Details about Siddharth Shukla. Please comment below we will updated within a hour.