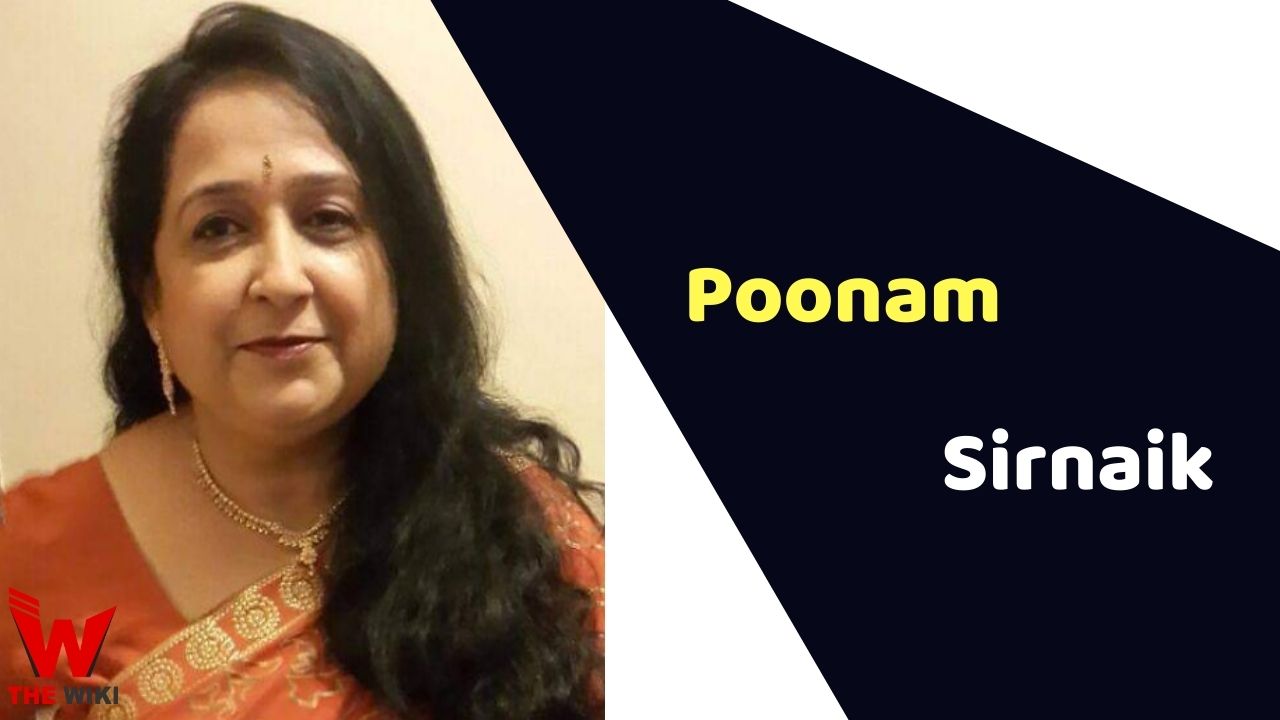 Poonam Sirnaik is an Indian television and film actress. She is most famous for her work in Bollywood films like Neerja, Dream Lock, and Good Newwz. She has also appeared as the funny grandmother of the protagonist Rahul in Discovery Jeet channel’s series Shaadi Jasoos in the year 2018. From 2018 to 2020, she starred in the drama series Patiala Babes as Shammi Khurana.

Poonam Sirnaik was born in Agra, Uttar Pradesh. She did her schooling at Queen Victoria’s School and graduated from Dr. Bhimrao Ambedkar University. She also attended the Indian Institute of Management, Kolkata. She has been a branch manager in the Peerless General Finance & Investment company.

Poonam started her career with the comedy-romance film Gori Tere Pyaar Mein, produced by Karan Johar in 2013. She starred in the biographical-drama thriller and award-winning film Neerja as Poornima Hardikar in 2016. In the same year, she got featured in the crime-drama movie Dream Lock as Maria. She has appeared in a supporting character in 2019 comedy-drama movie Khandani Shafakhana. She later played a cameo role in Akshay Kumar and Kareen Kapoor starrer film Good Newwz.

Besides films, Poonam is quite active in television industry. She made her debut with the television serial Qubool Hai in 2012. She acted in the web mini-series All About The Section 377, played the role of Rohit’s mother. Poonam got featured in the Amazon original series Made in Heaven as Magistrate Joshi’s wife in 2019. Recently, she got featured in the Star Plus’ serial Shaurya Aur Anokhi Ki Kahani, in the character of grandmother of female lead.

Some Facts About Poonam Sirnaik

If you have more details about Poonam Sirnaik. Please comment below we will updated within a hour.