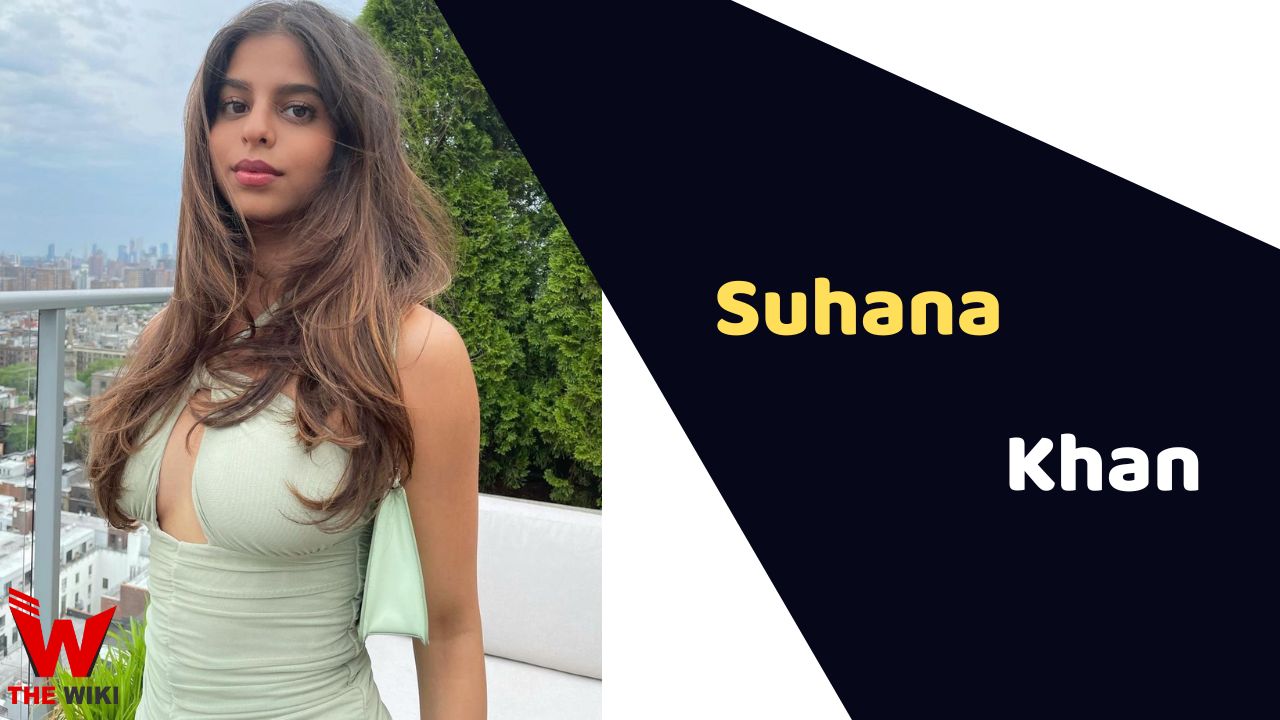 Suhana Khan is an Indian actor. She is renowned as the daughter of Shah Rukh Khan. She is going to debut in Bollywood through Zoya Akhtar’s directed film The Archies in 2023, starring alongside Khushi Kapoor, Vedang Raina, Agastya Raina and .Dot.

Suhana Khan was born on 22 May 2000 in Mumbai, Maharashtra. Her father’s name is Shah Rukh Khan, is a Bollywood actor, and her mother’s name is Gauri Khan, is an interior designer. She has two siblings named Aryan Khan and Abram Khan. Suahan did her schooling at Dhirubhai Ambani International School, Mumbai, and graduated from Ardingly College and Tisch School of the Arts.

Suhana started her acting career as an actress with the short movie The Grey Part of Blue.  In 2022, she signed for Netflix upcoming Hindi film The Archies. The film will also star Khushi Kapoor, Vedang Raina, Agastya Raina in the lead role.

Some Facts About Suhana Khan

If you have more details about Suhana Khan. Please comment below we will update within an hour.