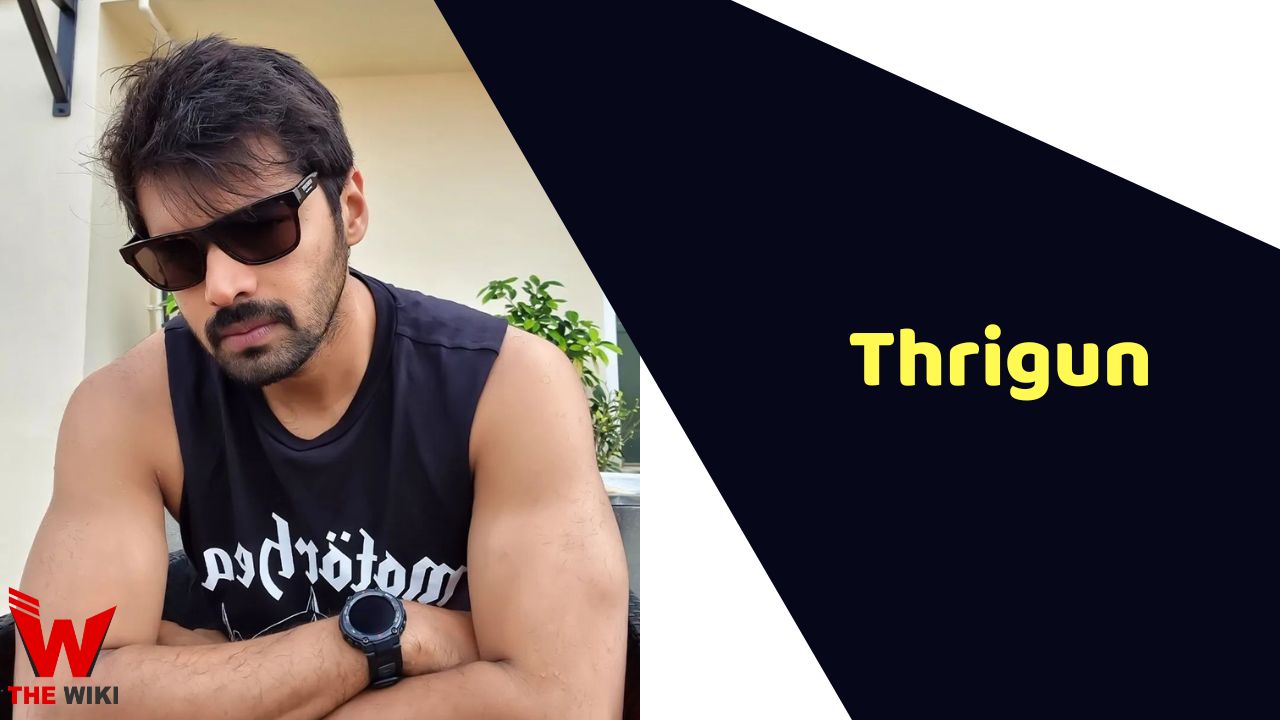 Thrigun (also known as Adith Arun) is an Indian film actor who mainly works in Tamil and Telugu movies. He is popular for his performance in films like Konda, WWW, Manasuku Nachindi, Podhu Nalan Karudhi and 11th Hour. He bagan his acting career with Telugu movie Katha in 2009.

Thrigun was born on 8 June 1990 in Chennai, Tamil Nadu to a Tamil Hindu family. He was born as the only son to his parents. He did his schooling in Vizag and pursued journalism in Madras Christian College.

Thrigun met Prakash Raj and other producers during a casting for the film Inidhu Inidh and instantly selected for the male lead role of movie Katha. He portrayed the role of Krishna opposite to Genelia D’Souza in the film directed by Srinivas Raga. He was later hired by Balaji Mohan in 2010 to co-star with Regina Cassandra in Maalai Pozhudhin Mayakathilaey, followed by Weekend Love in 2014.

In March 2015, Sai Korrapati’s highly anticipated Telugu film Tungabhadra was released in which he played lead role of Sreenu. In 2017, he co-starred with Telugu actors Navdeep and Tejaswi Madivada in the Yupp TV web series Mana Mugguri Love Story. His other notable films are WWW, Dear Megha, 11th Hour and Chikati Gadilo Chithakotudu.

Some Facts About Thrigun

If you have more details about Thrigun. Please comment below we will update within an hour.