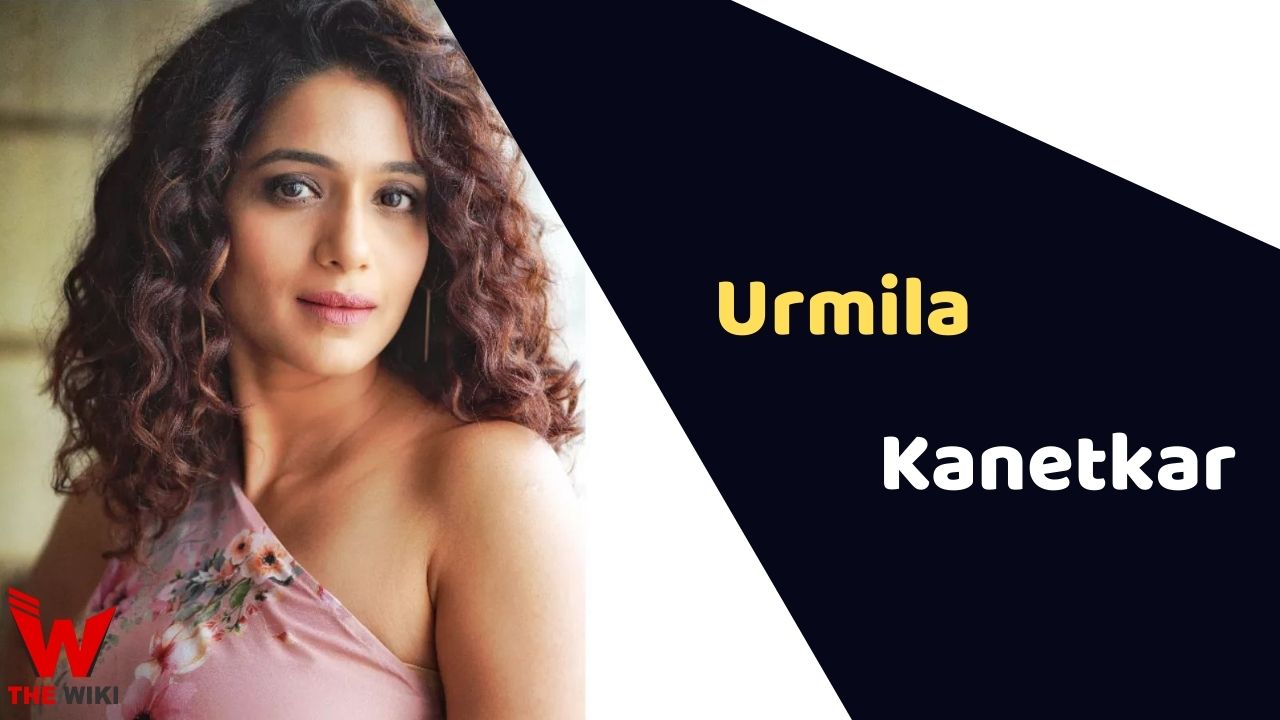 Urmila Kanetkar is an Indian producer, dancer, and actress who predominantly works in the Marathi cinema industry. She is renowned for her roles in the Marathi films Duniyadari, Shubh Mangal Saavadhan and Ti Saddhya Kay Karte. She has also done several television serials like Maayka, Sukh Mhanje Nakki Kay Asta, Asambhav and Mera Sasural.

Urmila Kanetkar was born on 4 May 1986 in Mumbai, Maharashtra to a Hindu brahmin family. Her father’s name is Shrikant Kothare, and her mother’s name is Neelima Kanetkar. Urmila did her schooling from Victoria High School. Later she completed her graduation in Bachelor of Arts from St. Xavier’s College, Mumbai.

Urmila started her career with the film Shubh Mangal Saavdhan as Supriya in 2006. In 2011, she got featured in the movie Mala Aai Vhhaychy! as Yashodha, a poor surrogate mother. She appeared in the Marathi film Duniyadari as Minu in 2013, the film based on the Suhas Shrivalkar’s novel of the same name.

In 2013, she debuted in Telugu cinema with the drama movie Welcome Obama as Yashodha. It is a remake of the Marathi movie Mala Aai Vhhaychy. The Next year, she acted in the movies Time Pass and Time Pass 2 as Spruha in 2014 and 2015. Urmila appeared in the psychological-thriller film Anvatt as Madhura starring alongside Adinath Kothare and Bhargavi Chirmule. Urmila subsequently part of many film like Pyaar Vali Love Story, Mango Dolly and Ti Saddhya Kay Karte.

Urmila debuted with the television series Maayka as Raji, the eldest Malhotra sister, in 2007. She got featured as Shubhra in the drama-suspense serial Asambhav aired on Zee Marathi in 2007. In 2018, she played a prominent role of Margaret Mascarenhas in the crime drama-thriller web series Breathe premiered on Amazon Prime.

Urmila Kanetkar tied the knot with Adinath Kothare in 2011. The couple has a daughter named Jiza Kothare.

Some Facts About Urmila Kanetkar

If you have more details about Urmila Kanetkar. Please comment below we will updated within a hour.